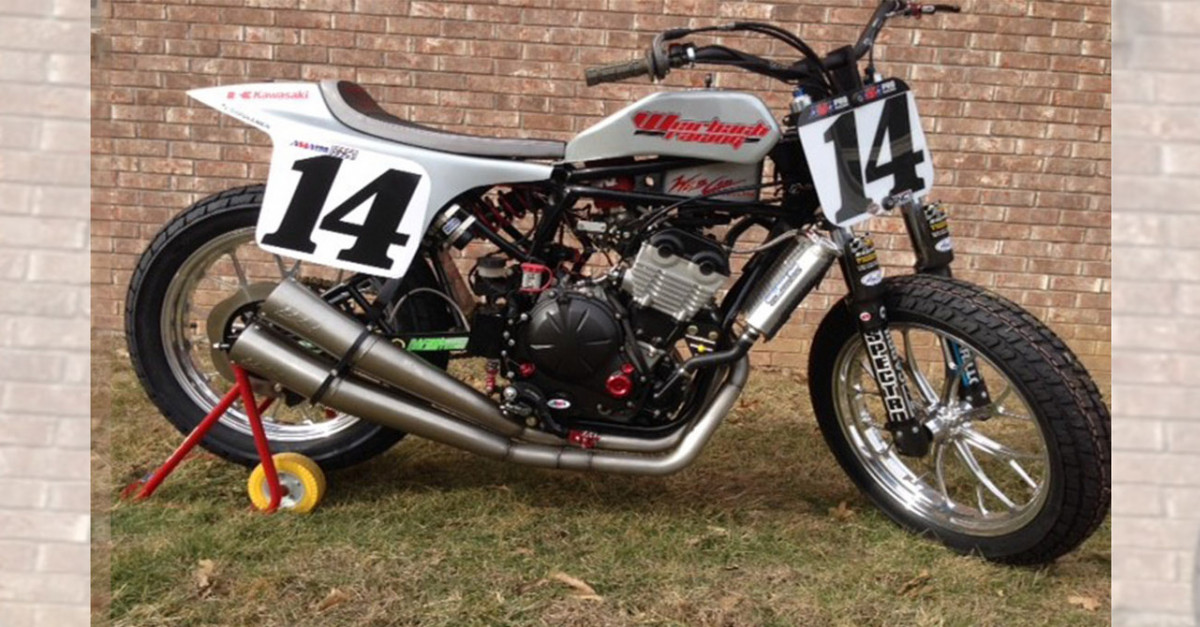 20-year-old Bauman has accomplished much in his young career with series wins at Daytona short track in 2014 and most recently at the 2015 season finale in Las Vegas. The Vegas win secured Briar 5th position in the overall series point standings for 2015. Briar also secured a respectable 6th place finish at the inaugural Harley Davidson X Games flat track event last year in Austin Texas.

Briar’s take on the upcoming season, “I am really excited to join Weirbach Racing for the 2016 season. I believe we are capable of great things. Goals for 2016, to win a twins national and finish in the top 3 for the series.” Briar is no stranger to the podium on a 750, with 3rd place finishes last year at Lima and Sturgis and in 2013 at Pomona, but has set his sights on reaching the top step aboard a twin cylinder bike.

Weirbach Racing’s established stable of Kawasaki twins have been developed and refined over the last 3 seasons with proven results. Partnering with Racing Unlimited’s Alan Roderborn has been key to the performance and dependability of the team’s Kawasaki power plants.

Ted Weirbach commented, “We are proud and excited to sponsor Briar. He is a great young talent with solid character a desire to win. He has proven that he has what it takes to run upfront on all types of tracks. I can’t wait to see what we can accomplish together.

The team is busy building and preparing and testing motorcycles over the winter months, aimed at a successful 2016 season. Dick Weirbach stated, “We believe that things are coming together at the right time and it is special to have a rider of Briar’s caliber controlling the throttle. I am looking forward to a great year. “

About Weirbach Racing:
Weirbach Racing is run, owned and operated by Ted Weirbach and his father Dick Weirbach. Dick is a veteran of the flat track scene for better than 35 years. He ran as a novice in the late 60’s and owned a Bultaco motorcycle shop for eight years. Weirbach racing was founded in 2000. In 2009, the inaugural year of the AMA Pro Singles Championship, Weirbach Racing’s James “the Rocket” Rispoli took second place overall and in 2011 Mikey Martin won the Pro Singles Championship. Other notables to ride for Dick & Ted are Henry Wiles, Sammy Halbert, Aaron King, Jesse Janisch, and Davey Durelle and Rob Pearson. Check their web site for more information http://www.weirbachracing.com

About Racing Unlimited Kawasaki/Victory/Polaris: The multi-line dealership is soon to celebrate it’s 25th year in business. The store is one of the Midwest’s largest “Kawasaki Team Green” dealers, and is also a Race Tech Suspension Center. For more information see: http://www.racingunlimited.com.