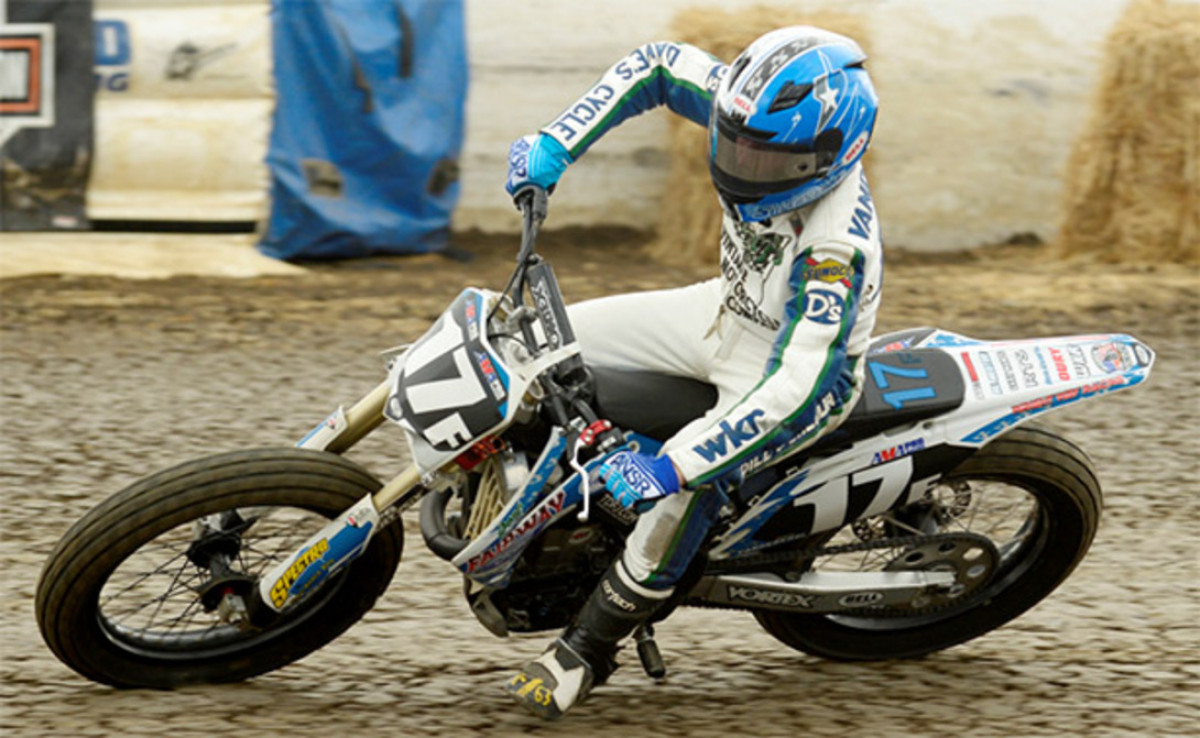 "We started off the day qualifying 24th the first round of practice. The bike was not handling very good so we switched and went to the Yamaha and at the end of qualifying we ended up 14th overall. That put us on the back row for our heat race where I had a really good start and worked my way up to second, which put me on the front row of the main.

"When I came in off the track my dad and I talked about set up and changed a few things. In the main, I got off to a good start and was up to second and passed for the lead on the 3rd lap and never looked back. I was pretty excited to put our John Bevilock/Woody Kyle Racing Yamaha on the top box. I can't thank everyone enough for the help and support."

VanDerKooi, who was too young to start the season as a Pro at Daytona, now sits eighth in the points following his Grays Harbor Half-Mile win and will look to build off his momentum this coming weekend at Sacramento.

Motorcycle Superstore's Kyle Johnson finished 4th and continues as the points leader of the Pro Singles class. Johnson has run consistently all season and his fourth place finish aboard his Parkinson Brothers Racing Honda was the first race he hasn't won since the season opener at Daytona.

Ryan Wells finished 3rd at Grays Harbor and is only one point out of the series lead.
"I knew I was going to have my hands full right from the get go," said Wells. "I missed the front row in the main by one position but I just kept charging. Hopefully we'll move up a couple spots on the podium at Sacramento."

AMA Pro Flat Track will head to Sacramento, Calif., for the Sacramento Mile at the Cal Expo on July 26, 2014. You can watch all the action live on line at FansChoice.tv.