On his day, there is no rider in the paddock Jeffrey Carver, Jr., cannot defeat straight up. The only thing preventing him from taking the next step to full-on championship contender status is the ability to tap into that stunning form on a more consistent basis. The Illinois native has made significant strides in that direction in recent years. The 2007 AMA Dirt Track Horizon Award winner and 2010 GNC2 champion, Carver strung together several seasons in which he floated around the tail-end of the championship top ten after graduating to the premier category in 2011. In 2017, he found a new level. From ‘17-’19, he logged three consecutive seasons in which he finished inside the championship top five, scoring two wins and 14 podiums over that span. A cerebral racer who brings a mystical mindset to the racetrack, Carver is among the most self-aware riders when it comes to the importance of the mental side of racing. He also boasts an exciting riding style and is more than willing to try unconventional lines in the pursuit of ever greater speed. And for racing trivia buffs, Carver seems likely to go down in the history books as the last man to win a Main Event on the venerable Harley-Davidson XR750 with his 2017 triumph at the Lone Star Half-Mile. Carver will open the 2020 season as a season-long AFT SuperTwins competitor with Happy Trails Racing. 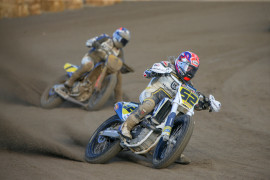 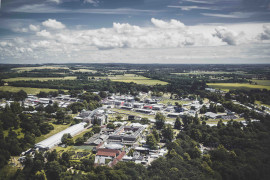 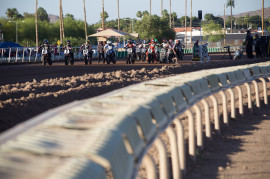 There’s nuthin’ like a Mile race, and this Saturday's Arizona Mile will prove the old adage yet again with some of the fastest, wildest and most unpredictable motorcycle racing of the year 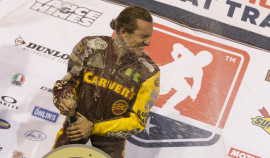 For this week’s Facebook Five, fans got a chance to ask Carver some questions and here are his answers…