Kenny Coolbeth Jr. is capping off a 25-year career aboard the Nila Racing Indian Scout FTR750 for the 2018 American Flat Track season. After winning a place among flat track racing’s elite with three Grand National Champion titles in just three years (2006, 2007, 2008), he’s just one TT win away from a flat track Grand Slam (Mile, Half-Mile, Short Track, and TT wins). His 36 victories have him fifth on the all-time win list, and the 41-year-old isn’t slowing down in his final season, earning five podiums to-date in 2018. 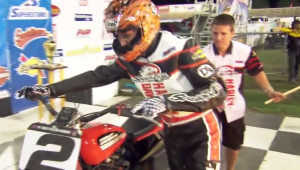 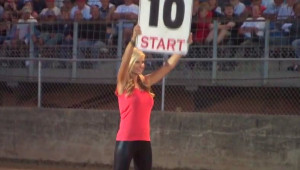 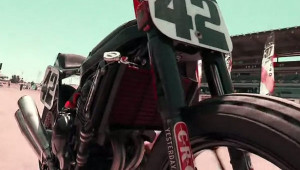 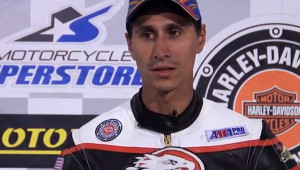 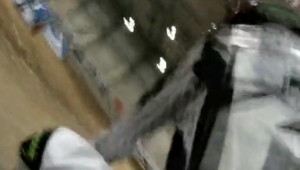 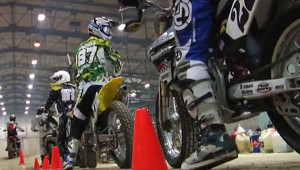 Four consecutive wins hint that Bryan Smith has been dominant at the Sacramento Mile, but a closer look tells a different story, that Smith needed every ounce of talent and every bit of muscle from hi...

The Sacramento Mile is already a premier event on the AMA Pro Flat Track schedule, but the stop has the potential to be absolutely huge for one Grand National Championship title contender.

The 2014 AMA Pro Flat Track season is in full-swing and Hagerstown Speedway and the Hagerstown Half-Mile promises to be a make-or-break round for the Grand National Championship title hopefuls this Fo...

One of the biggest indicators that summer is quickly approaching each year is when the stars of AMA Pro Flat Track roll their two-cylinder motorcycles off the trucks at the Illinois State Fairgrounds...

Kenny Coolbeth, Jr. made headlines this offseason when he announced his plans to join Zanotti Racing in 2014 after competing with the Factory Harley-Davidson team for many years. Coolbeth won three co...

From heartbreak to heroics, there was no shortage of drama when AMA Pro Flat Track kicked off its 2014 season last weekend with its season opening rounds at DAYTONA Flat Track in Daytona Beach, Fla. o...

Kenny Coolbeth to Ride with Zanotti Racing in 2014