Sandriana Shipman started riding dirt bikes, four wheelers and anything she could get her hands on when she was a kid, and started racing at just 9 years old. When her father had to take a step back from her racing, she didn’t quit – she just did it herself. She started funding her racing out of her own pocket, taking on the roles of mechanic, driver and rider to follow her dream. To gain experience and have the chance to race new tracks, she began following the Vintage National series around the country. Sandriana came on the professional flat track scene in 2017, arriving at her first three professional races with just a car and a lawnmower trailer carrying her bike. Fellow American Flat Track racer Sammy Halbert gave her the chance to ride his bike at the Calistoga Half-Mile in 2017, and finally she had the chance to show her skills with a good bike and mechanic behind her. She qualified 9th and made it to her very first Pro Main Event. Sandriana started the 2018 American Flat Track season as a part of the Waters Autobody Racing team. After laying down some exciting qualifying times that had her inside the top ten at the 2018 Texas Half-Mile, she was injured in a crash during qualifying. Some doubted she’d ever race again – but she’s not done. Having just signed on with Richie Morris Racing, she’ll be back racing Honda CRF450Rs at the Williams Grove Half-Mile on September 8, 2018. 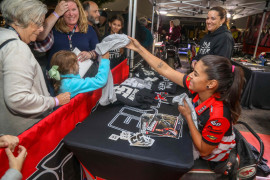 Sandriana Shipman makes a return to American Flat Track competition at this weekend's Meadowlands Mile, but she’s coming back to say goodbye 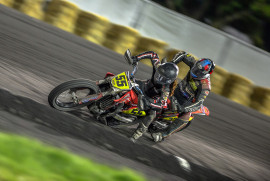 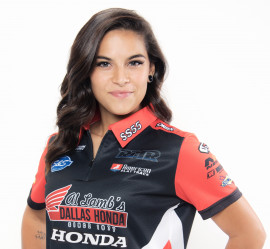 Shipman, rehabbed and ready to go, will return to AFT Singles competition at the Williams Grove Half-Mile Sept. 8 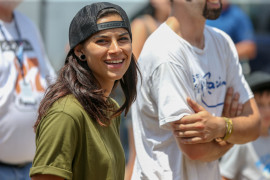 Sandriana Shipman: The Girl is All Right!

With her ugly Texas crash now a fading memory, Sandriana gets us up to date on her rehab and plans in an exclusive interview