Ryan Wells has won multiple awards and championships throughout his Flat Track career, including the AMA Youth Dirt Tracker of the Year award in 2007 and the AMA Grand National Championship – 450 DTX in 2010. More recently, Wells dominated the GNC2 class, taking the GNC2 Championship in 2016 after a stellar season in which he never finished lower than 6th place. Wells currently rides the No. 94 YZ450F for Estenson Racing backed by Yamaha and Monster Energy in the AFT Singles class. 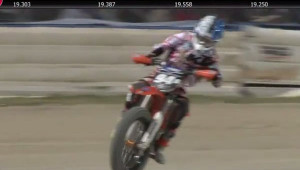 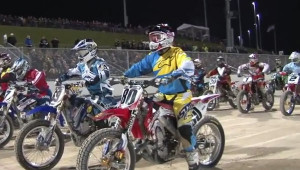 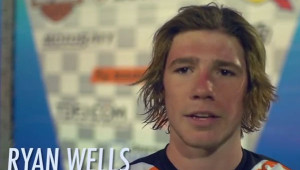 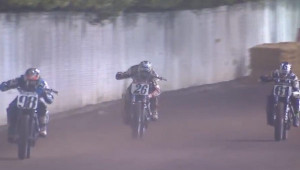 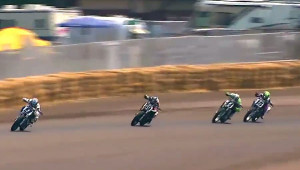 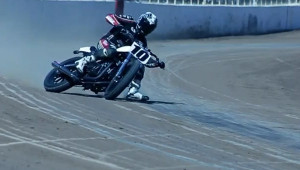 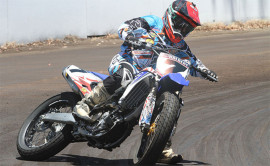 The way Brad Baker (Dodge Bros Racing/Harley-Davidson) threw his hands up in merriment as he stood atop the podium following his clutch win at the LA County Fairplex in Pomona, Calif. to close out the... 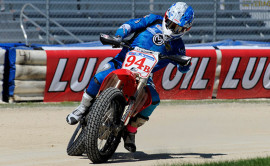 Pro Singles Rider Ryan Wells Rides For A Cause. Ryan Wells will ride for Breast Cancer Awareness on August 11, 2013 at the Peoria , IL GNC Race

I've thought about doing something like this for some time now. Over the years, you may have noticed me dying my hair pink, wearing pink gloves or parts of my helmet being custom made pink, well all o...

For the first time in 2013, the fire breathing twin cylinder beasts of the AMA Pro Flat Track presented by J&P Cycles Championship made their way onto the race track.

Halbert Proves Knee Not an Issue with Stockton Half-Mile Victory 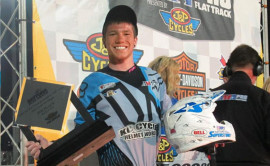 For a second straight year, Motorcycle-Superstore.com and Bell Helmets are teaming up to support a variety of top racers though their world-class awards program.