Max Whale is frequently cited by fellow competitors as an enormously talented rider who’s just beginning to show what he’s fully capable of. Whale quickly rose through the flat track ranks in his native Australia with a laundry list of amateur championships to his name. Wasting little time, in 2017 he set off to prove himself in the United States. He immediately made a splash Stateside as well, finishing as the runner-up in three AMA Amateur Grand National Championship divisions before turning pro in 2018. Whale continued to impress, scoring a pair of top-five finishes in AFT Singles competition and earning Rookie of the Year honors. However, despite that early success, he admitted the transition had proven more difficult than he anticipated. Whale had to adjust to the differences separating American and Australian flat track racing, such as the lack of front brakes, 19-inch tires, and clay-based circuits. Whale showed steady, incremental progress as he further adapted in 2019, improving five spots in the championship order (9th from 14th the year before), while earning his first AFT Singles podium at the Laconia ST. 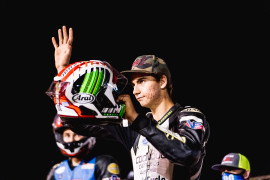 Coondoo, Australia native Max Whale had no idea just how deeply the COVID-19 pandemic would affect his 2020 race program, but he did not let it slow him down. 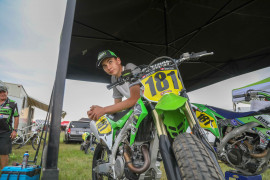