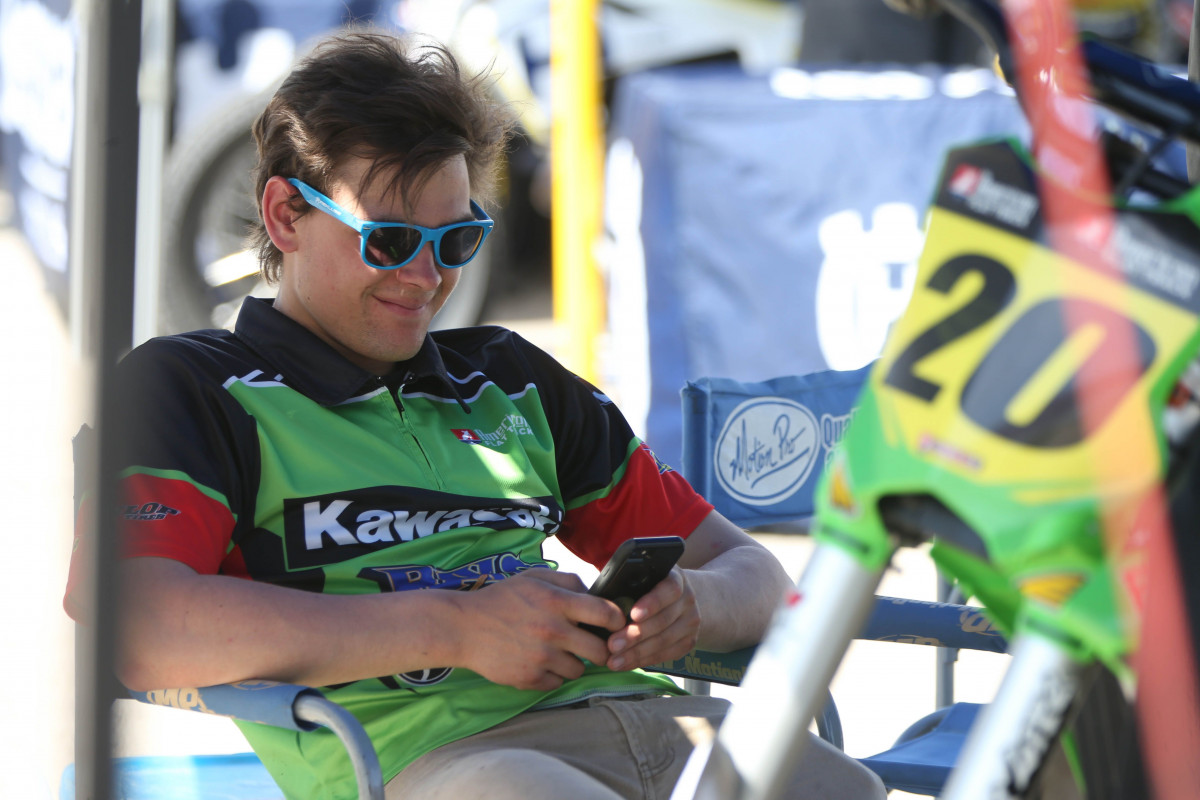 WILLOW STREET, Penn. (May 24, 2018) – After sustaining an ankle injury at the Sacramento Mile, AFT Singles rider Cory Texter will miss the next two rounds of the American Flat Track series. Ben Lowe will be the replacement rider this weekend at the Springfield TT.

“It’s been a tough transition this year going from a twin to a single,” said Texter. “The overall speed has been there, but after my crash in Atlanta I have been struggling to find the confidence to mix it up with some of the riders up front. I got my leg run over in Sacramento and unfortunately am unable to compete at the next two events.”

Texter will put Michigan rider Ben Lowe from Holly, Michigan on the CTR/Law Tigers/Lancaster Honda/Tucker Rocky-sponsored CRF450R this weekend at the Springfield TT.

Lowe is a 21-year old college student who has had a variety of success in the series over the course of his career. In 2017, Lowe quietly finished fourth in the overall standings with three podium finishes. In addition to working towards a degree in environmental science, Lowe also works full-time at his father’s excavating company.

“I have been real impressed with Ben’s demeanor since I first met him,” said Texter. “Obviously he is a good rider, but I appreciate the fact that he is a hard worker. I know how hard it is to find a good ride in this sport, so I am happy to give Ben the opportunity to ride my bike this weekend.”

The Honda CRF450R Lowe will be riding was assembled by Rob McLendon at D&D Cycles. The engine was built and tuned by Mike Luczak, with engine components from Ben Evans and Ron Hamp.

“I was really excited when Cory called me an offered me his bike to ride,” said Lowe. “He has fast motorcycles and I am grateful for the opportunity to ride something that is proven at one of my favorite tracks on the circuit.”

Follow Ben Lowe on social media for updates this season: