American Flat Track is America’s original extreme sport as well as the guardian of the Grand National Championship series, formally established in 1954 but with roots reaching back to motorcycling’s original speed demons of a century ago.

At its core, professional flat track racing is a hyper-competitive, adrenaline-fueled American motorcycle sport featuring custom-built and production-based motorcycles reaching top speeds of 140mph on the straights and 90mph in the corners, all piloted by world-class athletes.

American Flat Track is widely recognized as the most prestigious and competitive form of dirt track motorcycle racing in the world. Much has changed over 100 years, but the sport remains perhaps motorsport’s purest test of man and machine.

Over the decades, many of the world’s best motorcycle racers have emerged from America’s dirt track venues – legends like original Indian Wrecking Crew members Bill Tuman, Bobby Hill and Ernie Beckman during the 1950s, Gary Nixon and Dick Mann in the 1960s, Kenny Roberts, Eddie Lawson, and Wayne Rainey during the ’70s and ’80s, and Nicky Hayden in the ’90s and 2000s. All were superb flat track racers – several of them Grand National Champions – and many used the skills they first developed on the dirt to revolutionize Grand Prix Motorcycle racing and attain global superstardom.

The reclassification of the new series is categorized in an easily comprehensible format: 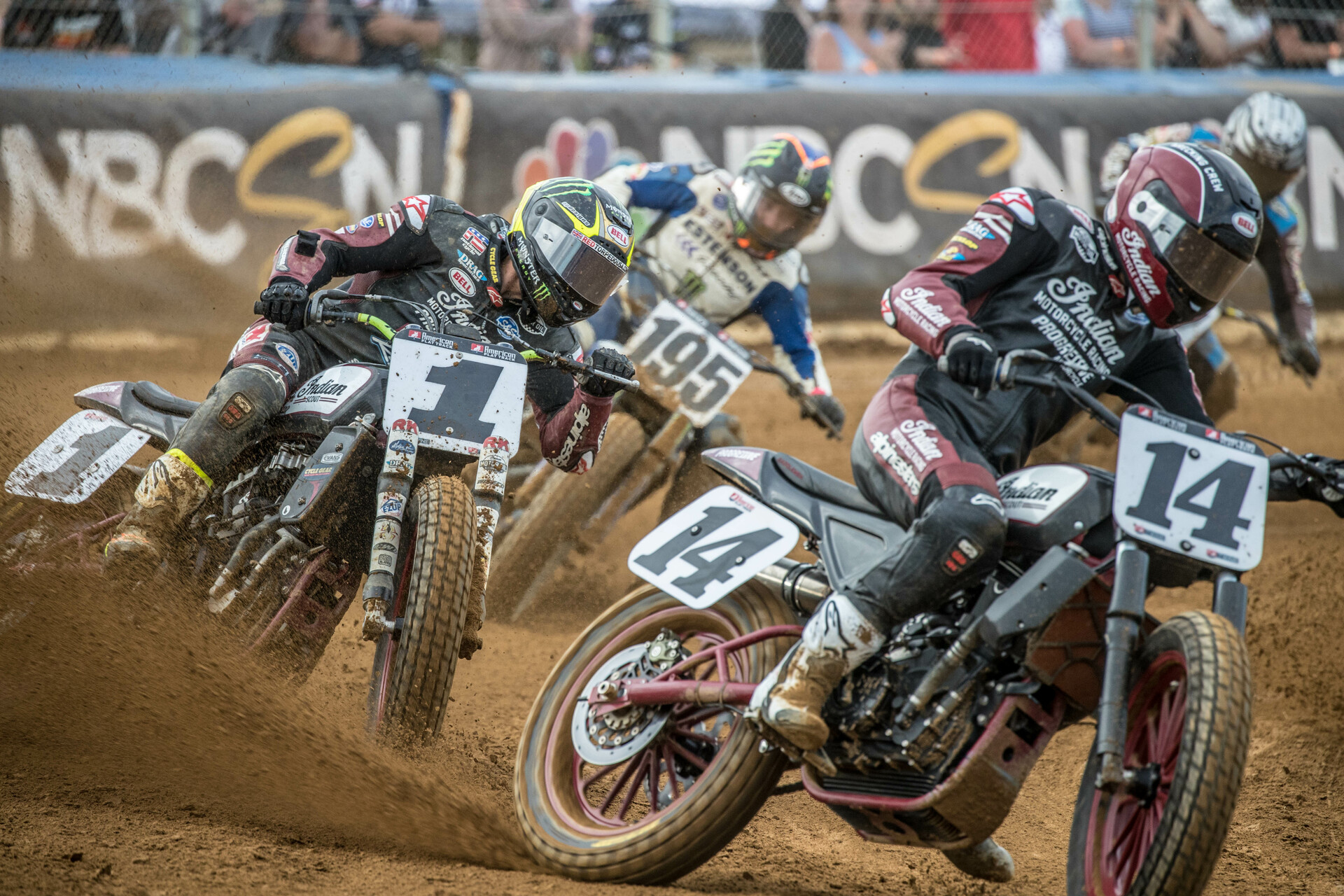 The revamped AFT SuperTwins presented by Vance & Hines class consists of twin-cylinder motorcycles (650 - 900cc), which contain the latest in motorsport technology and will be piloted by an exclusive company of the fastest athletes on dirt. 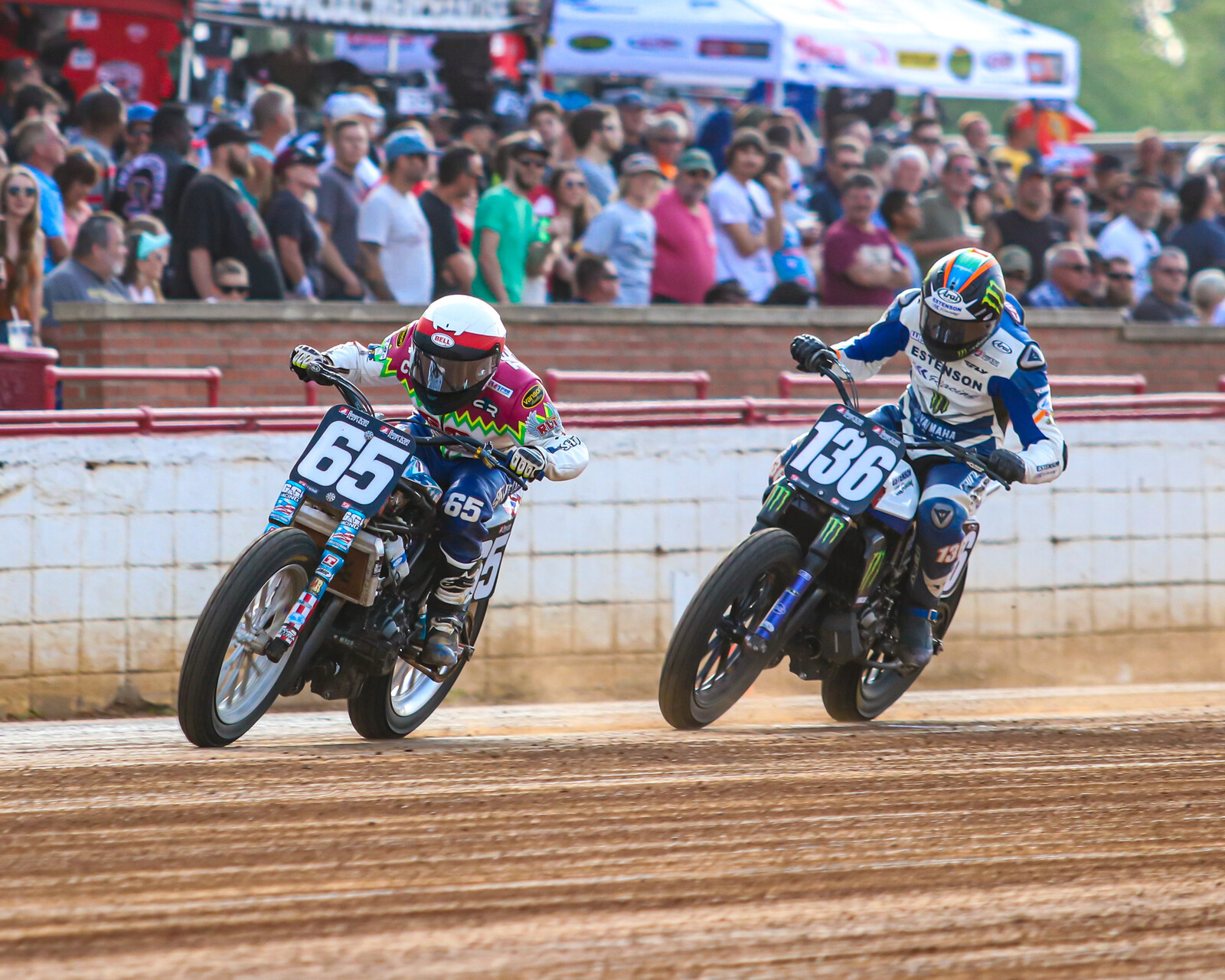 The AFT Production Twins class features production-based, twin-cylinder street bike engines with displacements between 649 and 800cc. Race-only engines from machines such as the Harley-Davidson XR750, Honda RS750, and Indian Scout FTR750 are not eligible in AFT Production Twins. 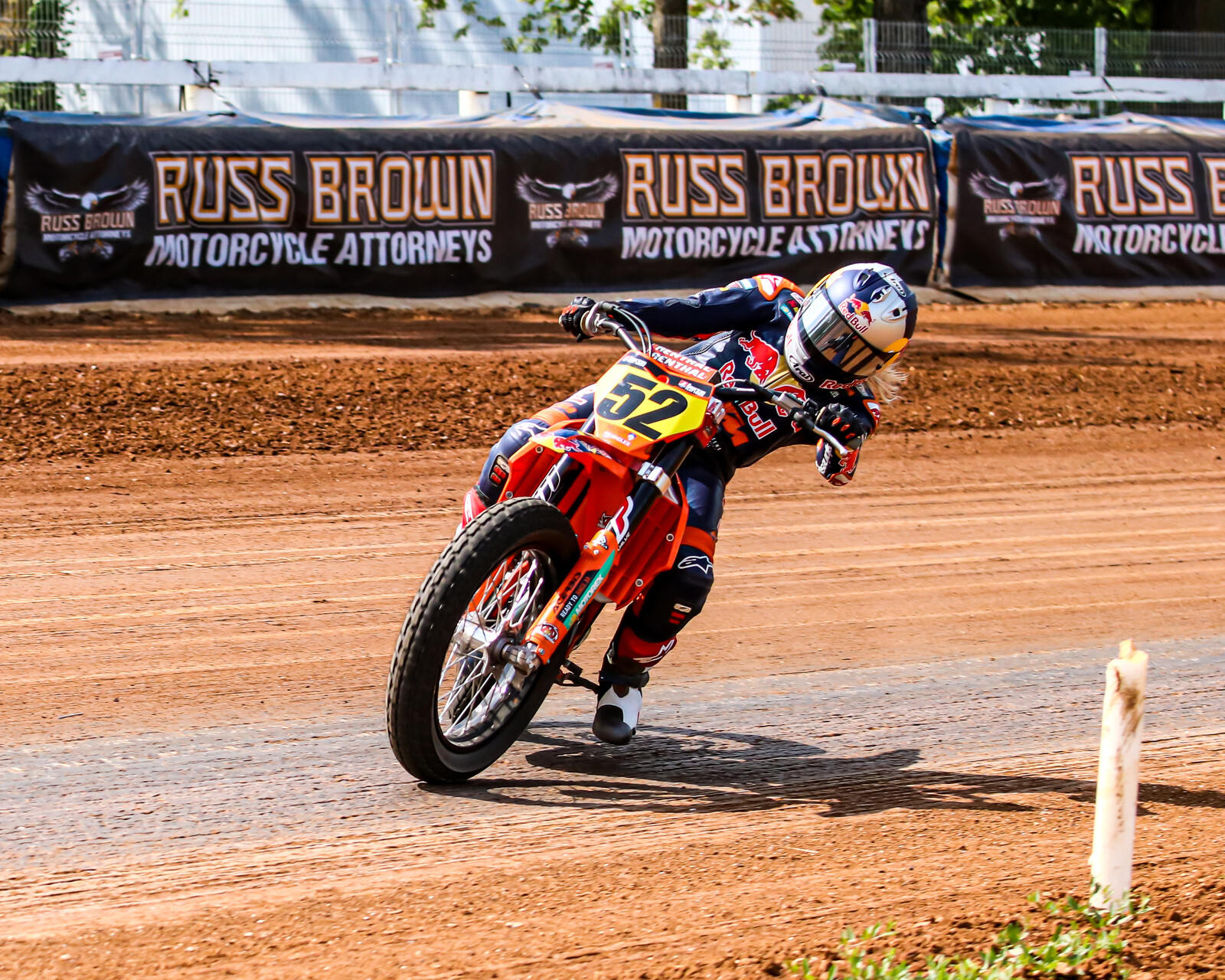 Professional flat track racing is currently experiencing a significant rebirth, much of which can be credited to changes instituted in 2017: A name change to American Flat Track, a simpler class structure, and a significant TV deal with NBCSN that helped attract millions of new viewers.

The 2020 schedule represents a refinement in response to the changing landscape of live motorsports. Careful consideration was given to secure a full 18-round race schedule that is logistically possible for riders, teams and staff, while also providing the opportunity for fan attendance. AFT has set the standard for live event health and safety protocol and is preserving America's Original Extreme Sport, even in uncertain times.

America’s oldest and purest form of motorcycle sport is back on the radar, making that thunderous noise we all love, and it’s certain to continue in 2020. The momentum created over the past three years has well positioned American Flat Track to take the next step in its meteoric rise with the introduction of the AFT SuperTwins class.

AFT SuperTwins has been engineered with the specific intent of building the profile of the stars of the sport, dramatically increasing visibility for teams and manufacturers and driving ROI for the sponsors that support their competition efforts. Successfully packaging the premier AFT class as the best flat track racing in the world and as a scalable national professional sports league will allow all key stakeholders (teams, OEMs, riders, partners, broadcasters and fans) to enjoy the benefits.

As expected, AFT SuperTwins has immediately taken shape as an intense battleground, stacked with talent from slot one through 18. The Indian Wrecking Crew of Briar Bauman, Jared Mees, and Bronson Bauman returns intact after going 1-2-3 in the 2019 AFT Twins standings. However, revamped and enhanced efforts backed by Harley-Davidson and Yamaha, not to mention a deep roster of Indian FTR750-mounted privateers, should provide the official Indian Motorcycle outfit its stiffest challenge since the manufacturer made its spectacular return to the sport in 2017.

AFT Singles is traditionally a wide-open affair, and that should be especially true in 2020 with its past two champions, Dalton Gauthier and Dan Bromley, graduating to AFT SuperTwins. While the class will once again serve as a training ground for legions of future stars, it’s also becoming increasingly inviting to established heroes and factory-backed efforts. Mikey Rush and Chad Cose reaped the rewards of their respective transitions from premier-class duty to AFT Singles in 2019, and Henry Wiles expects to raise the bar even higher as he does the same in ‘20.

The AFT Production Twins class proved a hit in 2019, and should prove even more exciting and popular in 2020 as Cory Texter prepares to defend his crown.

The degree of machinery diversity in all three American Flat Track classes is astounding and bound to grow even more in the coming years.

Boil it all down and you’re left with this single, undeniable fact: There really is nothing like American Flat Track. Anywhere.