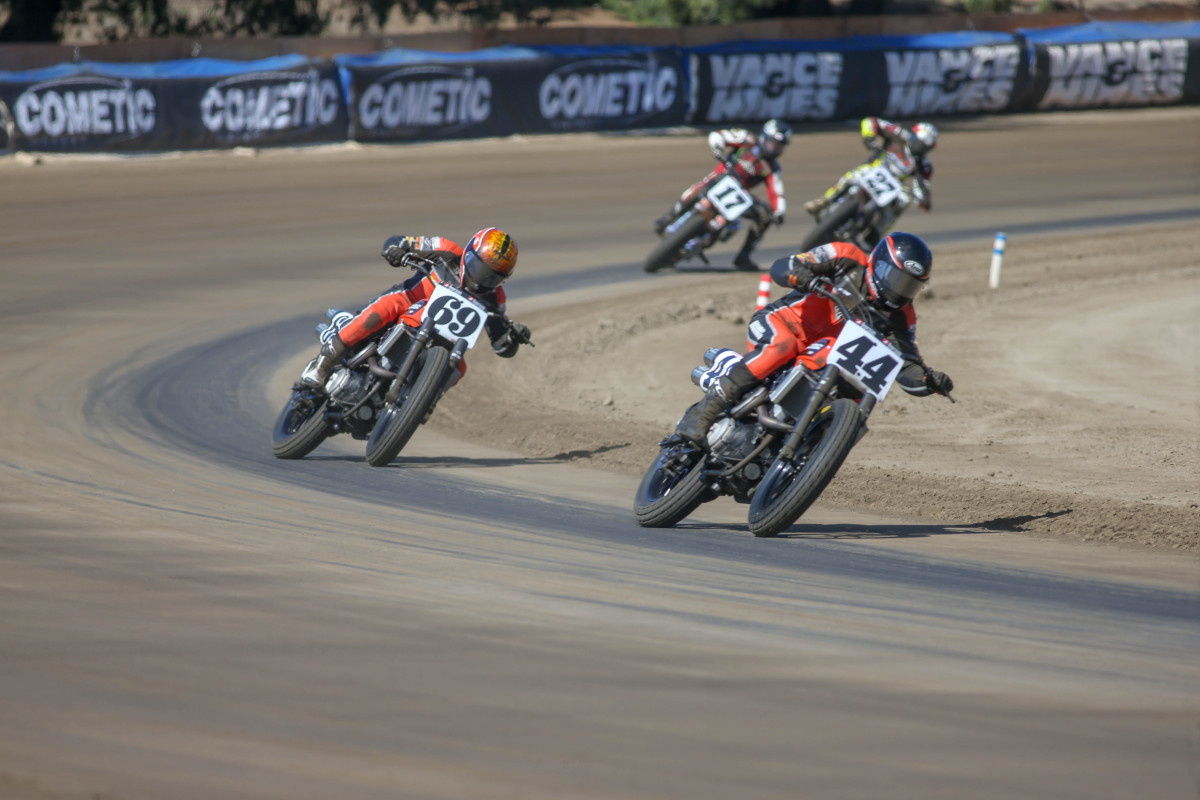 DAYTONA BEACH, Fla. (May 23, 2018) – It’s here, folks, the legendary Springfield Mile, the fastest Mile of the year and the racetrack with perhaps more professional flat track history than any other venue in America – and always the most anticipated race of the season. But this weekend’s Harley-Davidson Springfield Mile I on Sunday, May 27th at the Illinois State Fairgrounds (along with the AFT Singles TT on Saturday the 26th) is shaping up to be an extra-sized whopper of an event – for a handful of reasons.

One is the American Flat Track racing action itself, which over the last few weeks has ratcheted to near-frenetic levels. In AFT Singles, for instance, there have been six different winners in six races. In last weekend’s thrilling Main a group of six drafted each other all race long, and on most laps blasted into Turn One three abreast.

Things have heated up in the AFT Twins presented by Vance & Hines class, too. Harley-Davidson, with 51 Grand National wins to its credit at Springfield since the race was resurrected there as a National in 1982 (that’s 51 wins in just 37 years!), hasn’t been able to snap Indian’s stranglehold on Mile wins since 2016, but the orange-and-black is making headway, right along with 2016 championship marque Kawasaki.

After the DAYTONA TT, two Miles, two Half-Miles and a Short Track, it’s TT Time again for the AFT Singles at Springfield. On Saturday they’ll race just adjacent to the Mile oval, and the intensity is sure to be visceral, with the win and valuable points totally up for grabs. Will DAYTONA TT winner Dan Bromley (No. 62 KTM North America/Bromley Motorsports 450 SX-F), currently second in points, grab top honors again? Can Sacramento winner and reigning AFT Singles champ Kolby ‘The Flying Tomato’ Carlile (No. 1 Estenson Racing Yamaha YZ450F) make it two in a row? The redhead loves TTs, so this one could be an especially big toss-up.

There’s more to Memorial Day weekend at the Illinois State Fairgrounds than on-track action, too, and it all starts Friday afternoon from 2-8 pm with the Rookie Class of ’79 AFT Springfield Mile Weekend Kickoff Party at the Rookie Class of ’79’s new Springfield home at 1701 N. Dirksen Pkwy. This is sure to be a Who’s Who of flat track royalty, with current AFT stars and their machines in attendance, flat track racing legends, memorabilia, a silent auction, autograph sessions, food and drink, storytelling and all things flat track now and from back in the day. And remember… all proceeds help injured flat track racers, as the Class of ’79 is the AFT’s Official Charity. You don’t want to miss this one.

The Springfield Mile is also proud and honored to have legendary motorsports journalist, commentator and Motorcycle Hall of Fame member Dave Despain as Grand Marshal for the 99th running of the iconic race on May 27. Despain, who is widely regarded as the best-known on-air personality in all of motorcycling and arguably ‘the voice’ of American motorcycle racing, has deep roots at Springfield and in dirt track racing in general. "I fell in love with the Springfield Mile back in 1981,” said Despain. “Motorcycle racing returned to the legendary fairgrounds track after a 15-year hiatus and I was the P.A. announcer. The place has so much history, written by all the legendary names who starred here.”

Other weekend attractions include: