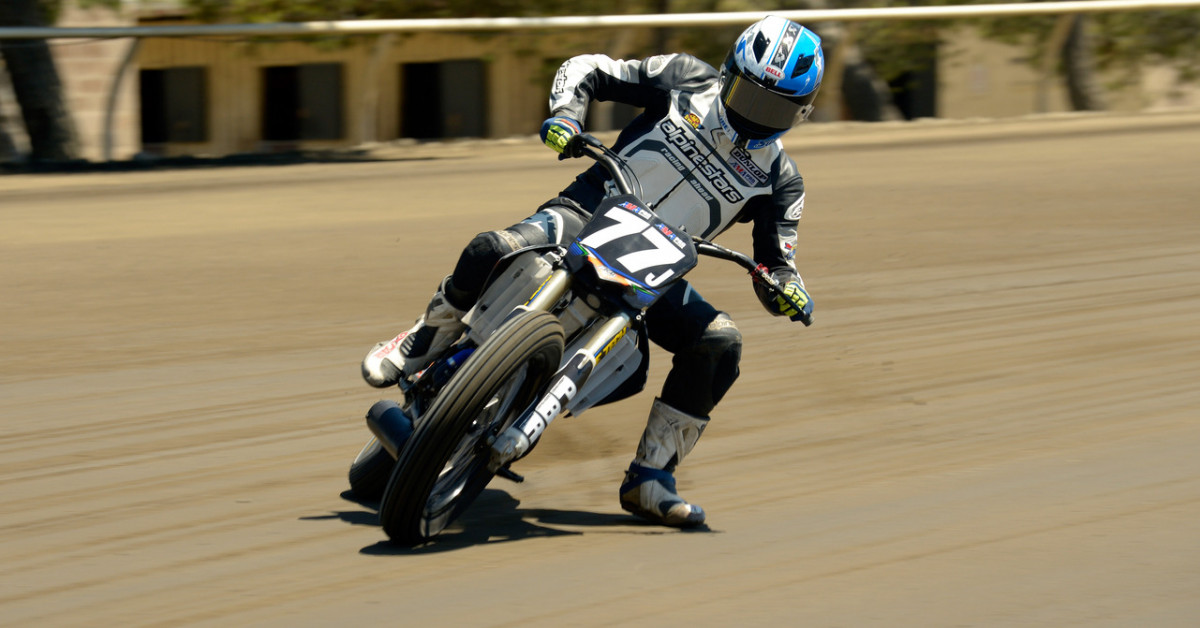 DAYTONA BEACH, Fla. (Feb. 20, 2015) – Few riders have had the same kind of early success as Kyle Johnson has enjoyed in his first two seasons at the professional level.

Johnson found the top of the podium in his first AMA Pro Flat Track race, which happened to be the first race of the 2013 GNC2 season at Daytona. Johnson finished fifth in the standings that year, and followed that up with a GNC2 Championship in 2014.

After inking a deal with Parkinson Brothers Racing this offseason and announcing his decision to graduate to GNC1 in 2015, Johnson immediately became the topic of conversation within the flat track community.

“I’m definitely looking forward to competing in GNC1 this season,” said Johnson. “I’d love to be able to run up front with the riders who have made a name for themselves.”

Like most riders in the series, Johnson was on a motorcycle as soon as he could walk. However, his path to finding his niche in flat track racing isn’t a typical one.

Johnson grew up riding dirt bikes, but in the form of hill climb competition. Johnson is from Twin Lake, Mich., and it wasn’t until he was 14 when he met fellow Michigan native and GNC1 rider Henry Wiles. It was Wiles who introduced Johnson to ice racing, and, eventually, flat track. Ever since they met and started racing together, Wiles has served as an inspiration to Johnson and is one of the biggest reasons Johnson decided to pursue a career in flat track racing.

“I did a lot of riding on ice with Henry because, being from Michigan, that’s usually our best option,” said Johnson. “During one of the summers when I was about 14, Henry and some of the guys told me I should try flat track racing. So I went over to Lucky Thumb Motorcycle Club in Deford, Mich., and competed in my first amateur race there. I happened to win the race and that’s when I decided this is what I was born to do.”

Early statistics show Johnson made the right choice. He continued to race at the amateur level for two years until he was eligible to obtain an AMA Pro Flat Track competition license at 16 years old. In his first two years in the series, Johnson has done nothing but impress, earning five wins and 11 total podium appearances.

Johnson will ride a Parkinson Brothers Racing Honda CRF450R at DAYTONA Flat Track I and II, scheduled for Thursday and Friday night, March 12-13, and will compete aboard a Kawasaki EX650 on Half-Mile and Mile tracks in 2015.

To watch Johnson and the rest of the GNC1 and GNC2 competitors face off for the first time this year, purchase your tickets here or tune into www.FansChoice.tv to view complete coverage of the events live. 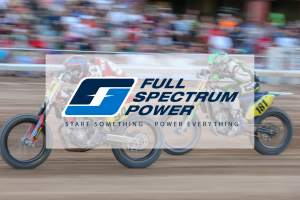 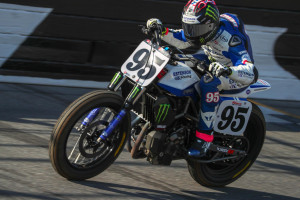