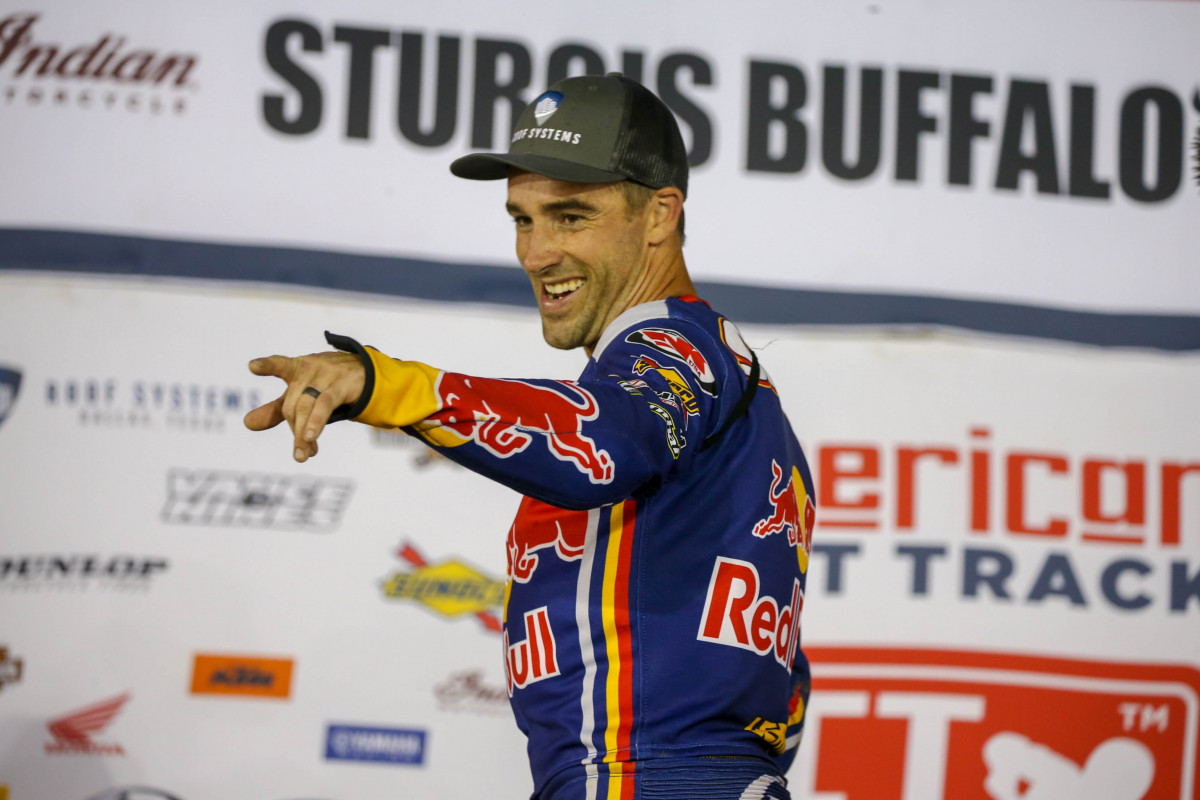 One year ago, two-wheeled icon Ryan Sipes added yet another achievement to his burgeoning AMA Motorcycle Hall of Fame résumé by securing his first-career American Flat Track victory at the Buffalo Chip TT.

Sipes not only successfully defended his race win in this year’s Roof Systems AFT Singles presented by Russ Brown Motorcycle Attorneys Main Event at the Buffalo Chip, he looked even stronger and faster than before.

That shouldn’t have come as much of a surprise to his competition -- Sipes has made his name in recent years due to his remarkable drive to learn, adapt, and improve… to never make the same mistake twice. 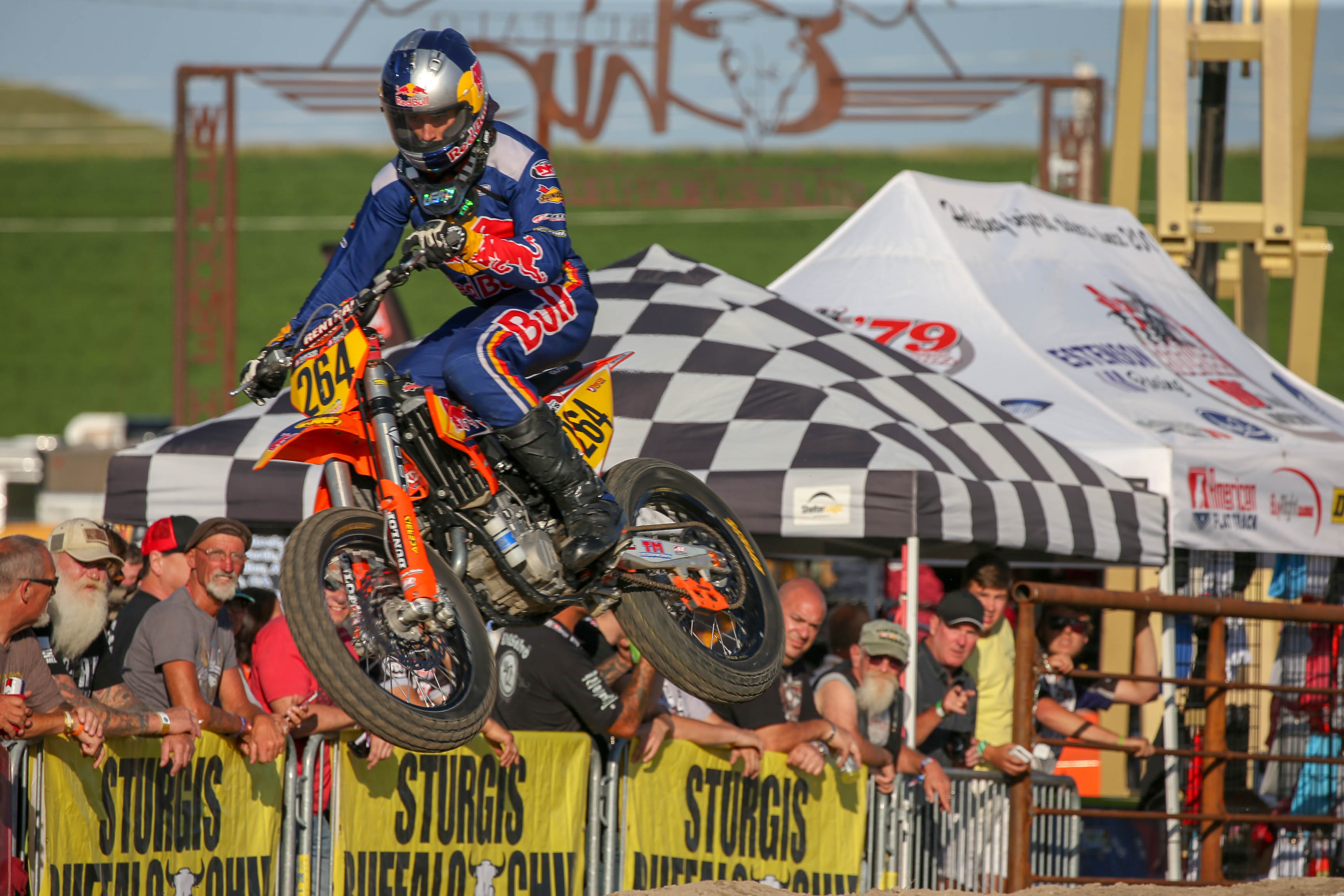 That’s also why it wasn’t overly surprising when Sipes noted that he didn’t feel a sense of relief or pride for winning in front of the mammoth Sturgis crowd for a second time, so much as he felt redeemed for letting a near-certain win escape earlier this year at the Springfield TT.

There he was fastest in practice aboard the No. 264 Red Bull/Leatt KTM 450 SX-F, topped qualifying, won his heat, stormed to the holeshot in the Main, and ripped open an instantaneous advantage, only to crash it all away while seemingly in total control.

Sipes internalized that disappointment and made the necessary corrections in his next possible opportunity. In South Dakota, he led in practice, qualifying, won his heat and semi, again took the holeshot when it mattered the most, and left the field in his wake. There would be no repeat of his Springfield misstep.

“I was pretty determined to go win that thing,” Sipes said. “Springfield hurt. I knew I could win there, and then to crash out and for that to be the reason... that was tough to swallow. I was pretty focused on not letting that happen again.”

While drawing motivation from Springfield, the way he actually made this year’s Buffalo Chip blowout happen was by analyzing last year’s triumphant effort, in which Sipes narrowly fended off Vince & Denise Holt Honda teammates Jacob Lehmann and Cole Frederickson, and adapting his approach yet again.

“To be honest, I was okay last year, but the reason I won was because I got the holeshot. Jacob and Cole were right there, and they were just as fast as I was -- they just couldn't get around me. This year, I had a little bit more speed, and I knew getting the start was going to make it a whole lot easier on me.

“The goal was to get the holeshot and get a gap. Last year, I didn't have a gap at any point during the Main. I watched it over and over, looking to see how they were catching me. I felt like I was a little better on certain parts but then all the sudden Jacob would catch me in the tight left. The main reason that was happening is because I was having to guard my line so much coming in that it was pushing me wide coming out.

“So this year, I thought if I could get a little gap early, I wouldn't have to worry about someone coming up the inside. That's what I did, and that way I was able to run the lines I wanted and keep pulling a gap.” 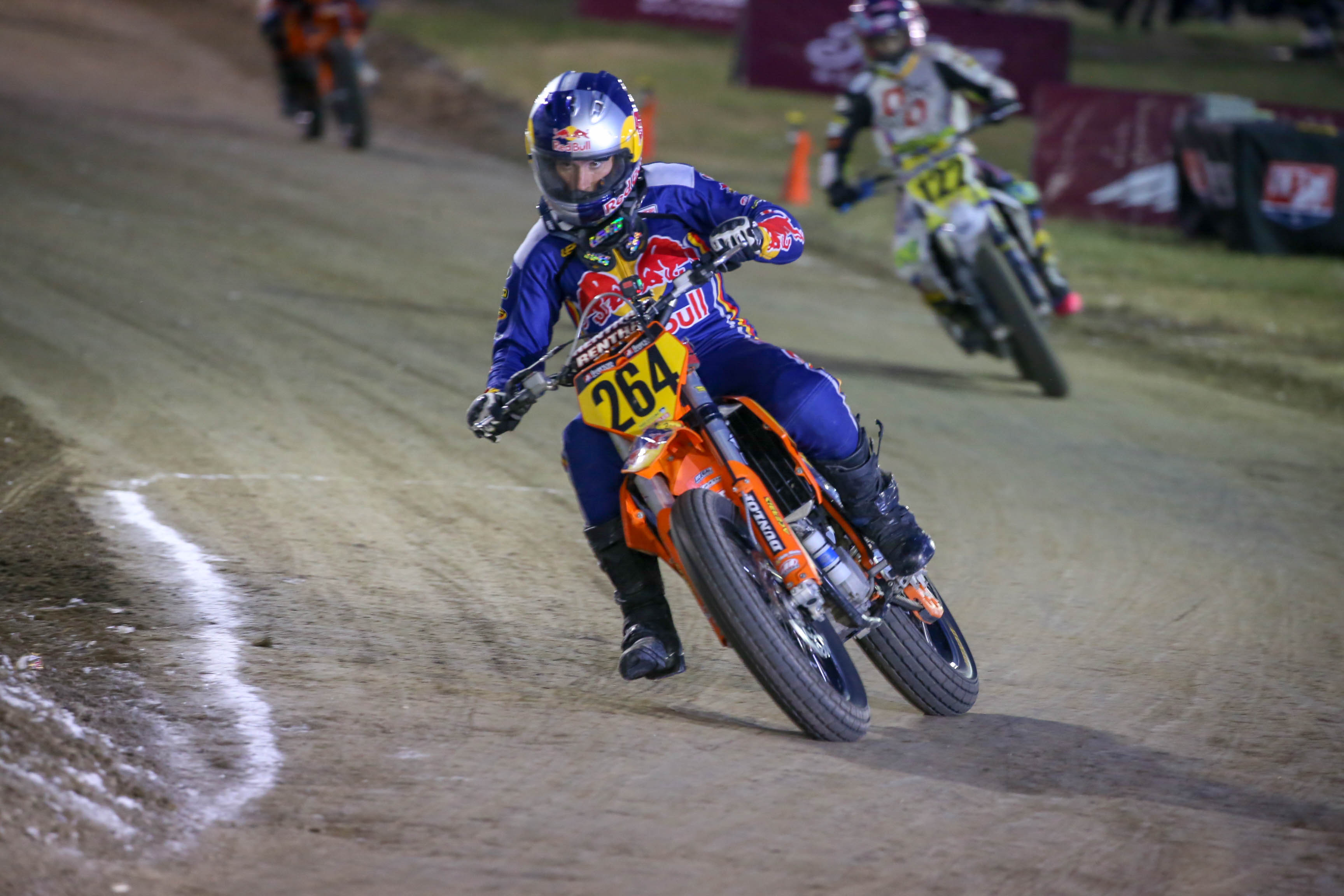 And if that plan hadn’t played to perfection -- if he’d gotten away in fifth or sixth, for example, could Sipes still have made it happen on a circuit that was notoriously difficult to overtake on?

“That's hard to say. There'd probably been a whole lot of mad people because I would have had to move them. I wouldn't have done anything dirty, but you saw how it went with me and Dan (Bromley in the Semi). It wasn't anything dirty but I had to take his line. There was no other way.”

Versatility and adaptability have become Sipes’ calling card. A long-time, race-winning factory Supercross/Motocross star, he’s since made himself a motorsports legend by branching out and not only participating, but winning at the highest level across multiple disciplines in the dirt.

“When I quit doing Supercross and I started doing GNCC, that couldn't have been any more different in terms of skillset and practice,” Sipes said. “It was a super struggle for me at first, but after a few months I figured it out. And then it was like, ‘All right, I'm adaptable and I can learn new things.’

“I'm a real visual learner. Even in flat track, when I go back and ride with JD (Beach), Nick (McFadden), Jake (Lewis), and Roger (Hayden), and all of them, if I'm struggling, I sit on the side of the track and watch them as much as I ride. That helps me learn where they sit on the bike, how much they're leaning it, what they're doing with their brakes, throttle, clutch... whatever.

“I've known for a while now that I was adaptable and could pick up certain skills, but these past two years have been a whole other level of that -- going to something I have no clue about and trying to figure it out. But that's kind of the fun part of it too.”

Sipes is even considering expanding beyond his core off-road comfort zone and pushing the envelope even further… within reason.

“I'd like to do a Half-Mile or something, but I have to pick the right one for me. I went and watched the one in Rapid City the other night and, man, I don't think that's for me... It's so slick and they're sliding so much… That speed is just not something I'm really used to it. I think I could figure it out, but it's not something you can really practice, you just have to get thrown into and race. So that makes it a little bit tough, but I do want to try one next year. And maybe a Short Track too.

“I'm also going to dabble in some roadrace stuff this fall just to get my feet wet and see. If I’m not any good at it, I'll just go away, but if I'm halfway decent, then who knows?”

Before any of that, however, Sipes will once again be learning on the fly at the fabled Law Tigers Peoria TT presented by Country Saloon.

“I watched it on TV last year but that's it. It looks super fun. It looks like one of the most fun tracks, but it's really fast. That's going to be something I'm going to have to figure out -- fifth gear wide open into Turn 1. The jump and the righthander, I've got no worries about. But hitting those corners that fast is something that kind of bothered me at Arizona. So I need to study up and be ready to adapt.”

Fortunately for Sipes -- and less so for his competition -- adapt is what he does. 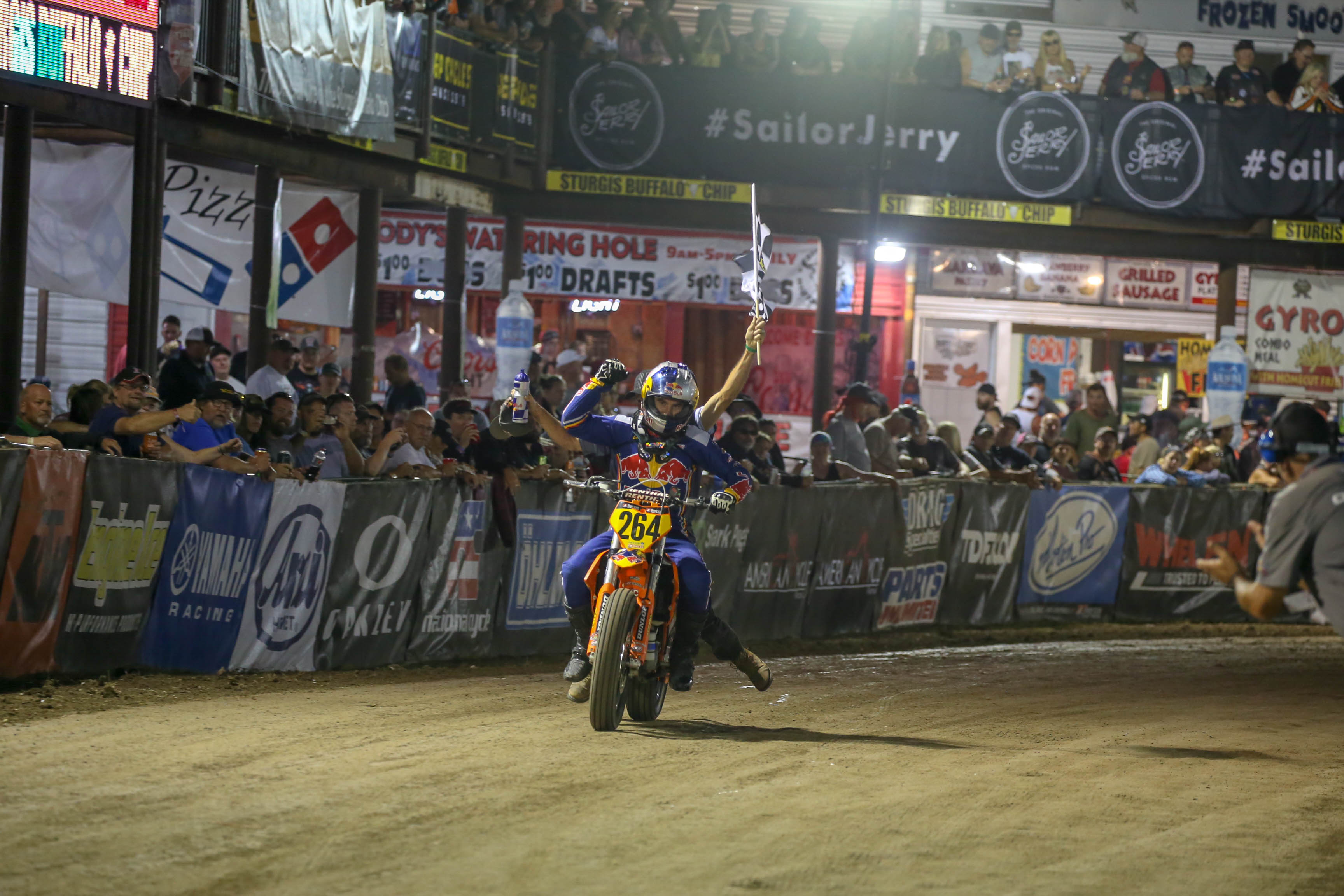