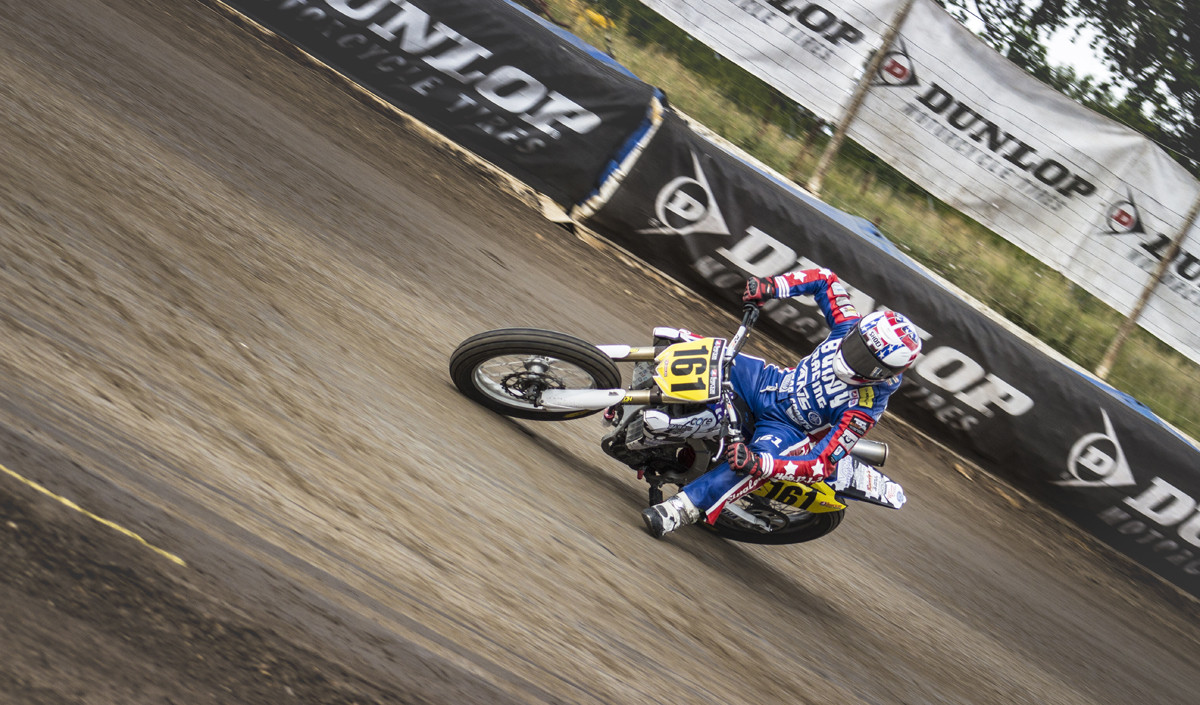 The following is from 10 Training...

CENTER HILL, Fla. (August 29, 2017) - 10 Training is happy to announce its debut in American Flat Track’s AFT Singles class with its all-new 2017 Husqvarna FC450s at the 2017 American Flat Track Springfield ST in Springfield, Ill. Heading the program is 10 Training’s founder Johnny Lewis (current National #10 in the AFT Twins presented by Vance & Hines class) who will be on hand to offer race day support to rookie Matt Guenther.

10 Training put the new opportunity out there on its social media platforms and received an overwhelming response across North America. Amongst the first riders to contact Lewis was Guenther, a former 10 Training student and No. 161 rider in the AFT Singles class.

In 2017 10 Training partnered with Husqvarna USA to provide top level training motorcycles for riders of all ages and skill levels to train on. Beginning in January of this year, 10 Training has been non-stop hosting training programs in its home base of Florida, multiple locations across the U.S., Canada and England.

Lewis decided he wanted to prepare his newest FC450 to take to an AFT Singles event and provide a program where he could work with a young rider looking for that next step. He’s excited to provide a race ready motorcycle equipped with Solid Performance tuned suspension, Motion Pro G2 Throttle Cam, Motion Pro Coolant Bottle, Warp 9 Racing wheels, Mika Metals bars, grips, and sprockets, FMF exhaust, Rekluse clutch, along with his own racing experience and knowledge.

Matt Guenther, a 17-year-old from Saint Jacob, Ill., recently entered the professional American Flat Track ranks part-way through the season after competing in his final amateur events at this year’s 2017 AMA Dirt Track Grand Championships. Guenther, having only four years of flat track racing experience prior to the 2017 season, went on to finish out his amateur career with six top-five finishes and was tied for fifth in two championships. With three American Flat Track races under his belt, Guenther is still looking to put the No. 161 into its first AFT Singles Main event, with hopes to do it this Saturday at his hometown race.

"The 10 Training Husqvarna FC450 ride for Springfield is a great opportunity for a young rider like myself,” Guenther said. “Not only because you get knowledge from a professional racer like Johnny, but the experience you can take away from the technical aspect of the program is priceless in its own special way.”

Saturday will be Guenther’s first time on the 2017 Husqvarna FC450 in only his fourth ever American Flat Track event. Lewis plans to walk him through the race day the evening before as they make adjustments to the basic controls on the motorcycle, explain everything the FC450 has to offer, including standard adjustable maps, launch control, and even its all new traction control that come stock on all 2017 FC450 models.

“These FC450s have been amazing for my training program, from the adjustability with the AER forks to its electronics,” Lewis said. “It makes the motorcycle suitable for a relatively new rider at 10 Training, but also when lining it up for an AFT Singles event. I’m excited to put Matt on my FC450 for this weekend. I first met Matt three years ago at a three-day Boot Camp I held in Illinois and I knew he had the potential to make the jump up to the professional level with his talent on two wheels, an outgoing personality, and a great support system behind him. I know he will put a 100% effort into this weekend, use my advice, and push hard to put a Husqvarna FC450 into the main event."

Opening ceremonies kick off this Saturday, September 2, at 6:30pm CT at the Illinois State Fairgrounds. If you’re not able to make it to the iconic venue, watch it live on Fanschoice.tv and then primetime telecast on NBC Sports, September 21 at 11pm ET.

Watch Guenther get another shot at making his first AFT main event in his rookie year with the opportunity to take home some of the Husqvarna contingency money. Husqvarna offers the largest contingency program in the AFT Singles class with per-race bonus as well as championship bonuses.

The weekend first starts off Friday morning with the Class of 79’ and Friends Bubba Shobert Challenge Charity Golf Tournament. Both Johnny and Matt will be on hand playing some golf to support the charity with a list of former Grand National Champions, AFT riders, and supporters of the sport. Visit http://www.amaft79.com/ for more information.