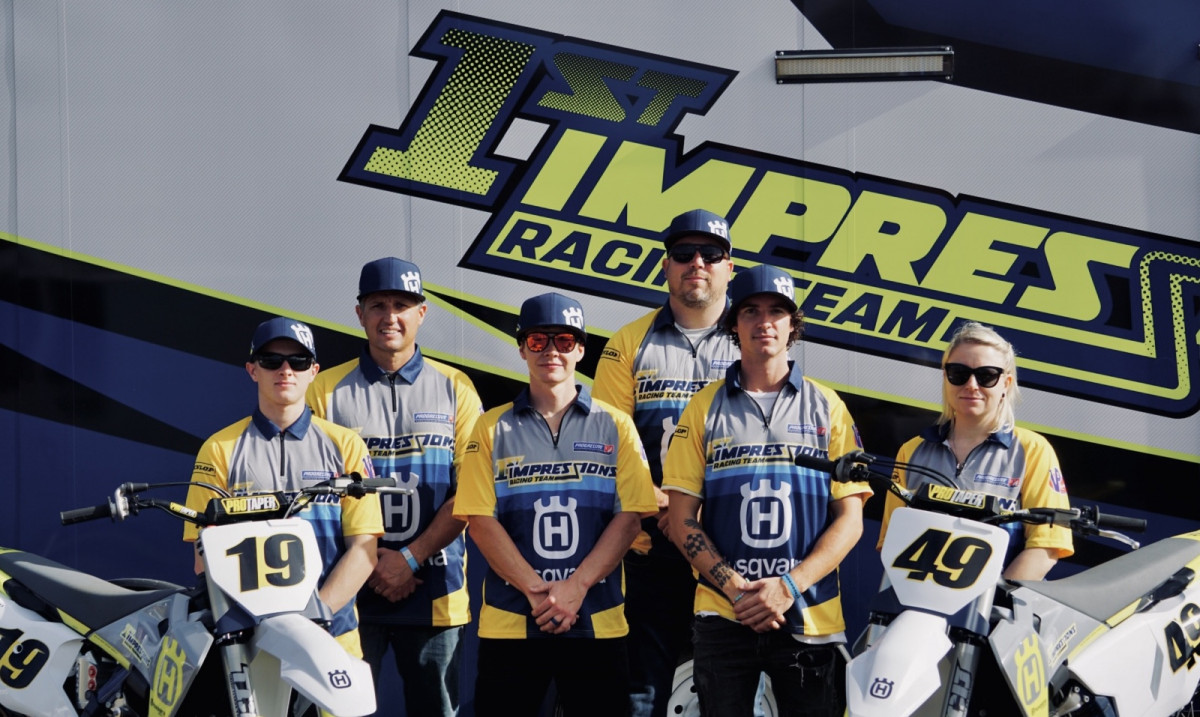 1st Impressions Racing to Field Cose, Ott on Husqvarnas in 2023

The team has also signed two-time Mission Production Twins champion Cory Texter to oversee the revamped program as the Team Manager, while Paul Ott will serve as Crew Chief and Ashley Kruppenbacker as Lead Mechanic.

Cose is a veteran rider who has been winning races at the professional level for the entirety of his career, most recently as a member of 1st Impressions Racing in last year’s Parts Unlimited AFT Singles Main Event at the Cedar Lake Short Track. Cose, who finished as the Mission Production Twins runner-up to Texter in 2021, is motivated to be a consistent force at the front of the field in 2023.

Ott enters his first season on the team with considerable experience riding Austrian-based motorcycles. He concluded the 2022 season ranked inside the Parts Unlimited AFT Singles championship top ten on the strength of a pair of top-five finishes.

"We have had some success so far in the Progressive American Flat Track series, but for 2023 we are making huge changes to the program. Hiring Cory has been an incredible addition. Not only in a management role, but “CTex” is such a great rider coach and mentor that he’ll get the boys in top-notch shape during the off-season. Bringing back Chad was key and well deserved considering his accomplishments and getting us our first win last year in Wisconsin. And I have been watching James for a few years now, and he is an underrated, fast rider with a bright future. The addition of Paul Ott has been a game changer with his set-up knowledge of the motorcycles and building the bikes. And our mechanic Ashley Kruppenbacker crushes it in the shop during the week and at the track. It's been a lot of fun prepping for the year and I would put our team up against any out there in the series."

"I am excited to still be involved with the series for 2023 as the Team Manager for 1st Impressions Racing. Eric has been great to work with and is really putting a lot of trust in me to elevate his program in order to run up front with the factory-supported teams. It's going to be a learning year, but I am confident in both Chad and James as the riders. I am excited to start working with them this offseason. With their talents, the sky's the limit. I am also thankful that I was able to bring Paul Ott onto the team. He was crucial to the success I had as a rider these last couple of seasons and is extremely underrated when it comes to his ability to set up a motorcycle. Our lead mechanic Ashley Kruppenbacker is a hard worker and has been a pleasure to work. It'll be a fun season and I am confident we will shake up the results frequently throughout the year."

“I am eager to sign again with 1st Impression Racing for the 2023 season. Being able to get the team a win shows we have the potential to run up front. I am excited about the switch to Husqvarna motorcycles. It'll be a cool dynamic having another California guy like James as a teammate and Paul as our crew chief. Bringing in CTex was a huge addition to the program. Cory and I have been buds a long time and having him there to work with me during the offseason and be in our corner all year will be priceless. It's going to be a grind, but we will be ready to go.”

“I am super stoked going into 2023. In the past, my dad and I have always pieced together what we could on a limited budget. Being on a team like 1st Impressions is an amazing opportunity. They are committed to winning. It'll be cool having a teammate in Chad this year and someone like Cory to get involved with his knowledge and experience as well. I am ready to get the season started.”

"I am super excited for the opportunity to mechanic motorcycles for James and Chad on the 1st Impressions Husqvarna team in 2023. I am equally excited to continue working with Cory in this new capacity as well as Ashley Kruppenbacker and the entire team. I want to give a special thanks to Eric Hoyt for allowing us all to have the creative freedom to build what is truly becoming a ground-up Husqvarna FC 450 effort. I look forward to the challenges the 2023 AFT season will bring and know that our team has the tools it takes to emerge successfully."

“Next year is going to be awesome with the changes Eric is bringing to the team. Switching to the FC 450 and bringing in a second rider in James Ott alongside our current rider Chad Cose is going to make our team a contender next year. It's equally exciting to have Cory Texter involved as well. We have a lot of work to do this offseason, but I am excited to spin the wrenches.”