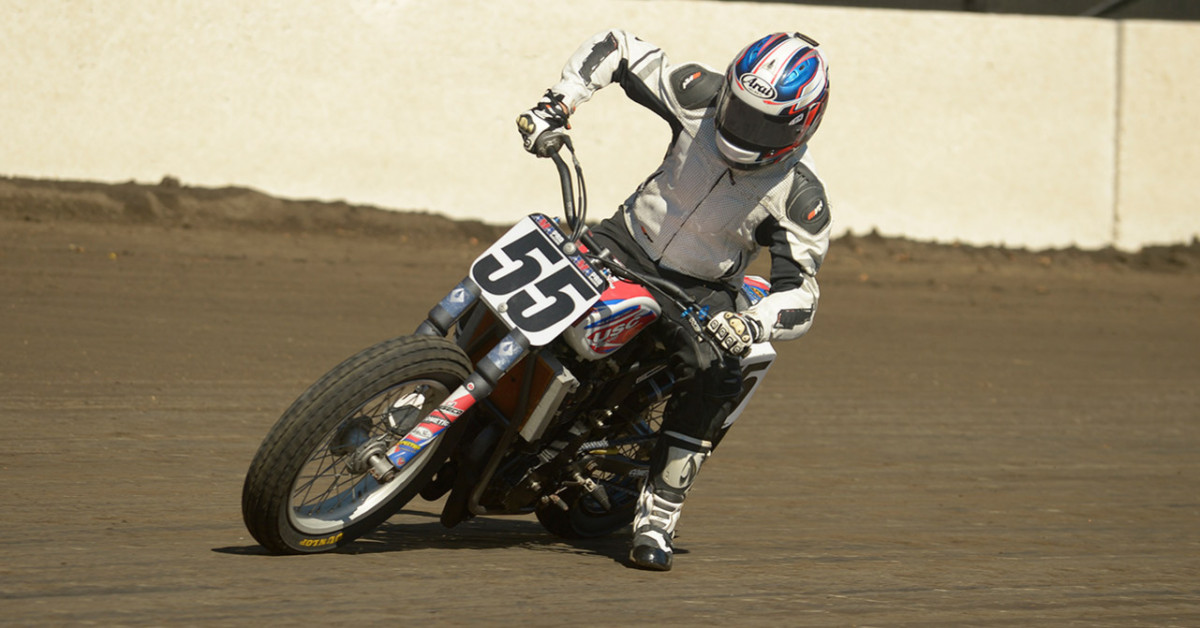 POMONA, Calif. (Oct. 20, 2014) - Pomona California marked the end of an era as well as the AMA Pro Flat Track Racing season for 2014 and the final race for AMA Pro Flat Racing at the Pomona track. For Jake Shoemaker, the season has closed on a lot excitement.

Shoemaker started the season as a privateer rider. Riding just one bike most of the season and doing the engine work himself he showed he was a contender as a rider and a wrench. He proved you don’t have to have a huge rig, factory backing or a ton of sponsors to run up front. Finishing out the season as a top ten in AMA Pro racing points. Shoemaker found his way to the podium twice, standing on the box with the likes of Jarod Mees, Jake Johnson, Bryan Smith.

The last 3 races of the season would bring with it opportunity as Jake would finish the season riding the USC Prepared Kawasaki at Springfield, Calistoga and Pomona.

What does 2015 hold for Jake Shoemaker? Several teams have expressed an interest in Shoemaker’s riding talents. Jake isn’t just look at joining a new team. He’s looking to gain a championship! Shoemaker is focused on one goal and that’s as many finishes on the podium as he can possibly amass in order to gain that #1 plate!

“Since stepping up to the Expert Twin ranks it’s obvious the level of competition is more intense and I have worked hard to be ready to meet the challenges the division offers. I’m confident 2015 will be another step toward a championship and look forward to talking to a few teams about my future and theirs.”

At this time Shoemaker isn’t sure where he will end up as a rider just yet, but he knows he is comfortable in his resolve to seek a championship.