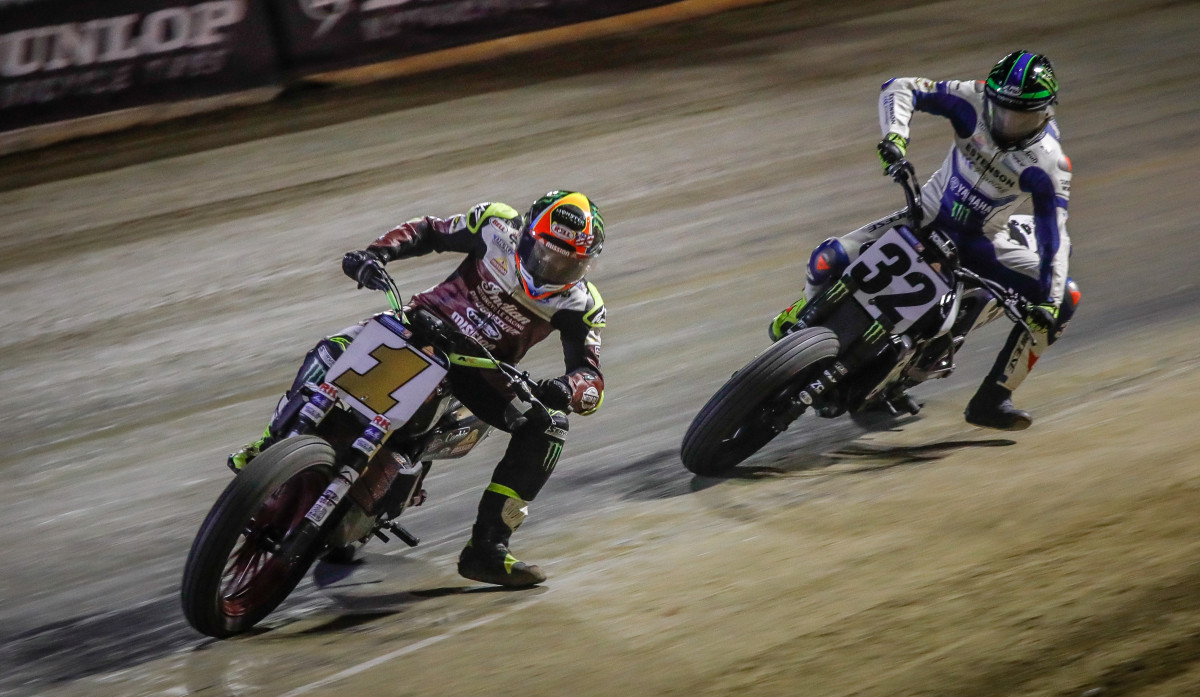 Now that the 2022 Progressive American Flat Track season is complete, we have an opportunity to do a full accounting. While just three riders – Jared Mees (No. 1 Indian Motorcycle/Progressive Insurance FTR750), Jesse Janisch (No. 33 Vance & Hines Harley-Davidson XG750R), and Kody Kopp (No. 12 Red Bull KTM Factory Racing 450 SX-FFE) – were able to walk away with the ultimate honors and their associated #1 plates, the year’s combined trophy haul was spread far and wide.

Ultimately, 18 different riders representing five different manufacturers took race wins in 2022, while 31 riders and seven different makes earned a place on the podium at least once this season.

In Mission SuperTwins presented by S&S Cycle, Indian Motorcycle led the way with 10 wins and 30 podiums, followed by Yamaha with six and 16, while Harley-Davidson and KTM earned one podium apiece. Despite finishing fourth in the championship, JD Beach (No. 95 Estenson Racing Yamaha MT-07 DT) led the way with the most victories among the premier-class’ six winners at four.

And even though it took shape early on as a two-man title fight, the Mission Production Twins presented by Vance & Hines class also saw six different riders earn wins, led by eventual class champ Janisch at seven. Harley-Davidson boasts the most wins at nine to Yamaha’s six and KTM’s two, while Yamaha earned the most overall podiums at 26 to H-D’s 20, Royal Enfield’s three, and KTM’s two.

Interestingly, Parts Unlimited AFT Singles presented by KICKER also featured six different winners, here too topped by the ‘22 class conqueror, Kopp, at seven. KTM took the most wins at eight to Honda’s six and Yamaha’s 2, while Honda picked up the most podiums at 21 versus KTM’s 20, Yamaha’s six, and Husqvarna’s one. 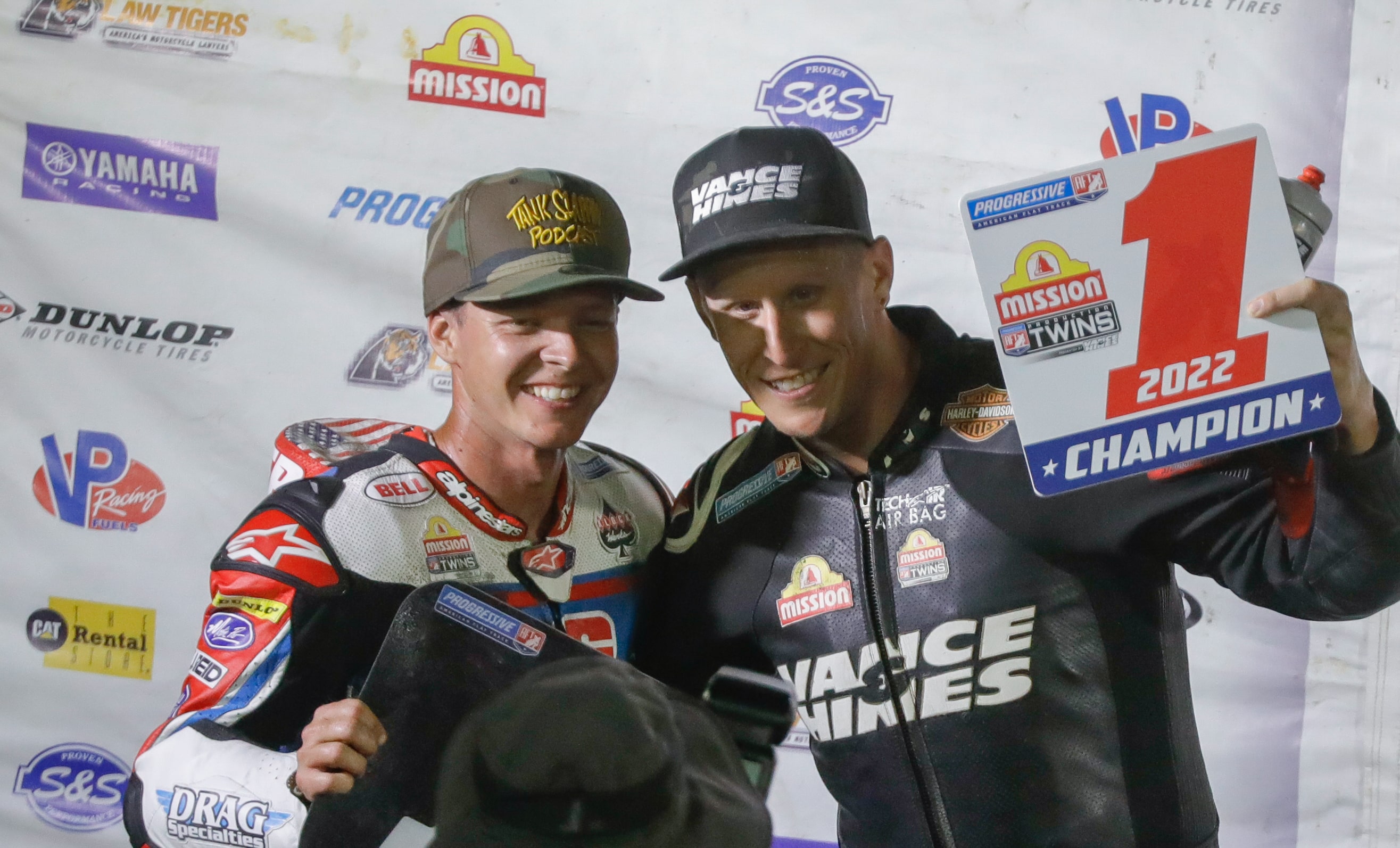 Throughout this season’s facts and figures pieces, we repeatedly checked in on a specific set of records and achievements that appeared to be within reach.

It was noted prior to the finale that Mees was just two Half-Mile wins away from equaling the legendary Scott Parker’s all-time record of 35.

And finally, Kopp went into the finale with a shot at tying Dallas Daniels’ Parts Unlimited AFT Singles single-season wins record of eight.

Texter picked up that one last victory as he raced off into retirement, putting him at 19 career Mission Production Twins wins and tied with his sister’s respective mark. Kopp also grabbed one more win on the weekend to up his single-season total to seven but still ended his campaign with one fewer win than Daniels' 2020 record. (Meanwhile, Janisch snuck up on us and tied the single-season Mission Production Twins win record held by prior class kings Texter and James Rispoli (No. 43 Wally Brown Racing/Haversack KTM 890 Duke) at seven.)

While the end of Kopp’s season and Texter’s career concluded their respective efforts, Mees’ was only delayed. He’ll have plenty of opportunities to both tie and eclipse Parker’s mark in 2023 with five Half-Miles (and one venue yet to be named) on next year’s slate.

And while Mees didn’t add any wins to his tally at the finale, he did grab an even bigger prize by securing yet another premier-class crown. That also puts Parker in Mees' sights as early as next year for what’s arguably the grandest record of them all. 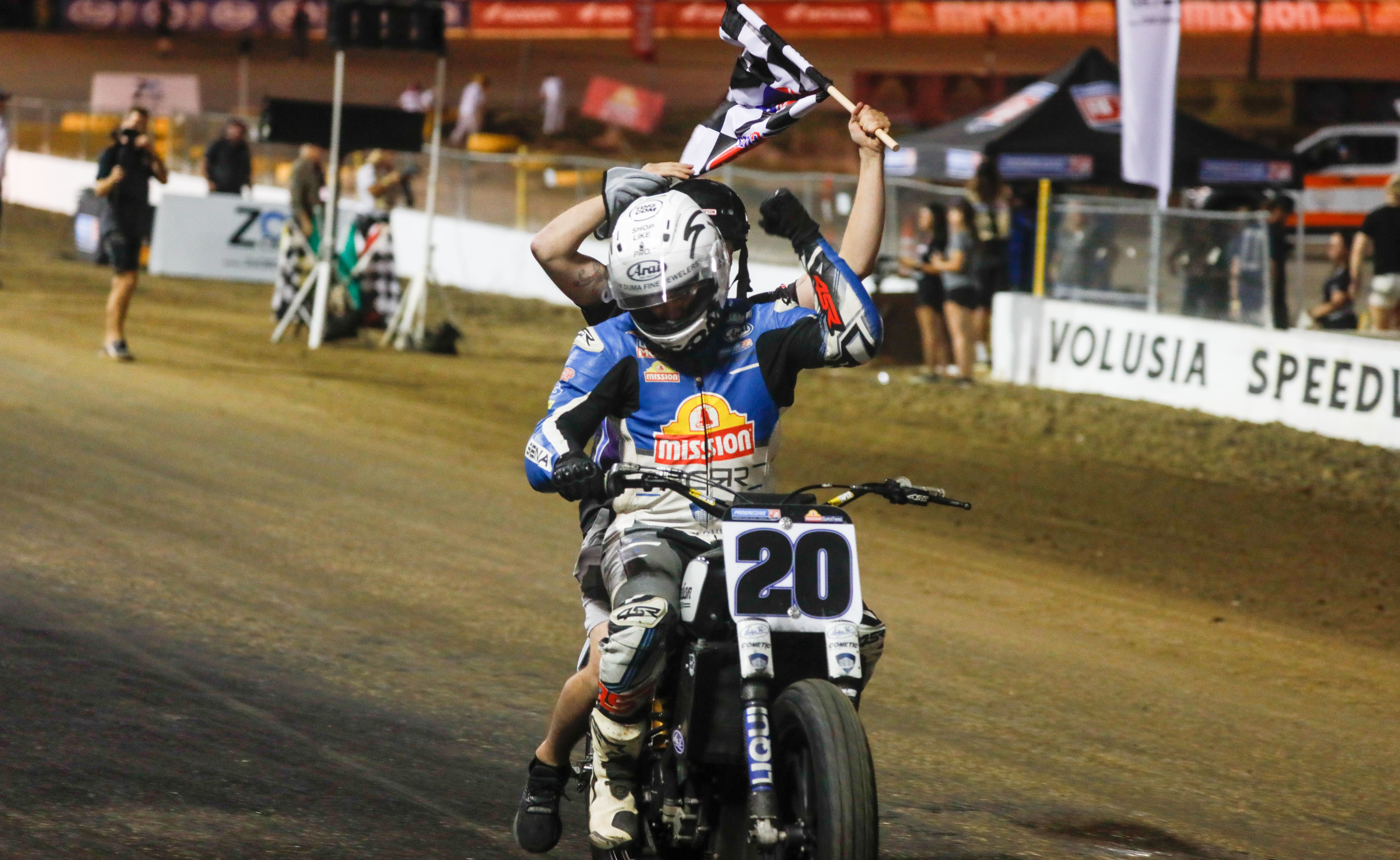 In 2022, we saw two more riders added to that most exclusive company. Earlier this year, Daniels became the 164th rider to do so, followed by Jarod Vanderkooi (No. 20 Mission Roof Systems Indian FTR750), who at last made himself #165 after previously notching up ten Mission SuperTwins podiums, including six runner-up finishes earned in the last two seasons alone.

One last achievement to keep an eye on in ‘23 is Beach’s pursuit of an old-school style (and now mythical) Grand Slam. Only four riders have won in all four disciplines of Progressive AFT and in the nation’s premier roadracing class (be it GNC/AMA Formula 1/AMA Superbike/MotoAmerica Superbike): Dick Mann, Kenny Roberts, Bubba Shobert, and Doug Chandler.

That particular accomplishment arguably carried more weight and was certainly a more sensible target back in the days before the two series were split and made distinct in 1986. However, even lacking a unifying path, it long remained a driving ambition for the late Nicky Hayden and is now just as eagerly sought by Beach.

Beach has wins in TT and ST along with MotoAmerica Superbike. While he still needs a Half-Mile and Mile wins, he stood on the podium in each this past season and made clear his potential to win them in 2023.