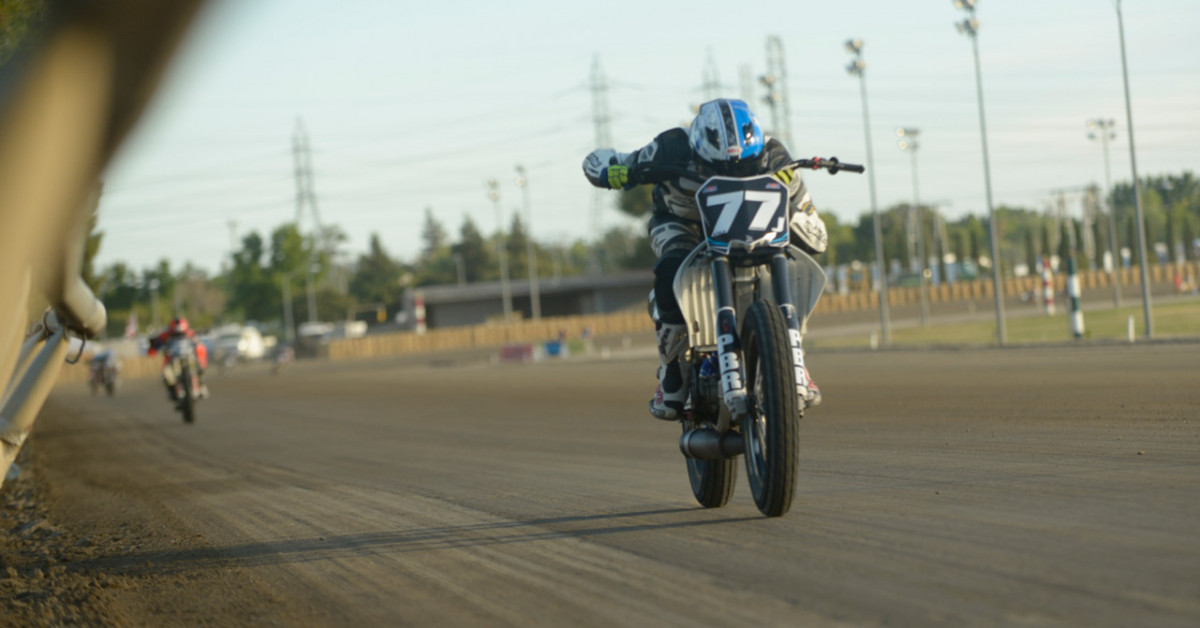 The 20-year-old Michigan resident has been dominant at times this season in the AMA Pro Flat Track Pro Singles ranks, winning three straight races over the summer, and four in five events. But those wins didn’t come easy.

At both Hagerstown and Sacramento, Johnson needed to chase down a leader and close a substantial gap to make last-minute moves for the win.

But there are no style points in AMA Pro Flat Track, and Johnson looked to be running away with his first ever professional title. However, over the last five races, Johnson has finished outside the top 10 three times, leaving room for Davis Fisher to fight back into the title hunt.

So if Johnson, riding his No. 77J Parkinson Brothers Honda, holds on at the Flat Track Finals at the LA County Fairplex in Pomona, Calif., on Oct. 11 and claims the title, it’ll be a fitting way to wrap it up based on his season.

“A six-point lead is obviously not a lot, and Davis Fisher is right there,” Johnson said. “As long as we’re fast in qualifying and get a good start to the race, I’d like to get a podium and hopefully win a championship.”

When Johnson has been on, he’s been masterful. After the series left Daytona, where he was 18th and seventh in a pair of races, he’s finished fourth or better seven times. But poor finishes, including a 14th place showing at the Castle Rock TT, have been what’s kept 2014 from being a runaway effort for Johnson.

“It’s been ups and downs,” Johnson said. “We started the season off with a struggle at Daytona, didn’t come out of there with the points we wanted, but we were able to string together three wins in a row.”

Fast forward to now, and Johnson is in uncharted territory, chasing his first professional title. A veteran of hillclimb, the experience of having his championship nemesis racing inches from his own handlebars is new.

“Obviously, hillclimbing, you’re not on the track at the same time, it’s a whole different ballgame,” Johnson said. “I’ve never been in a points battle like this in flat track.”

Johnson is prepared though. He said he’s been talking with one of his team owners, Craig Parkinson, and he’s ready to show up in Pomona with a strategy – just go fast.

What Johnson has to do is finish second or better, which he’s done six times this season.

When asked what it would mean to win a title, Johnson unselfishly pointed to his team and how it would be nice to pay them back for their hard work getting him to the point where it’s possible.

“It would definitely be awesome,” Johnson said. “With all the people behind me, it would be pretty awesome to win a championship and take home the No. 1 plate.”

Every session on track from the Flat Track Finals can be viewed live at FansChoice.tv, and more information on the event can be found at www.FlatTrackFinals.com.