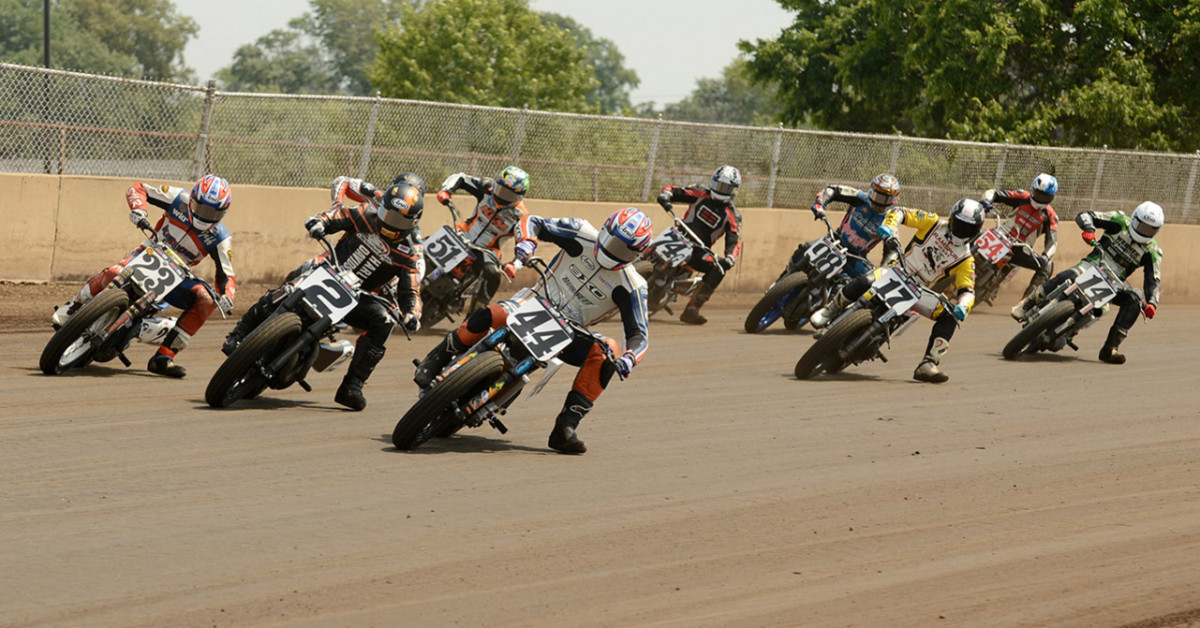 DAYTONA BEACH, Fla. (May 21, 2014) - One of the biggest indicators that summer is quickly approaching each year is when the stars of AMA Pro Flat Track roll their two-cylinder motorcycles off the trucks at the Illinois State Fairgrounds in Springfield, Ill. for the first go-around of the year at the legendary Springfield Mile.

Defending Grand National Champion Brad Baker will look to rebound in a big way this weekend after failing to break the top 10 in either of the two main events at Daytona to begin the season. Baker's current 16th position in the points is unfamiliar territory for the typical front-runner. At Springfield, Baker is entered to compete aboard the Factory Harley-Davidson XR750 for the first time this season since signing with the heavily sought-after race team last offseason. Look for the No. 1-plated Baker to get back to his usual high spot in the running order this weekend when the flags go green at Springfield.

Bryan Smith is widely considered the favorite to earn the coveted Springfield Mile victory this weekend. Smith has been notorious for dominating mile-long tracks over the years, mainly by using the front and back stretches as catapults to pull away from the rest of the field. Like Baker, Smith has a lot of ground to make up after struggling at Daytona. The Flint, Mich. product will ride the No. 42 Villa Esparza/Crosley Radio Team Kawasaki EX650 this weekend as he tries to improve on his 14th place position in the overall point standings.

Kenny Coolbeth will look to keep his momentum rolling this weekend as he comes off his first career DAYTONA Flat Track victory following Round 2. Coolbeth and Zanotti Racing joined forces this offseason to make up a frightening tandem eager to make noise in their first season together. Coolbeth currently sits third in the points and will ride a Harley-Davidson XR750 on Sunday.

Graham, Wash. native and current overall points leader Sammy Halbert appears to be on top of his game in 2014. After an injury-plagued 2013 campaign, Halbert proved he's healthy enough to wreak havoc on the competition at Daytona, earning second and fourth place finishes to come away with the points lead. Halbert will look to build off his nine-point lead aboard a South East Harley-Davidson XR750.

Jake Johnson looked like the Jake Johnson of old during the first two rounds of competition this season. Whatever steps the 2010 and 2011 Grand National Champion appeared to have lost over the past couple years, he seemingly got back at Daytona. Most fans and riders alike know that a revamped Johnson can mean a lot of problems for the rest of the field as he's proven to be one of the best in the business when he and his team are clicking on all cylinders. Johnson will sport a Ramspur Winery Ducati at Springfield.

There probably isn't a rider on the circuit more eager suit to up at Springfield than Brandon Robinson. The Oxford, Pa. native is not only legitimately gunning for his first ever championship, but he was the winner of both Springfield Mile main events a year ago. Robinson just plain loves the track and thrives under pressure so fans can expect the USC Kawasaki EX650 rider to bring it again this weekend.

There are several other notable riders that have a chance to make noise when the series heads to the Illinois State Fairgrounds in Springfield, Ill. for the Springfield Mile on May 25, 2014. Shayna Texter, Briar Bauman, Stevie Bonsey, Henry Wiles, Jared Mees and company will all be looking to stamp their name in the record books this weekend. For tickets and more information regarding the event, please visit http://www.illinoismda.com/ or call 217-753-8866 or 888-468-1622.