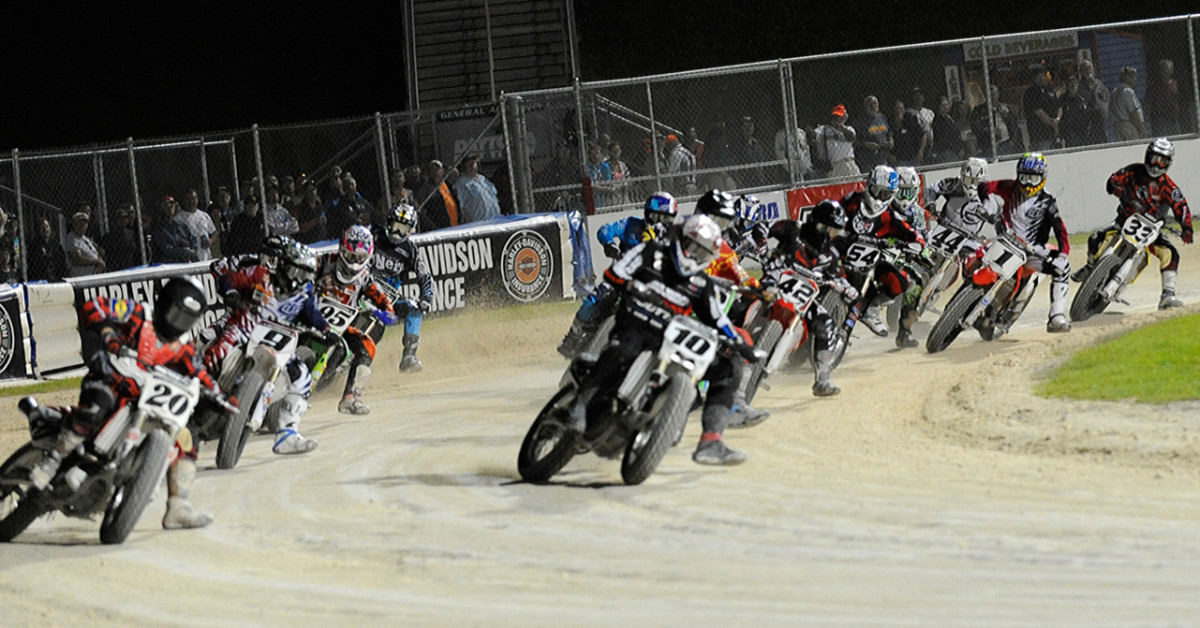 This year marks the third consecutive season that AMA Pro Flat Track begins the circuit at Daytona International Speedway. SPEED will once again broadcast the stars of the sport at Daytona this season. All of the intense action will be aired on SPEED at 6:00 p.m. E.T.

At the 2012 season opener, Johnny Lewis took Race 1 with an impressive victory. Race 2 looked like it was going to eventual AMA Pro Grand National Champion and Expert Singles Champion Jared Mees as he was the race leader for 24 laps. Going in to the final lap, however, the checkered flag was up for grabs as Matt Weidman found himself in the right place at the right time, overcoming Mees and sealing the victory.

Going in to 2013, fans can expect a strong talent pool for all classes. Jared Mees looks to defend his No.1 plate with another stellar year riding for Rogers Racing. In the off-season, the champ brought on new mechanic/tuner Kenny Tolbert. Tolbert was the mechanic for seven-time Grand National Champion Chris Carr for many years, and is highly respected in the Professional Flat Track community.

Crosley Radio/Howerton Motorsports rider Bryan Smith is considered a top candidate for the 2013 Grand National Championship. The Michigan native is widely known as the circuit’s premier mile-track rider as he relies heavily on the power of his Kawasaki to dice with competitors. Smith looks to repeat his 2012 AMA Pro Expert Twins Championship this season.

Reigning 2012 AMA Pro J&P Cycles Pro Singles Champion Stephen Vanderkuur will be the favorite going in to this season. However, considering the depth of talent in the field of young promising riders, the path to the title will be no easy task.