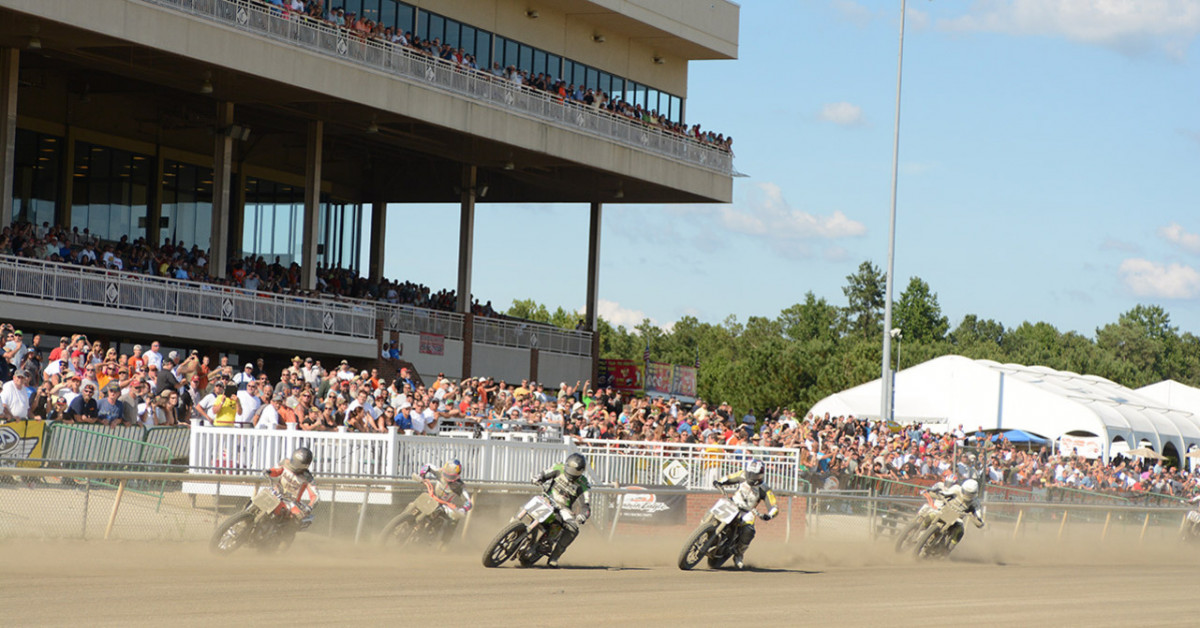 "I've had a very up-and-down season with injuries and what not," said Mees. "More than anything I just wanted to win the race."

For the first eight laps, it looked as if Smith would run away with his third victory of the season as he at one point controlled a very comfortable lead. Unfortunately for the Flint, Mich. product, his Kawasaki EX650 came up lame out of turn two on the ninth lap and forced him off the lead. After critical seconds had passed, Smith was indeed able to get his bike working again but it was too late. Smith was unable to make up the ground he'd lost and would go on to finish 12th, 25.362 seconds behind Mees.

"Virginia was a heartbreaker," said Smith. "Mainly because I thought I had a really good chance to win. It was a rollercoaster of emotions, too. When I went down, one of the first people I saw pass me was Brad (Baker) and I thought to myself 'there goes the championship'. Then when I finally got my bike running again, he went down less than 30 seconds later and it was just a crazy chain of events. I'm really looking forward to Springfield and I have a tremendous amount of confidence in my team to give me the best chance to win moving forward."

Another notable rider to go down because of motorcycle issues was current Grand National Championship points leader Brad Baker (Dodge Bros Racing/Harley-Davidson). Baker was in serious contention with Mees for second place before Smith sputtered out and wasn't far off the lead when he too had his motorcycle let him down. The severity of Baker's mishap, however, proved to be much worse than Smith's as the Eatonville, Wash. product was unable to continue racing, resulting in a catastrophic 19th place finish and putting his championship title hopes in jeopardy.

Winn, Mich.'s Henry Wiles (Lloyd Brothers Racing/Ducati) charged the field after starting all the way back on the fourth row to finish second in the main event. Wiles got a tremendous start and made his way up to the front group of riders within the race's first few laps.

"The Ducati was running good," said Wiles. "I got off to a great start which was a huge factor in me coming in second. I have to thank my team and the slew of guys that are behind me, I can't thank them enough."

Starting from ninth on the grid, Brandon Robinson (TJ Burnett Farms/Kawasaki) followed up his impressive second-place finish at the Indy Mile with a third-place effort at Colonial Downs. A combination of a little luck with Baker and Smith falling out has put Robinson back in Grand National Championship discussions as the Oxford, Pa. native now sits third in the points.

"It feels pretty good, especially after my heat crash while I was leading," said Robinson. "It was a long race for sure. I didn't get the best start after missing a shift but I just battled and kept pushing. Jared (Mees) and Henry (Wiles) were riding great, when I got in third position I just wanted to take it easy and land on the podium again."

Starting from the fifth slot, Briar Bauman (Monster Energy Kawasaki/Kawasaki) edged out Kenny Coolbeth, Jr. (Harley-Davidson Motor Co./Harley-Davidson) by .009 seconds to finish fourth for his best performance this season. The Salinas, Calif. product has landed in the top five in two out of the last three main events and looks to be heating up down the homestretch. Coolbeth Jr.'s fifth-place effort was equally impressive as he did so after starting from 15th on the grid.

Luckily for Cody Johncox (Sunnyside Cycle/Yamaha), the AMA Pro J&P Cycles Pro Singles main event was 10 laps and not an inch further as the New Yorker came out on top in a three-way photo finish between himself, Shayna Texter (Crosley Radio/DFW Honda) and Stephen Vanderkuur (Parkinson Brothers Racing/Honda).

"It was great to win the first AMA Pro Flat Track main event held at Colonial Downs," said Johncox. "I got as small as I could on the final backstretch and just prayed they didn't draft by me."

Despite starting the main event from 10th on the grid, Texter fought her way to the stripe to finish second and it could have just as easily been her atop the podium if the race consisted of any more laps. Texter's runner-up performance marks her third straight finish inside the top two in mile-long races.

"I unfortunately put myself on the second row to start the main event but I was able to put my head down and go to work," said Texter. "I came up a little bit short but it still is good for the points and I can't thank my team enough for working their butts off all day. I was also nice to have my family in attendance for the first time in a while."

Vanderkuur's third-place finish lifted him to third in the point standings and the defending J&P Cycles Pro Singles champion has given himself a chance to repeat with four rounds remaining.

There wasn't a lot of movement at the top of the J&P Cycles Pro Singles point standings with Maguire finishing fifth and Ryan Wells (Waters Auto Body/Honda), who currently sits in second place in the points, finished sixth on his Honda CRF450R.

AMA Pro Flat Track presented by J&P Cycles heads to Springfield, Ill. for Rounds 10 and 11. The doubleheader Labor Day weekend will feature the stars of the sport competing on the legendary Springfield Mile for the first time this year on Saturday, August 31, 2013 and again the following day on Sunday, September 1, 2013. For tickets and information, please visit http://www.illinoismda.com.