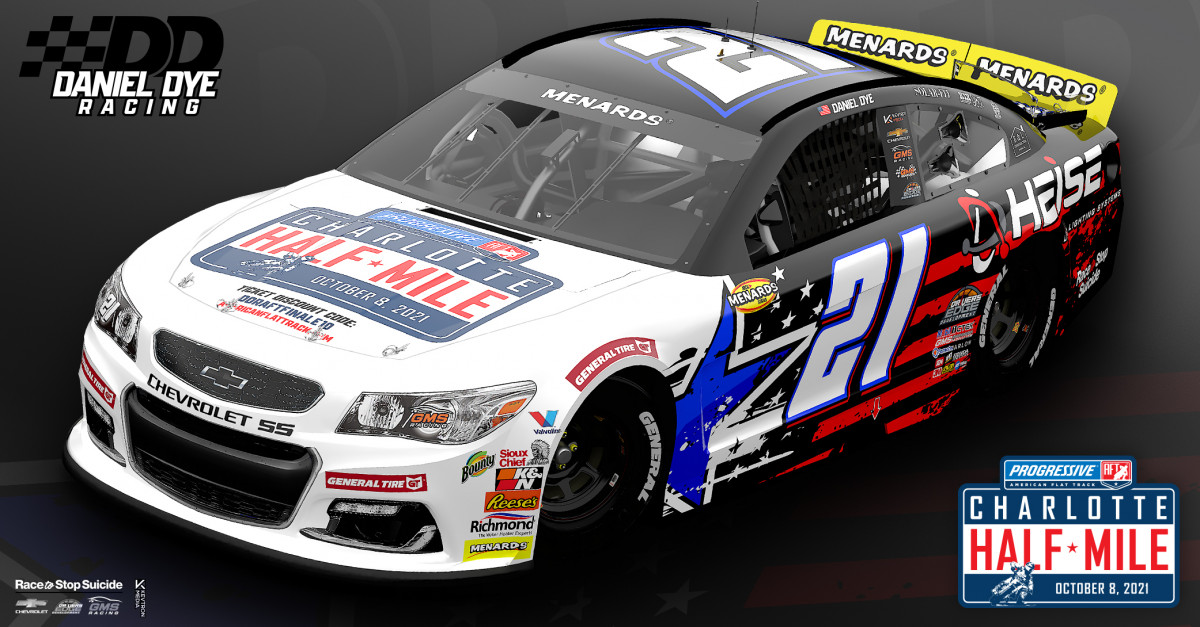 Daniel Dye Racing is excited to announce Progressive American Flat Track will be the title sponsor of the No. 21 GMS Racing Chevrolet for Thursday's ARCA Menards Series event at Bristol Motor Speedway in Tennessee.

Dye's hood will feature a promotion for American Flat Track's season finale event at The Dirt Track at Charlotte Motor Speedway, happening on October 8. Progressive AFT is widely recognized as the most prestigious and competitive form of dirt track motorcycle racing in the world.

"It's an honor to represent Progressive American Flat Track and promote their big season-ending event at Charlotte in October," commented driver Daniel Dye. "I love watching the action that AFT provides and have a ton of respect for what they do. I can't wait to be at the Charlotte Half-Mile for the grand finale!"

200 Laps of ARCA Menards Series action at "The Last Great Colosseum" can be seen live on FS1 and the FOX Sports Go App beginning at 6:30 p.m. ET, Thursday, September 16. In addition, play-by-play coverage can be heard on MRN Radio affiliates nationwide and SiriusXM Satellite Radio. As always, behind-the-scenes content and live updates will be posted to Dye's Twitter account, @danieldye43. 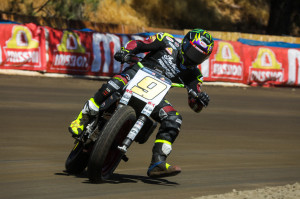