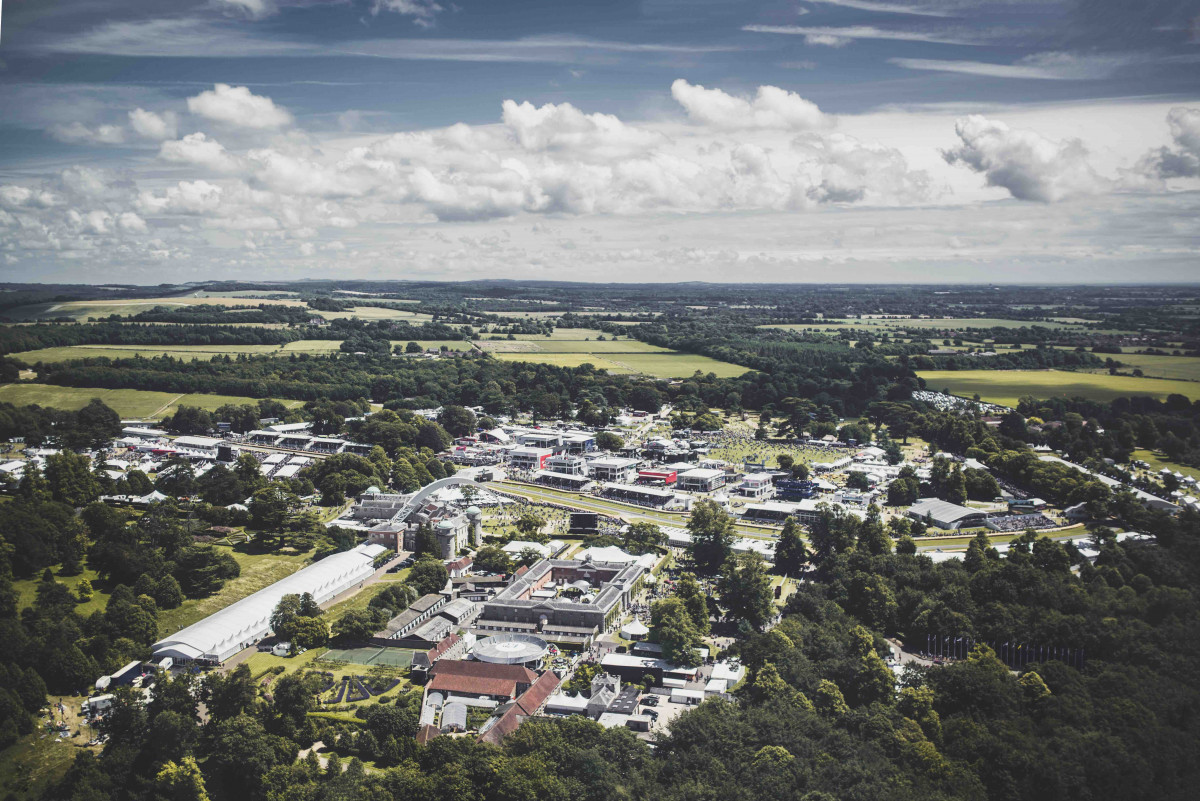 DAYTONA BEACH, Fla. (June 13, 2018) - The 2018 Goodwood Festival of Speed, a 4-day-long celebration of motorsports history, design and technical achievement, and perhaps the most glamorous and anticipated motoring event of the year, is less than a month away – and American Flat Track will be there, showcasing some of its amazing riders and machinery on the world’s stage.

If you’ve been there, or watched a telecast over the last 25 years, you know Goodwood is a truly amazing spectacle: Exotic and legendary sports and racing cars and motorcycles on display on the perfectly manicured grounds, each racing one by one up a 1.16-mile stretch of driveway leading to the Duke of Richmond’s elegant country estate. It’s a narrow and tricky path up the hill, with thousands of fans lining the route as the drivers and riders push their machines to the limit – and there’s simply nothing like it on earth.

Seven American Flat Track competitors and their motorcycles will be there this July to greet the anticipated 100,000-plus fans and make the run up Goodwood’s wooded, hillside circuit: Indian Motorcycle factory team riders Brad Baker, Jared Mees and Bryan Smith along with their Scout FTR750s; Husqvarna-supported Shayna Texter and her FC 450; Stevie Bonsey and the Lloyd Bros. Ducati 821; Jeffrey Carver Jr. and four-time Daytona 200 winner Danny Eslick will both be aboard legendary Harley-Davidson XR750s.

Rider reaction to the invitation is understandably positive. “I’m stoked to be invited and have the opportunity to rub elbows with some of the world’s top racers and racing enthusiasts,” said Bryan Smith. “I’m really looking forward to the trip.”

“I’ve never been to the U.K.,” said Shayna Texter, “and I’m also a bit of a Harry Potter fan, so I’m excited about the trip and the Festival. It looks like a very cool event.”

“I’ve heard nothing but good things and how fun the event is,” said Brad Baker. “I’ve never seen an F1 car up close, so I’m looking forward to checking them out along with the rest of the exotic equipment.”

Gary Gray, Vice President – Racing, Service & Technology for Indian/Polaris, is similarly excited about the opportunity. “We are honored to have Indian Motorcycle and the Wrecking Crew of Jared Mees, Bryan Smith and Brad Baker invited to such a prestigious international event like the Goodwood Festival of Speed,” Gray said. “One of our goals was to help increase the global reach and appeal of the American Flat Track series. Being invited to an event that features the best of Formula 1 and MotoGP shows that we are definitely heading in the right direction under the guidance of Michael Lock and AFT.”

Over the years, Goodwood has hosted some of the world’s most legendary automobiles and motorcycles – production- and racing-spec alike. But this year the sights and sounds of bare-knuckled AFT Twins and Singles machinery roaring up the hillside circuit is sure to generate an extra bit of visceral buzz among fans and media.

The American Flat Track contingent will have its own paddock area at Goodwood, which means fans and media will have amazing access to the AFT motorcycles and their riders. It’s just one more way Goodwood is taking the up-close-and-personal concept to a totally new level – and another reason the event is so beloved by motorsports fans worldwide.

“The Goodwood Festival of Speed is like the Oscars for racing motorcycles and cars, hosted at an amazing country estate in England and attended by motorsports royalty,” said Michael Lock, CEO of American Flat Track. “We are very excited to have been invited to introduce the athletes and bikes of American Flat Track to a new European fan base, who are starting to stream our sport in rapidly increasing numbers via Fanschoice.tv. This is the start of big things for AFT!”

Information about the 2018 Goodwood Festival of Speed presented by Mastercard is available here: Goodwood FoS Info﻿

Tickets can be acquired here: