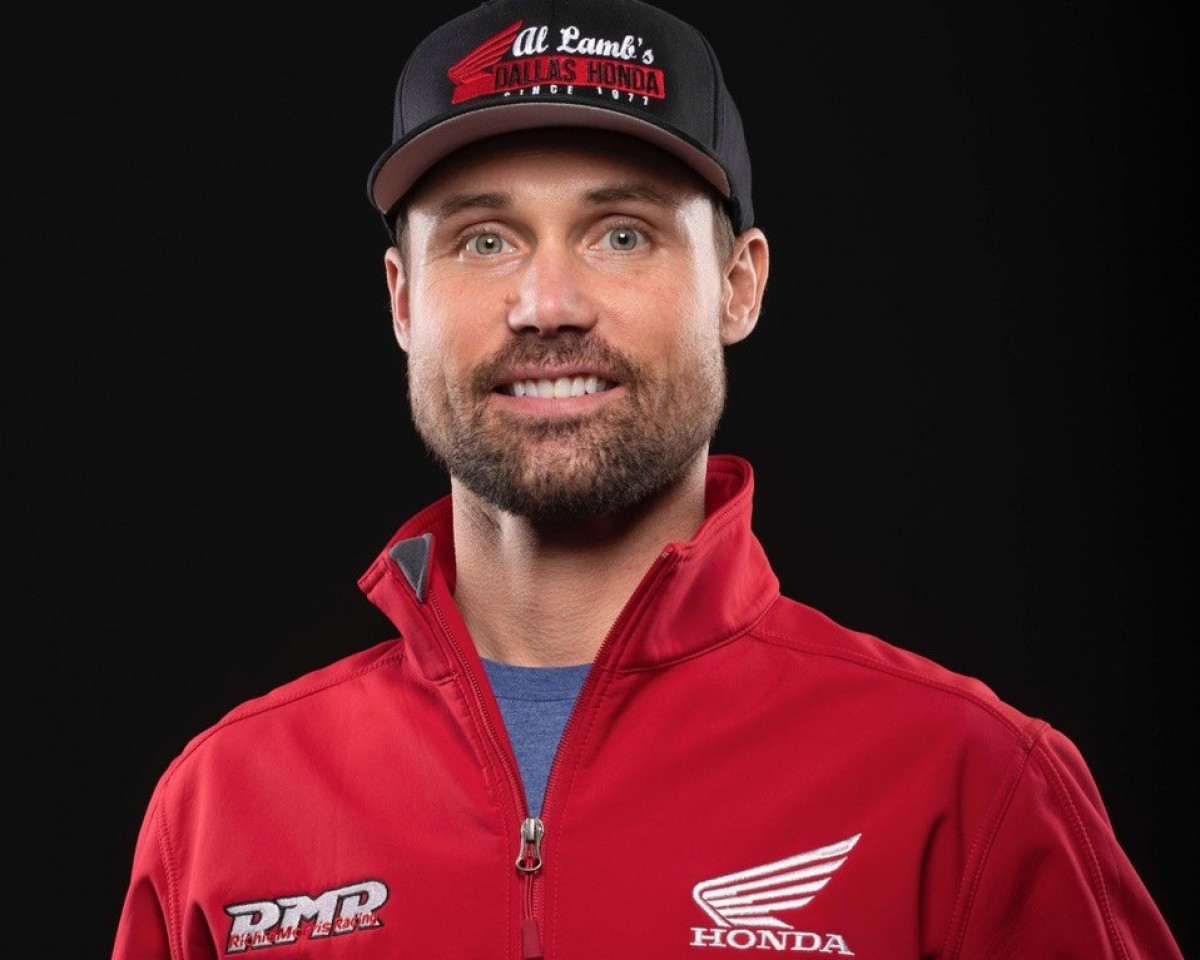 DAYTONA BEACH, Fla. (December 16, 2019) – American Honda Motor Co. and Richie Morris Racing have signaled their intention to make an all-out assault on the AFT Singles championship with the blockbuster signing of Henry Wiles to contest the 2020 American Flat Track season aboard a Honda CRF450R.

After returning to the scene following more than 25 years away and coming within six points of claiming the AFT Singles title in 2019, American Honda is set to increase their involvement and support of RMR for the upcoming season.

“RMR has been a great partner, earning second place in the 2019 AFT Singles championship during our first year of collaboration,” said Brandon Wilson, Manager of Advertising & Motorcycle Sports at American Honda. “For 2020, we’re excited to have Henry Wiles on a CRF450R, and we look forward to him and the team continuing Honda’s proud history in the sport of dirt track racing.”

The addition of Wiles is a monumental development destined to send shockwaves throughout the paddock and the clearest sign possible regarding the seriousness of the RMR/American Honda effort.

"It’s an honor to have American Honda back with RMR in an even larger capacity in 2020," said Richie Morris, owner of Richie Morris Racing. "I’m so excited that this partnership includes the recruitment of Henry Wiles. In my opinion, Henry is one of the best flat track pros to ever swing a leg over a 450; RMR is proud to have him. We’re certain that he’s the right man to bring home the championship in 2020."

“King Henry” is arguably one of the most accomplished Singles riders in the history of the sport. The Winn, Michigan, native was crowned GNC1 Singles Champion in 2009 and 2010, and boasts 26 career premier-class victories aboard four-stroke singles, including a string of 14 straight at the legendary Peoria TT.

In fact, from 2009 to 2016 (the final year singles were included in the premier category), he won half (19 of 38) of the races he started on single-cylinder equipment.

Wiles is AFT’s all-time winningest TT rider with 19 victories in the discipline and stands equal with Chris Carr at the top of the order in Short Track wins at nine. He ranks 11th in career American Flat Track wins at 30, having also demonstrated the ability to take the checkered flag first aboard twin-cylinder machinery and at Half-Mile venues. That versatility was well demonstrated in 2018, when he finished as the AFT Twins championship runner-up with six podiums and 13 top-fives.

Regarding his impending move into the AFT Singles class, Wiles said, “Richie gave me a call and was talking about going and winning a 450 championship. It’s absolutely exciting to be associated with American Honda, and I’m walking on to a good team that already has some things sorted out. That’s going to be good for me… and I think it’s going to be bad for everybody else. Richie was very up front with me about what the goal is. They’ve got everything in place, and Richie has won championships before. He’s a team owner who knows how to put the right people in place to do just that.”

Wiles will team with returning RMR rider Cole Zabala, who registered five top-10 finishes in AFT Singles action a year ago with RMR.

"Cole is truly a good kid," Morris said. "He’s not afraid of hard work and I admire that. He learned much last season and is important to one of our associate sponsors, Tucker Powersports. It’s going to be fun to watch him learn from Henry and become the future of American Flat Track."

Zabala said, “I’m really excited to continue the relationship with RMR and American Honda. Last year was a huge improvement in my program, and I’m stoked for this upcoming season!”

American Flat Track will start its highly anticipated 2020 season with the first-ever Daytona 200 and Daytona TT Doubleheader at Daytona International Speedway. It all kicks off at the peak of Daytona Bike Week on Saturday, March 14, 2020. Tickets start at just $35 online and are available for purchase now at www.americanflattrack.com.

NBCSN and TrackPass on NBC Sports Gold are the official homes for coverage of American Flat Track. For the 2020 season, NBCSN’s coverage of AFT remains in highly coveted programming slots within two weeks of each event. The complete schedule for AFT on NBCSN can be viewed on the AFT website. TrackPass on NBC Sports Gold—the most-robust motorsports offering in the digital marketplace—is a cornerstone of AFT's digital strategy, providing live streaming coverage of every event and maintaining an active archive of all AFT content.

About RMR:
RMR is a professional motorcycle race team. Having competed at the highest level in different genres of motorcycle racing, RMR has won four national championships in AMA Pro Road Racing. The team has scored numerous wins and podium finishes with many different professional riders. We believe in building a solid platform to win races and championships. In doing so, our mission is to deliver value to our riders and partners.