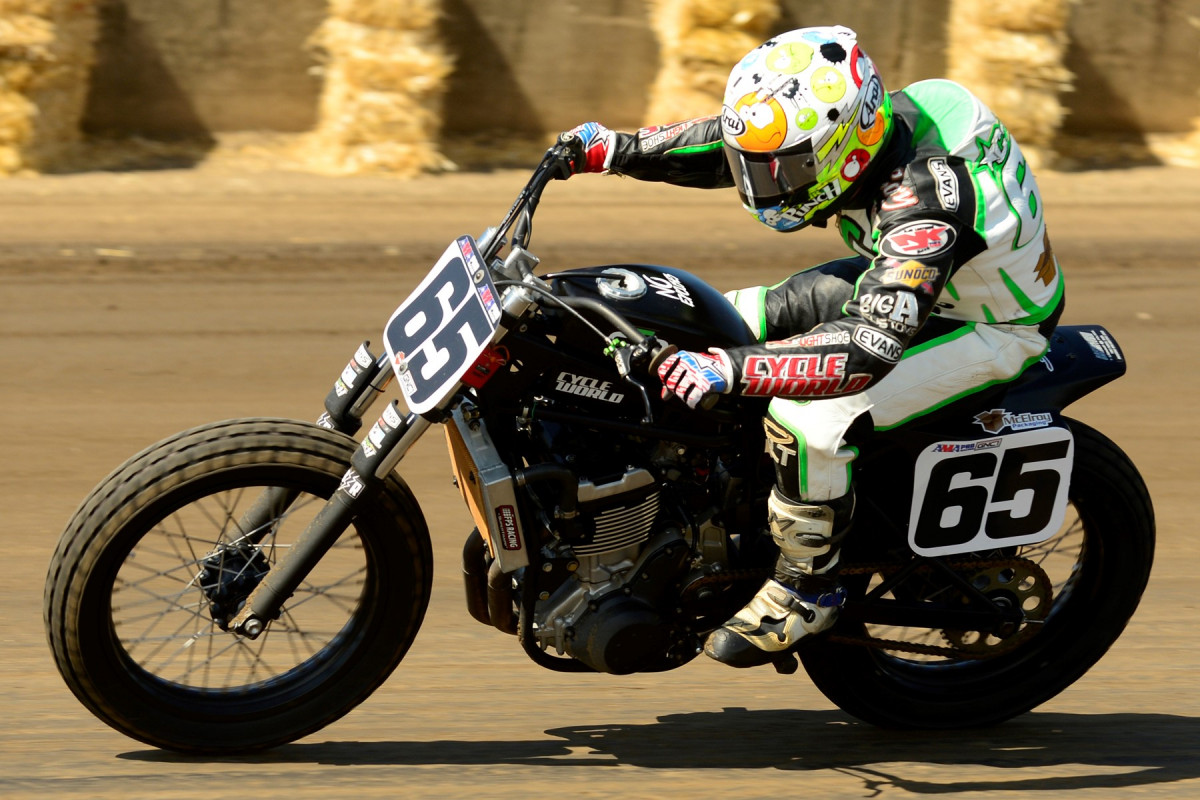 By Posted on behalf of Cory Texter Racing (CTR)

Willow Street, Penn. (February 10, 2017) – Following his most successful season in professional motorcycle racing, Cory Texter is preparing to contest the 2017 American Flat Track Championship. Texter made a lot of noise this past year with two podium finishes and ninth overall in the final points standings. He will again compete in the Twins class under his own banner, Cory Texter Racing.

Sour Punch Candy has agreed to be the title sponsor of Cory Texter Racing. Sour Punch Candy came on as a sponsor at the end of the 2016 season and will be stepping up its efforts to help Texter battle against the factory teams this season. Sour Punch is a big supporter of action sports and excited about its involvement in American Flat Track.

“We are very excited to work with Cory again this year”, said Mia Newman from Sour Punch Candy. “He’s been an important partner in reaching a younger audience for the Sour Punch brand. We wish Cory a successful and safe 2017 season and we are behind him 100%.”

Also stepping up support is long-time sponsor McElroy Packaging from Wooster, Ohio. The McElroy family has been supporting both Cory Texter and his sister, Shayna, for several seasons and will return as a premier sponsor in 2017.

Law Tigers Motorcycle Lawyers will also serve as a premier sponsor. Law Tigers is a national network of local motorcycle accident attorneys who are committed to protecting fellow motorcycle riders. They are based in 10 states across the country and big fans of American Flat Track. Law Tigers promotes the Arizona Mile.

Don’s Kawasaki and DPC Racing will join forces with CTR this season. Don and Erin Kissinger are longtime friends of the Texter family and their support will be a driving force in Texter’s efforts. Dan Caulkins from DPC Racing is sure to add another major component to the team’s success.

“I am really excited and truly blessed to have so many people behind me this season who believe in me and want to see me succeed,” said Texter. “Last season was a good year and we had some successful races, but I know we can build on what we accomplished last year and contend for race wins in 2017.”

Mechanic Justin Bender will also return to the team this season. Bender and Texter worked together last season and look to build momentum on what they learned in 2016.

The team will have three Kawasaki twin-cylinder motorcycles in its arsenal this season. Alan Rodenborn will build engines, while Gordy Schopieray is responsible for producing the CTR machines. Texter will also race Lancaster Honda-sponsored CRF450Rs at other events in various series throughout the season.

“I am putting in a lot of work this winter to prepare myself for a long and busy season,” said Texter. “There are some factory teams that have really stepped up their efforts in 2017, but I believe my self-owned team with the people I have behind me can contend with the best of them.”

The 2017 American Flat Track season will kick off with the Daytona TT on March 16 inside Daytona International Speedway. Be sure to watch coverage of all 18 AFT national events this season starting in July on NBC Sports.