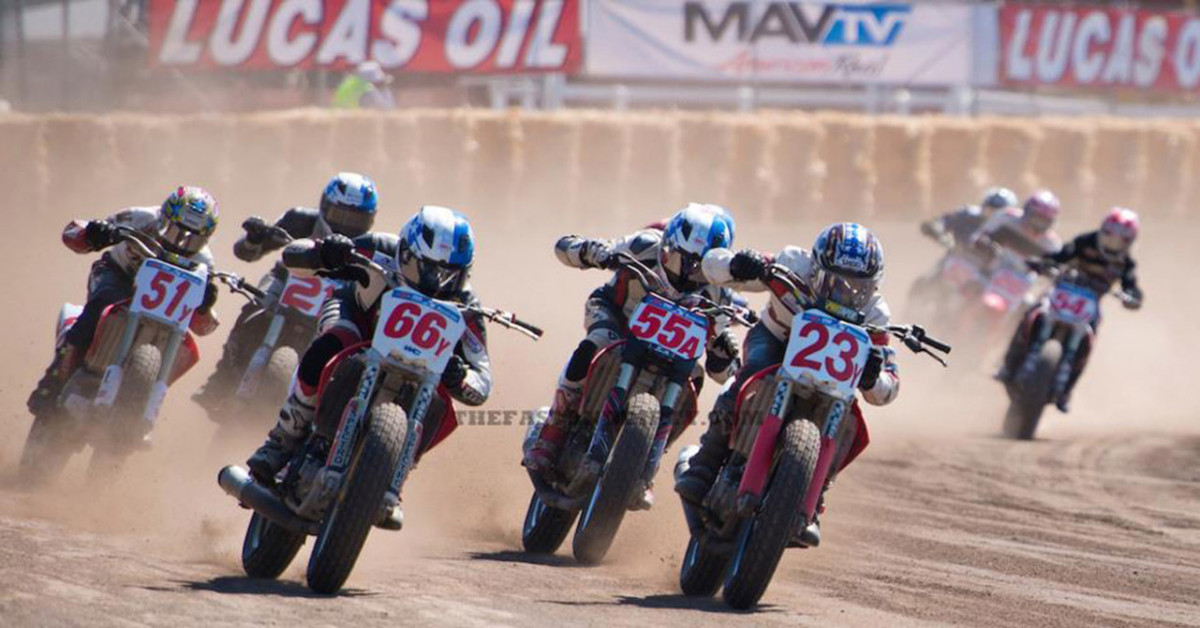 Last weekend was the AMA Pro Grand National event held at the Sonoma County Fairgrounds in Santa Rosa, California. This race was the closest race to my house out of all the races in this season. I felt a little uncomfortable heading into this event because it was a cushion and I'm still a little off pace on cushions. It was also a mile with tight corners, which I don't have much experience on. I would be heading into this event fifth in points and hopefully go into fourth in the overall points.

During the first couple of qualifying sessions the bike was a little off for gearing and we made changes every time I got off the track. I ended up qualifying ninth the first session and fifth the next. This would put me in the front row for the heat race.

We made another change right before the heat and felt like we were ready for another heat win. I got a little tangled with some riders off the start and ended up fourth into the first turn. After lap two I moved into first and stayed there for the rest of the heat. I felt very good and felt that I could have a shot at winning the main. We didn't make any more changes after the heat.

For the main I had second choice on the front row. I picked the outside next to Vanderkuur. I got the hole shot but was passed down the back straight. Vanderkuur was on rails and he quickly pulled away. I was in a good four rider battle the whole race with Shoemaker, Spencer, and Anderson.

I was having trouble hooking up down low so I moved to the outside and started following Spencer. I ended up a close fifth.

I feel good with my result because I see that I'm getting way better on cushions and miles. I'm also learning how to adapt to new tracks a lot faster which is key to doing good at a national. I am now tied for fourth in points and with some good results at the next two races, third place in points doesn't seem to be impossible to make happen.