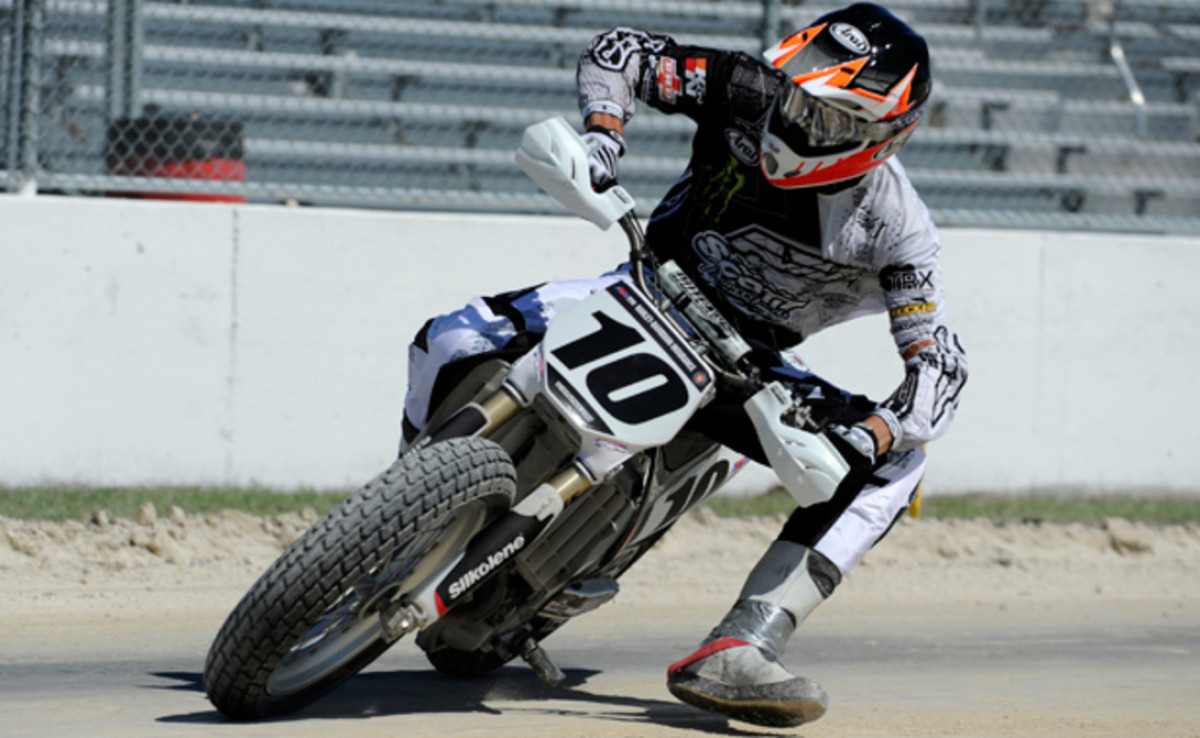 Lewis led every lap of the 25-lap, 18-rider main event on Thursday night for his first career victory at the “World Center of Racing.” Lewis held off fellow Honda rider Matt Weidman for a margin of victory of .696 seconds. “I took the right starting spot,” said Lewis, who finished second on both nights at last year’s Harley-Davidson Insurance GNC Expert Main Events at Daytona. “I couldn’t do it without my team. This is cool. This whole weekend means a lot to get a win.”

Yamaha’s Sammy Halbert, who swept both nights of the Daytona Flat Track last year, rounded out the podium. “It was a really tough race,” Halbert said. “It was a very competitive start. I did my best. It took me a long time to get up third.”

In a tight battle in the 16-lap Pro Main event, Gerit Callies of Hartford, S.D., riding aboard a KTM, outlasted Kawasaki’s Hayden Gillim by 1.198 seconds. Rounding out the podium was Alex Wood. “I had some good hole shots,” Callies said. “It’s good to start the season on top of the box.”

The six-lap Expert Dash For Cash, featuring the top two riders in each of the Expert Heats, was won by Halbert, who slipped past Jared Mees on the final lap. Halbert pocketed $1,000 for the win.