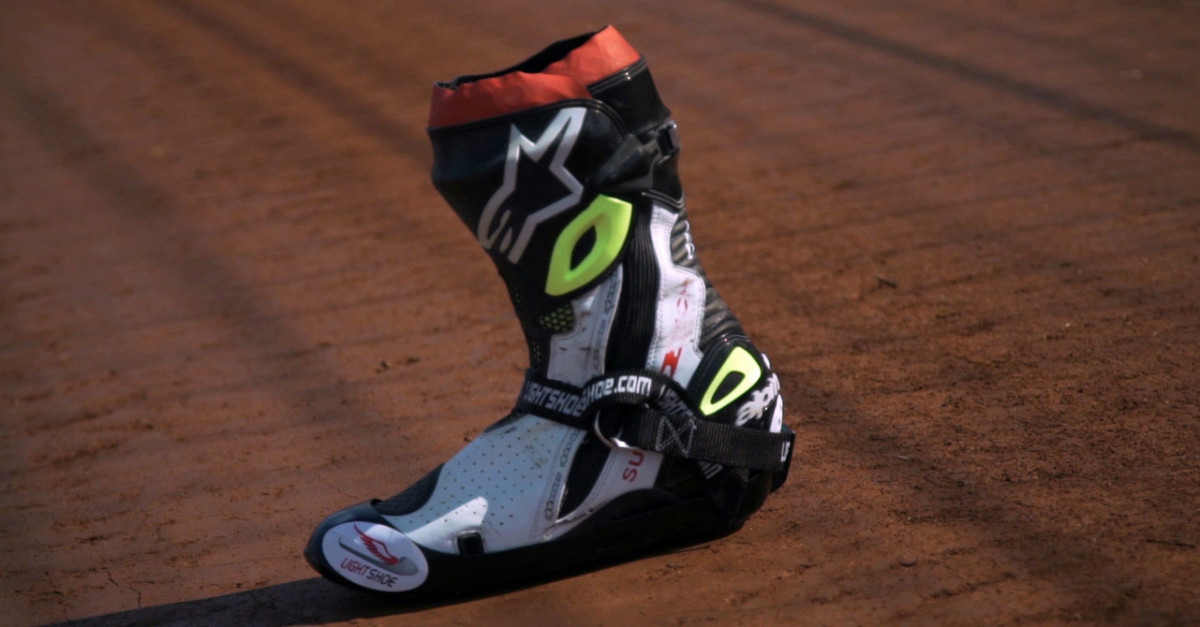 The following are talking points from Gary Kinzler and Kellie Huisenga about the importance of the steel shoe or hot shoe in AMA Pro Flat Track.

1. Flat Track motorcycle racing is one of the few original American sports. In true American spirit, the first race started when the second motorcycle was built.

2. A hot shoe, steel shoe, or skid shoe as its has been called, is a metal “slipper” that fits over the racer’s left boot. It is usually held on by a strap or screwed into the heel of the boot. It allows the rider to put their foot down while sliding thru the corners.

3. The only place a steel shoe is used is on a track like the one you’re looking at today.

4. It has been said that the hot shoe is the most iconic piece of equipment used in flat track racing. Each one is custom built, no two are alike.

5. The first hot shoes were made by Ken Maely, from the curved ends of car bumpers he purchased from junkyards for approximately 50 cents. He started building hot shoes for himself sometime between 1945 and 1950. They weighed about 8 lbs. He later switched to band saw blades because they were lighter and lasted longer.
He further developed his shoe and added hard surfacing to the bottom to make them last longer. This process is still used today. He is considered the father of the hot shoe.

6. Hard surfacing is the key to a durable hot shoe. It must be hard, but not brittle, and have a low coefficient of friction. It is not allowable for the metal to spark for safety reasons.

7. Fun fact: Ricky Grahm was the only racer ever allowed by the AMA to wear a hot shoe constructed of titanium. Titanium is a metal that generates sparks.

8. Fact: hot shoe builders do not like to reveal their materials or their trade secrets.

10. Fact: It is very difficult to be competitive on the track without a hot shoe.

11. Following in Ken Maely’s footsteps, Light shoe travels to the races and builds hot shoes out of the back of a big blue bus.