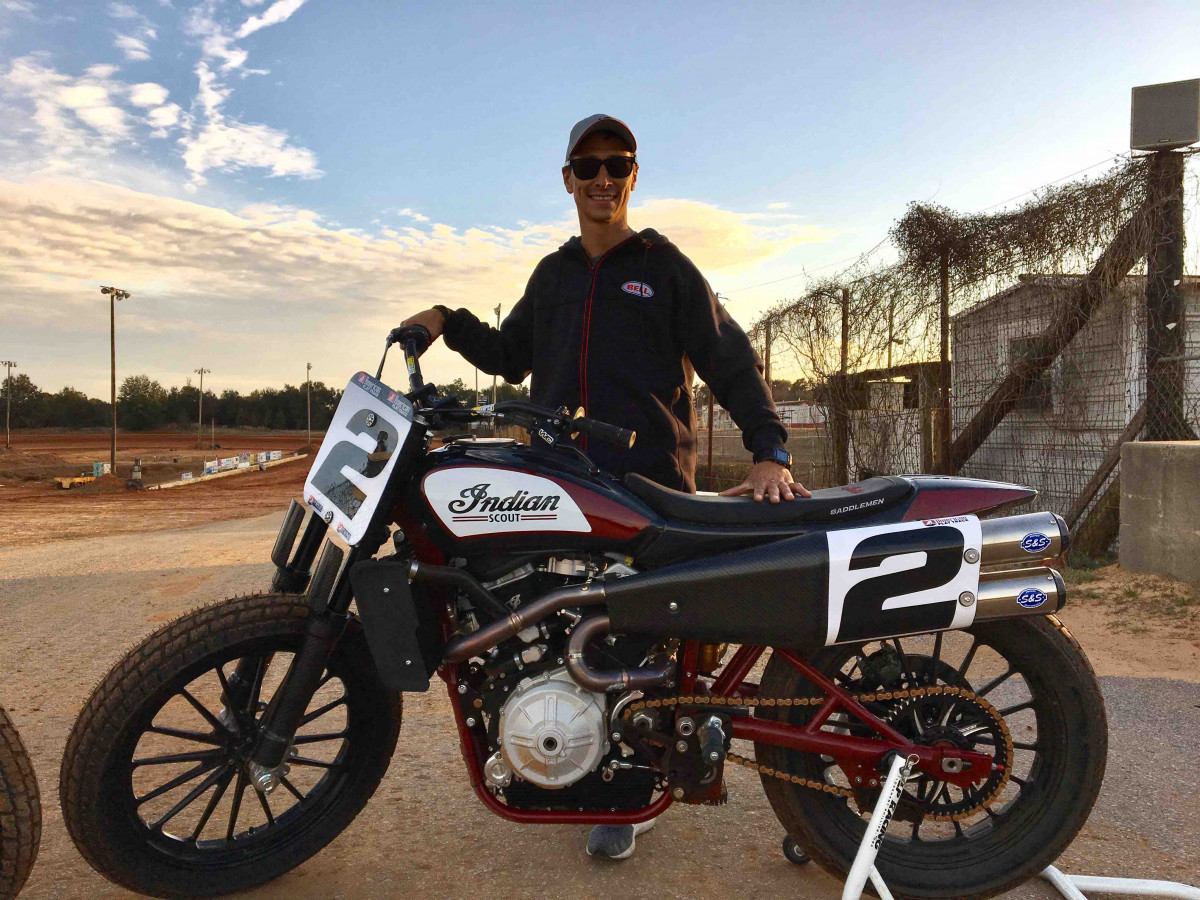 In the racing world, racers gravitate toward machinery that proves itself in the crucible of competition. So it’s no surprise to hear that as many as six American Flat Track privateer competitors in 2018 are planning to ride Indian’s dominant Scout FTR750.

Three-time Grand National Champion Kenny Coolbeth is one of those privateers. “After seeing the Scout FTR750’s capabilities last year,” he says, “I couldn’t be more excited to be riding one this season. I’ve been training hard this offseason, and I’m looking forward to giving the Indian factory team some competition now that we’re all on the same bike.”

That factory team he speaks of – comprised of Jared Mees, Brad Baker and Bryan Smith – accounted for 37 of the available 54 podium spots in 2017 (with six podium sweeps), and won 14 of the 18 races aboard FTR race bikes. Mees stormed to the AFT Twins championship with 10 wins, with Smith winning four others. It was nothing less than a dream season for Indian Motorcycle and its re-envisioned Wrecking Crew.

“We’re extremely excited to see so many talented riders turn to the Scout FTR750 this season,” said Gary Gray, Vice President – Racing, Service & Technology for Indian Motorcycle.  “We’re committed to supporting not only our factory team, but the privateers, as we have an aggressive contingency program in place that will reward these riders with performance incentives.”

Multi-time champ Coolbeth is especially keen to be aboard an FTR this season, as his 2017 season a factory rider with the Vance & Hines Harley-Davidson team did not turn out as he’d hoped. Coolbeth will team with legendary flat track tuner Dave Atherton for the entire 2018 season, with backing from sponsor John Wise. 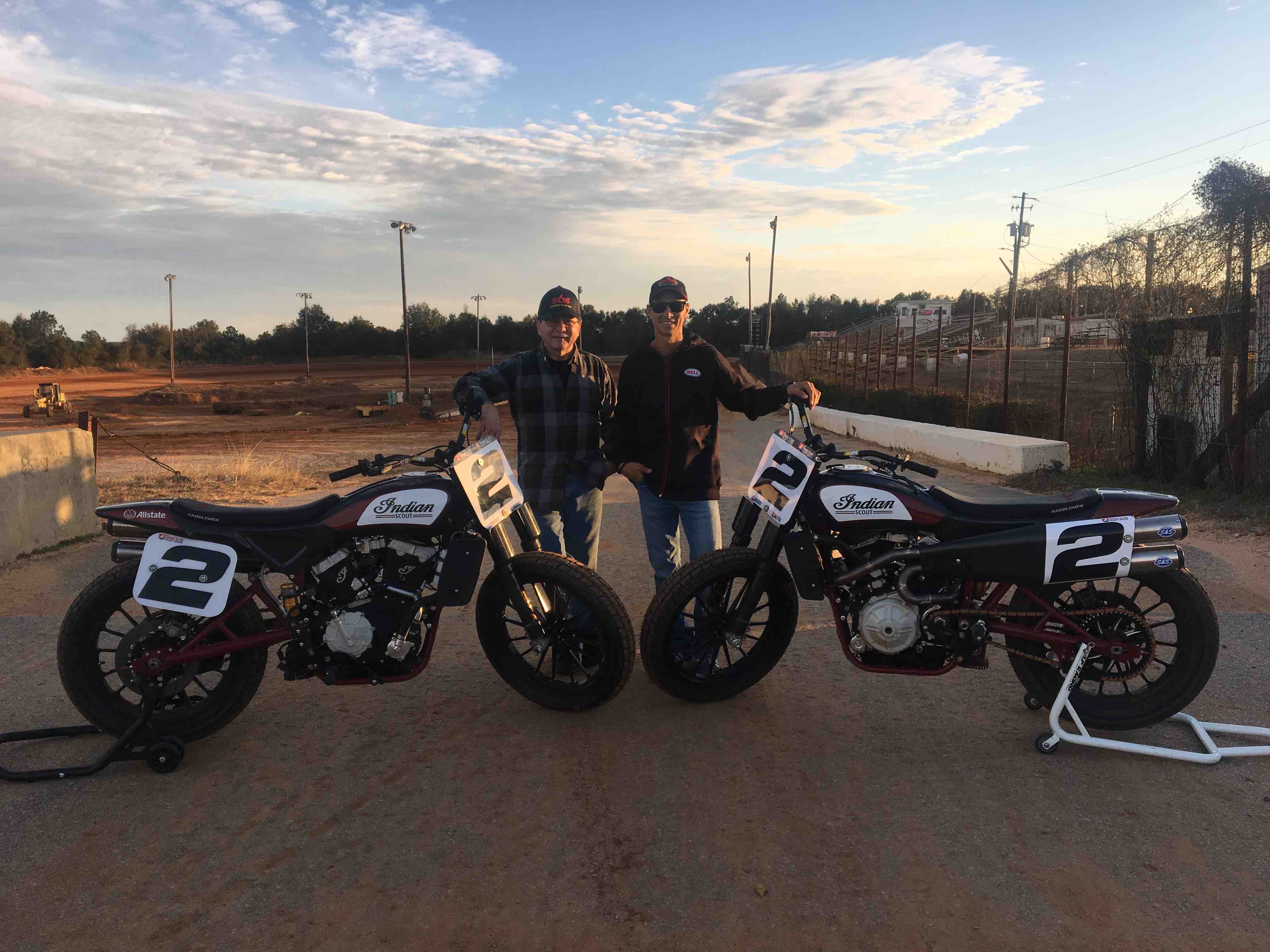 Coolbeth (right) joins longtime Twins tuner Dave Atherton (left), with help from John Wise and Lance Fox. In early testing KC felt "very comfortable" on the FTR. "They did their homework," he says.

“We’re all pretty excited,” added Coolbeth. “I got the opportunity to hook up with Dave [Atherton] and John [Wise]. Everyone’s got the passion for this and it’s starting to come together; it’s been lots of work, doing everything from scratch, but we have it going now and it’s feeling good. We’ll have three FTRs for the season, two supplied by John [Wise] and a third from Lance Fox, who runs Columbia Avionics.

“Yesterday’s testing went really well,” Coolbeth told us the morning of January 21st as he prepared for day two of his very first ride on the bike. “The FTR is really, really good right out of the box, and I feel very comfortable on it. That’s a good sign. You can tell the factory did its homework. The engine is positively electric. There’s power everywhere, and it’s very easy to use. I’m really looking forward to these next few days of testing. We all have very high expectations this year.” 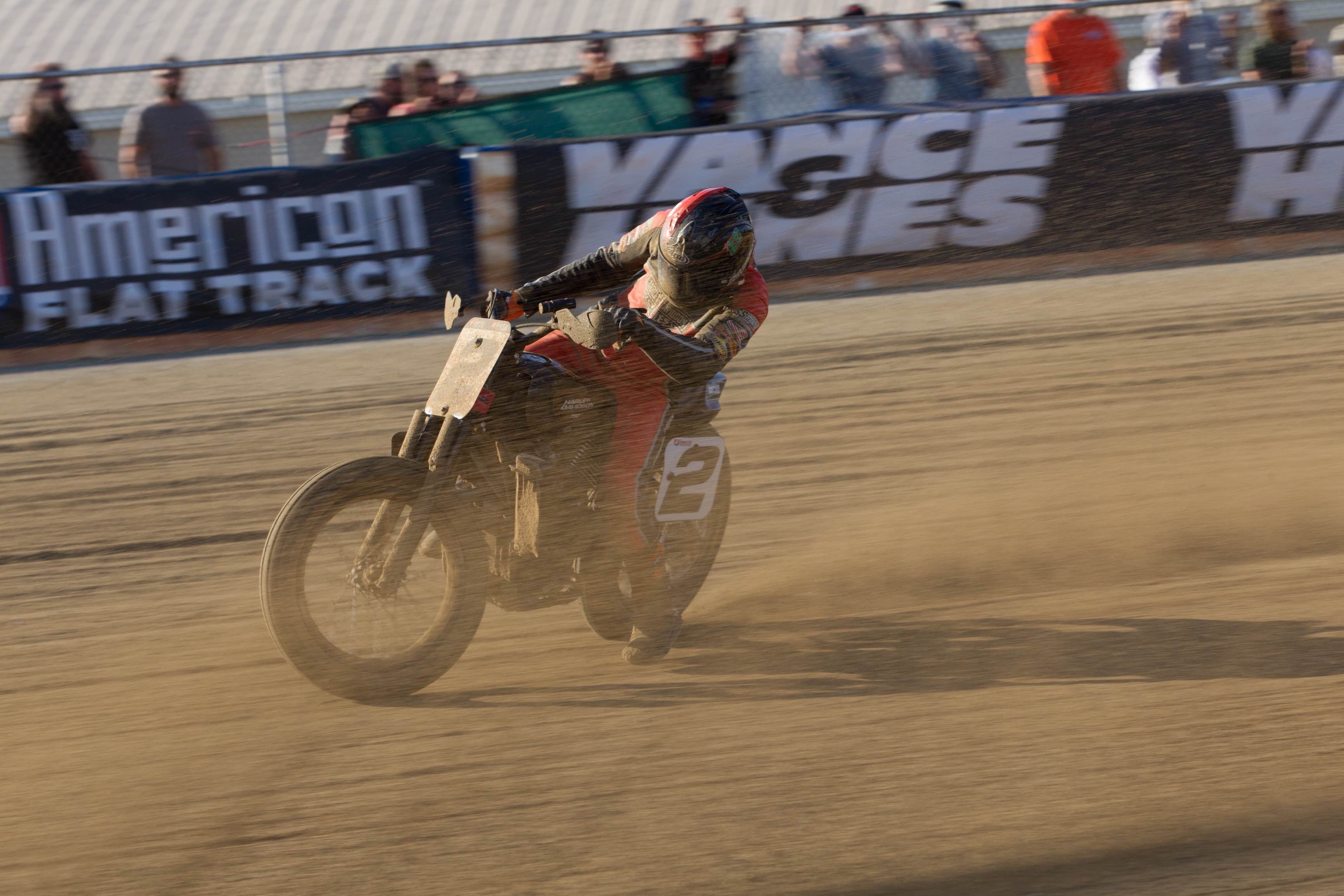 Coolbeth's 2017 season in AFT Twins wasn't what he - or Harley-Davidson - envisioned.

Coolbeth admits to second-guessing himself a lot during 2017. “I thought maybe I’d lost it,” he says of his efforts last year. “But over the off-season I rode a lot, and sort of proved to myself that I was still plenty fast, and that it wasn’t me in 2017. I’m feeling rejuvenated so far this year, and after riding this bike, I’m more excited than ever. I’m gonna ride as hard as I can, and have fun with it. The proof will come.”

And it all starts in less than 53 days with the Harley-Davidson TT presented by Russ Brown at Daytona. We can’t wait. And we know you can’t either.

Get your tickets for the Bigger, Better and Faster Harley-Davidson TT at DAYTONA on March 15, 2018, at Daytona International Speedway. Tickets start at just $29, and are on sale now via the Speedway’s website at www.daytonainternationalspeedway.com/Events/2018/DAYTONA-TT/DAYTONA-TT.aspx or by calling 1-800-PITSHOP. There’s pit-lane trackside seating this year, plus a Fan Zone with plenty of cool attractions, so don’t wait!