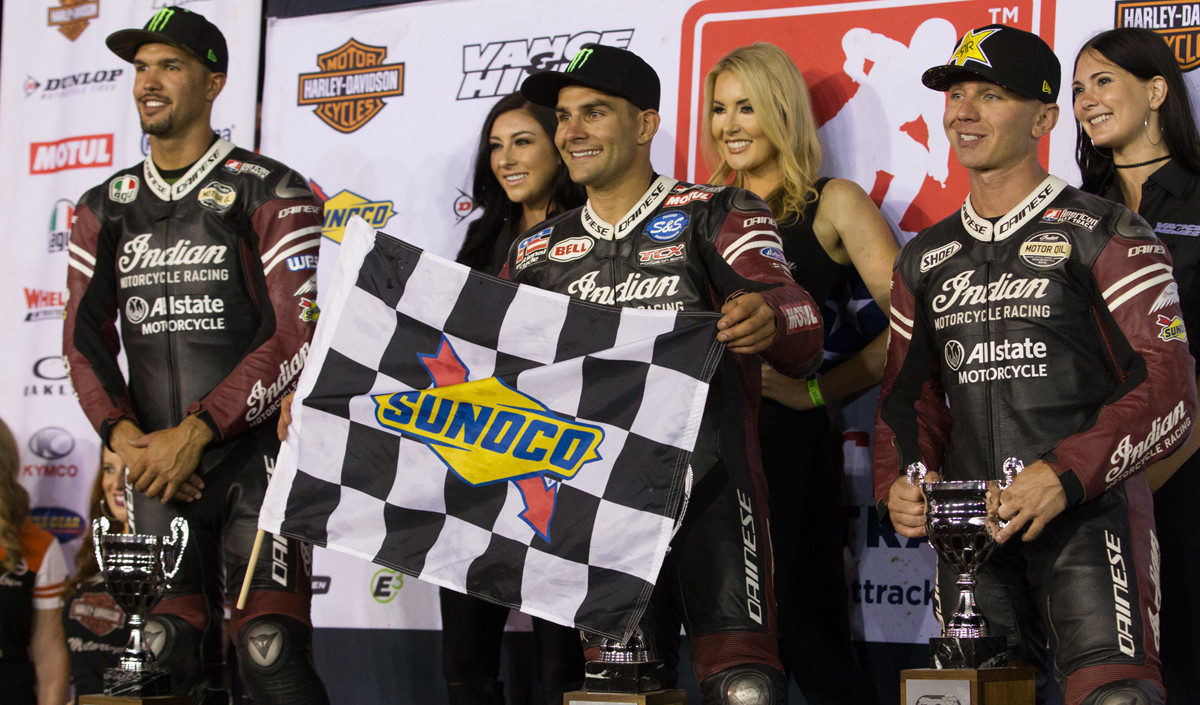 The AFT Manufacturer Championships tally up the points earned by the highest-placed rider representing each manufacturer in every Main Event. The combined efforts of the Indian Wrecking Crew in AFT Twins presented by Vance & Hines competition and the Honda-mounted contingent in AFT Singles have been such this season that both crowns have been clinched before the season’s end.

AFT Twins Manufacturers' Champion Indian Motorcycle immediately proved itself to be a dominant force in its long-awaited return to the sport with its potent Indian Scout FTR750 racer. Quite simply, Indian's 2017 campaign has been one of consistent and unrelenting excellence.

Thus far this season, Indian Motorcycle has taken 335 out of a possible 350 points in the Manufacturers' standings, with 11 victories and three runner-up finishes in 14 races to earn its first Grand National Championship Manufacturer title.

"Securing the Manufacturers' Championship through 14 races is an unbelievable accomplishment,” said Gary Gray, Vice President – Product for Indian Motorcycle. "To return to professional flat track racing after more than 60 years away from the sport and win the championship on a brand-new Scout FTR750 race bike is a testament to all the hard work from the entire Indian Motorcycle Racing team."

Meanwhile, American Honda's AFT Singles Manufacturer title run was assembled from the ground up by a deep and hungry pack of riders, any number of which have the potential to challenge up front on any given weekend.

"We're very pleased that Honda has earned the 2017 AFT Singles Manufacturers' title with four rounds remaining,” said Mike Snyder, American Honda Senior Manager, Powersports Marketing. "For 2017, Honda revised its Red Rider Rewards program for American Flat Track, and there's now no better contingency program in the Singles class. With seven of the top 10 riders in the current points standings being Honda-mounted, it's clear that the CRF450R is the bike of choice for flat track racing. Thank you to the series organizers for the increased exposure the sport has been garnering, and to our Red Riders for representing Honda so well on dirt ovals across the country."