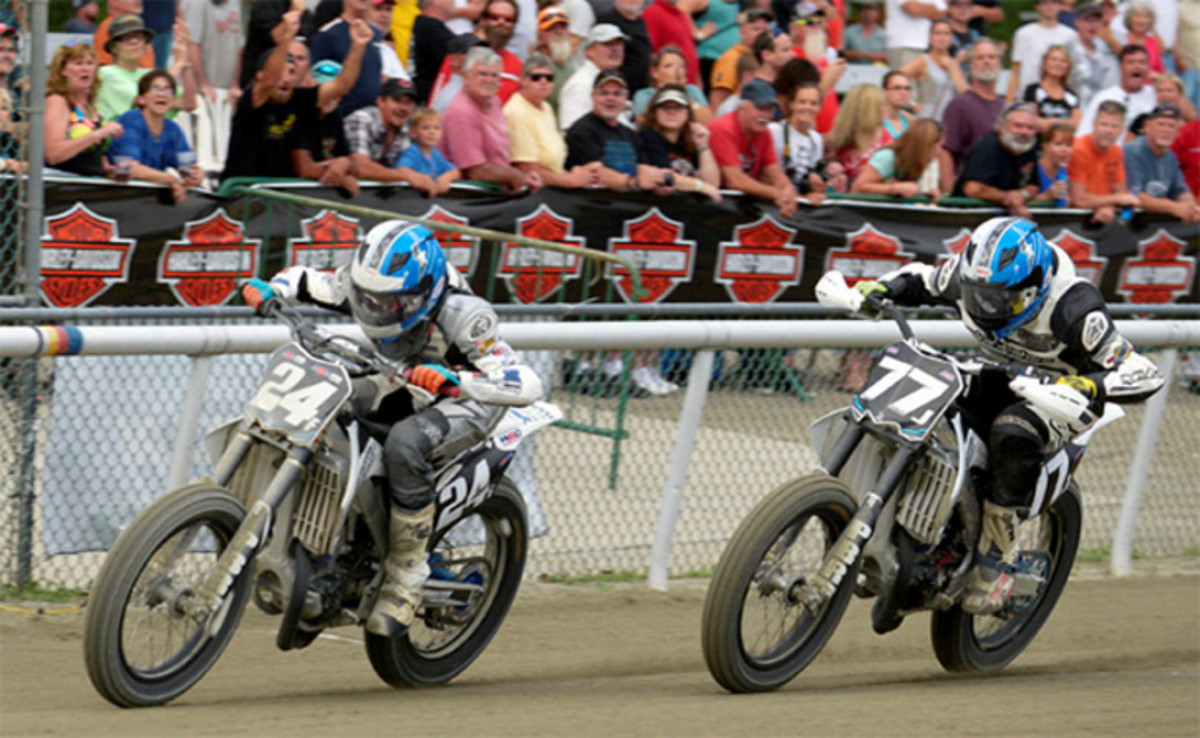 Addison had the fastest qualifying lap time giving him the pole position for the race, but it was Lewis who got to the front first and led most of the race. On the final lap, Addison, on his Parkinson Brothers Honda, put the throttle to the stop and got by Lewis for the win. This was Addison's first race since since suffering a back injury three months ago at Springfield.

"Today is a day I'll be thinking about for quite a while. It was so great to come back after my bad crash and not only be fast qualifier and pole sitter for the main, but to pull off the main event win. It feels awesome to be back.

"This is my kind of track, so I was pretty excited for it," Addison continued. "I just wanted to come and have some fun. I was hoping for a top 10 finish, maybe top 5. Pulling out the win, it's so great."

4th place went to Superstore's Jarod VanDerKooi and Ryan Wells finished 6th. Kyle Johnson now holds a 20-point lead in the series over Wells with only two points paying rounds remaining - both in California - the Calistoga Speedway Half-Mile on September 27 and the Flat Track Finals in Pomona on October 11.