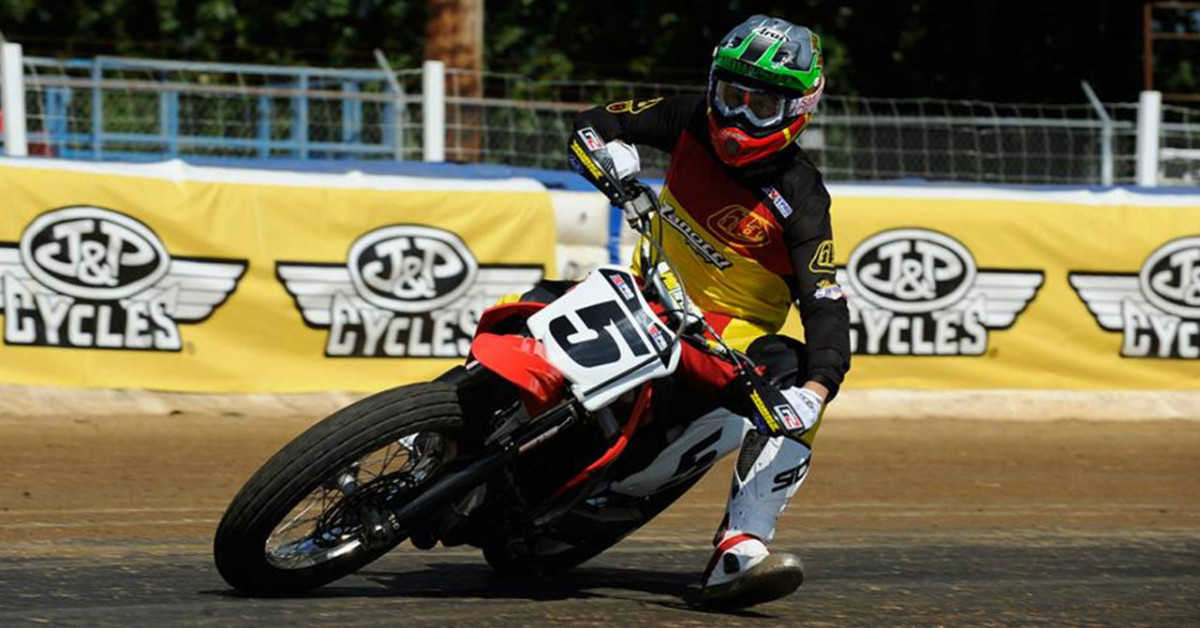 DAYTONA BEACH, Fla. (August 10, 2013) – After three seasons with Zanotti Racing, Jake Johnson and the prevalent race team have parted ways. Johnson, winner of two Grand National Championships with Zanotti Racing, will be fielded by Lloyd Brothers Motorsports for the remainder of the 2013 season at each of the Grand National Expert Twins races beginning with the Indy Mile on August 17, 2013.

“When Jake became available we scrambled to assess if we could bring him onto our team with the resources that we have; ultimately we decided that we could make it work and that it would be a benefit as we continue to refine the development of our Ducati-powered motorcycles. With limited track time and testing time available, having two top riders will help us speed up our progress. ,” said David Lloyd. “For him not to have a solid ride would just be bad for the series. A big “Thanks” to Thom Duma Fine Jewelers for jumping right in to absorb the added race tire expenses.”

Any time a premier rider of the sport changes races teams, it’s going to raise some eyebrows, but what the recent switch really brings to light is the demand for consistent success in the elite Expert class. Johnson won two consecutive Grand National titles with Zanotti in 2010 and 2011. However in 2012, he failed to win a single race. After beginning 2013 with similar results to that of his lackluster 2012 season, both Zanotti and Johnson felt that a change was needed.

With the addition of Johnson, and the retention of Henry Wiles, Lloyd Brothers Motorsports now fields two of the top riders in the country.

Look for Johnson, who has only managed to finish in the top five on two occasions this season, to get back on track this Sunday, August 11 at the Peoria TT. However, it’s safe to say that most eyes will be on Henry Wiles. Wiles is the winner of eight consecutive races at the Peoria TT as the Winn, Michigan product has owned the .45 mile circuit over the last decade and will be on the attack to make it nine straight victories this weekend.

Zanotti Racing fielded Stevie Bonsey last weekend at the Castle Rock TT and intends to back the 21-year-old again at Peoria and quite possibly for the remainder of the 2013 season and beyond. Bonsey took full advantage of the opportunity with a third-place finish in his Zanotti debut and will look to build off his success this weekend at PMC Race Park.