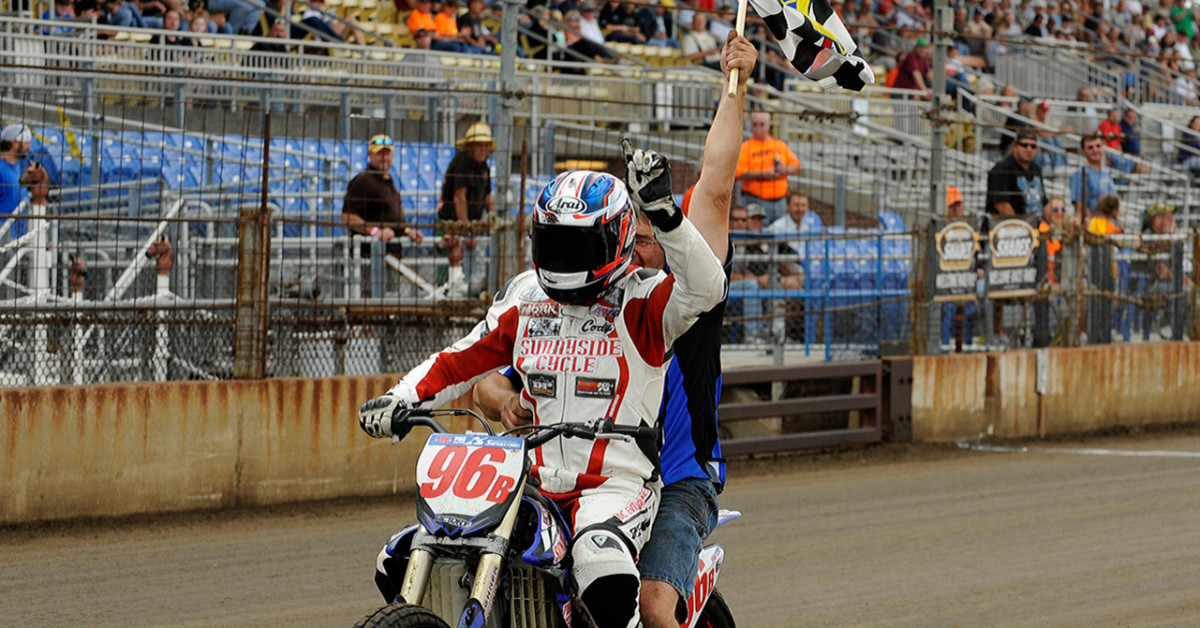 DAYTONA BEACH, Fla. (September 25, 2012) - A true indicator of how competitive the AMA Pro Motorcycle Superstore.com Pro Singles Main was is that there were eight different leaders of the 16-lap race. Points leader Stephen Vanderkuur (Parkinson Brothers Racing) picked up one point for leading the most laps (4), but Sunnyside Cycles' Cody Johncox led the all important last two laps.

"I tried the whole race to get down low, and when I did, I finally got some traction and was able to pull out the win," said Johncox. "This is definitely the biggest win of my career and I'm so happy it came here in Springfield."

After a lengthy delay to clean up the racing surface, the tight swarm picked up where they left off, with a five lap dash to the finish. (per the rulebook, at least five laps must be run following the restart in the main) Jason Isennock (Highs Dairy Stores), Vanderkuur, Zakk Palmer (Western Hills Honda) and Johncox would split the lap leads.

When the double checkers fell the top eleven riders were separated by .554 seconds. Palmer was a mere five thousands of a second off the lead and Michael Bickerton third eighteen hundredths off the lead.

The Motorcycle Superstore.com Pro Singles points race is as close as the day's action was. Stephen Vanderkuur has regained the lead, but only by one point over Jason Isennock. Jake Shoemaker is another point back in third. Ryan Wells sits in fourth, but dropped to 17 behind Shoemaker after being forced to sit out Sunday following his hard fall Saturday night.