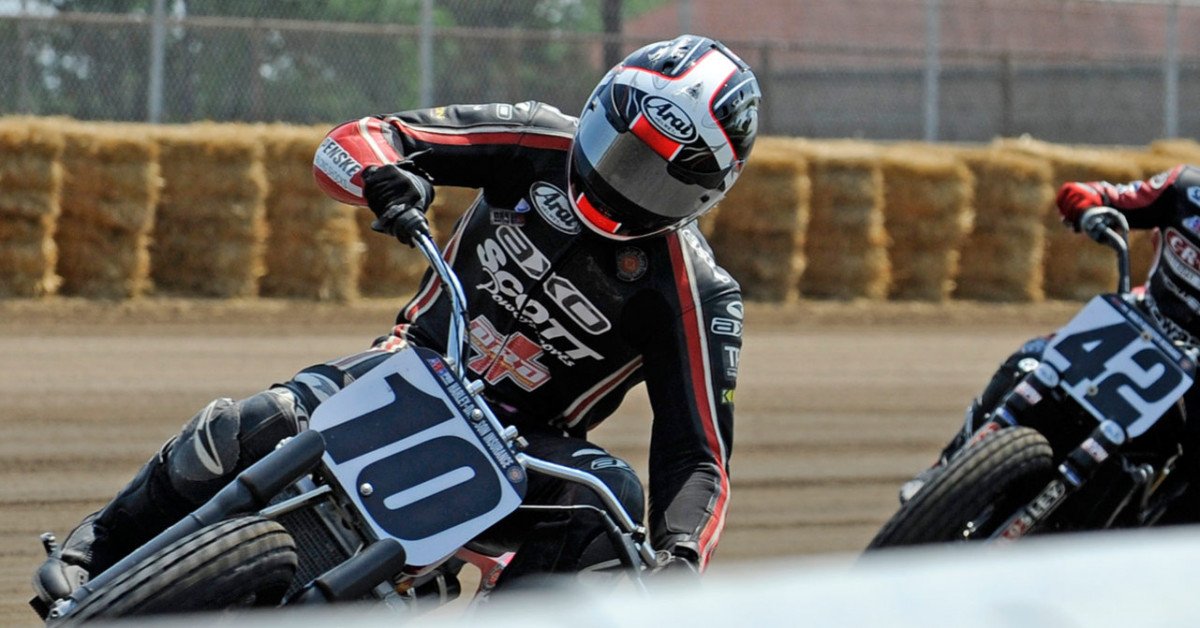 DAYTONA BEACH, Fla (March 12, 2013) – AMA Pro Flat Track presented by J&P Cycles is set to kick off its season opener in Daytona this weekend. Johnny Lewis, who has been a top contender in the series for several years now, recently announced that he will return in 2013 and intends to race the entire season after departing from the sport after just five weeks of competition last year.

“I’m thrilled to get back out there and race alongside these guys again,” said Lewis. “I have been training vigorously over the last couple months to get myself in the best shape possible for Daytona. Last week, I tested Monday through Thursday up in Georgia and really feel like everything is coming together perfectly. I couldn’t be more thrilled to get back on the track and compete at the high level I know I’m capable of.”

Lewis will ride a Honda CRF450R on the short track at Daytona and will ride a Triumph in AMA Pro Grand National Expert Twins competition in 2013. The Pennsylvania native is no stranger to victory lane in Daytona, as he started on the pole, led the most laps, and eventually captured the coveted checkered flag in last season’s first contest on the legendary dirt track. After finishing fourth at Hagerstown in 2012, Lewis decided that would be his last race of the year on AMA Pro Racing’s circuit.

After a long offseason of training and improving his already robust skillset, Lewis is ready to compete for the full 2013 season. The field of riders is noticeably deep this season, filled with talent that is arguably the strongest it’s been in recent years. Lewis, who was sitting third in the point standings last season before departing, will have Jared Mees, Bryan Smith, Sammy Halbert, Jake Johnson and company to deal with all season long as these stars all have one thing in common; the burning desire to become the next AMA Pro Grand National Champion.