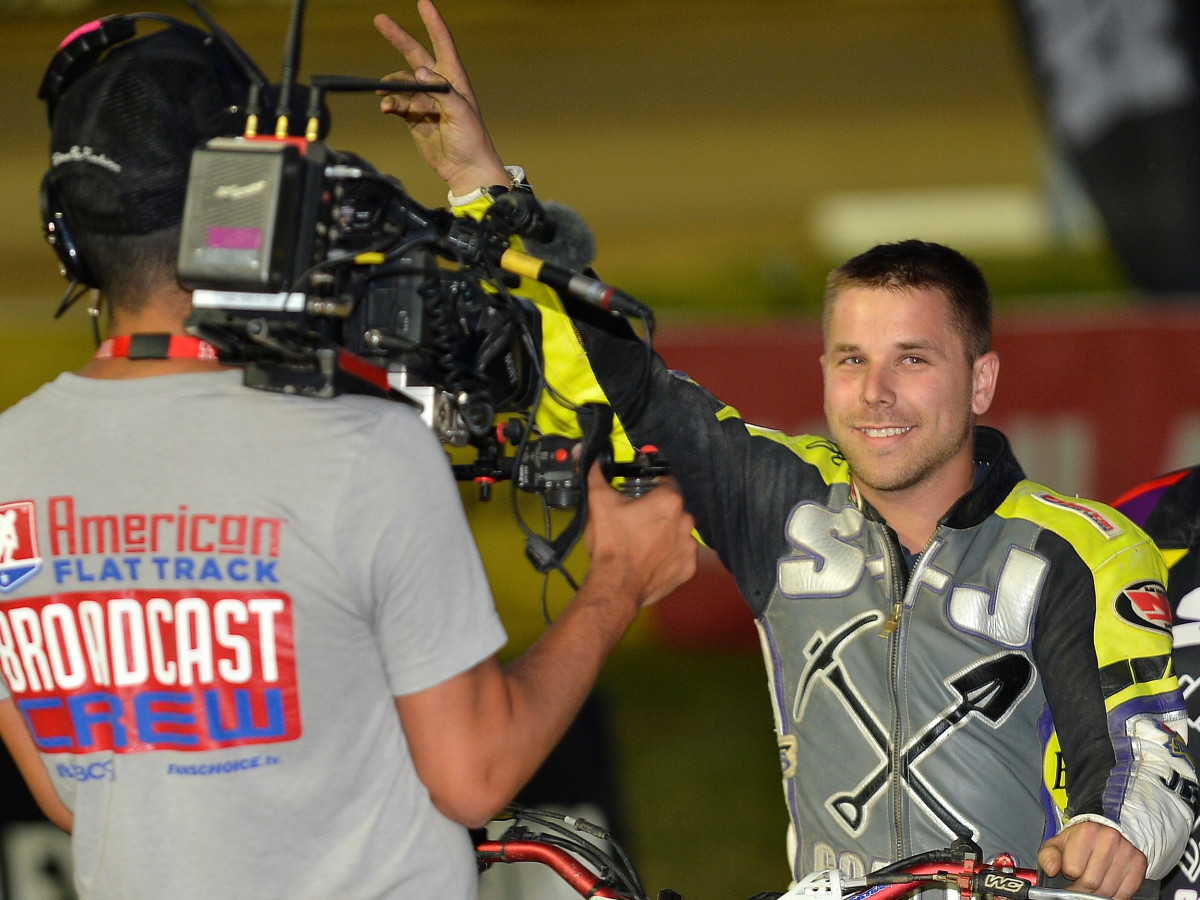 Posted on behalf of RRCF Racing

28-year-old Harris from Pine Grove, PA started his AFT career in the 2015 GNC2 series and finished out the 2018 AFT Singles Class 20th in the points standings. He had several top-10 finishes over the 2018 season, including a fifth-place finish at the Red Mile, ninth place at the Sacramento Mile and tenth place at the OKC Mile. Harris also competed in the 2018 Production Twins races on a Kawasaki twin with a third-place podium finish at the Springfield Mile I and a fifth place finish at Springfield Mile II.

An accomplished rider, Harris has achieved many top-five finishes racing within the AMA All Star Series Pro Singles and earned a District 6 Open Amateur Championship in 2007. Jordan is married to wife Whitney, and together they have a four-year-old daughter Everlee.

"I am excited to have Jordan on board to pilot the RRCF bikes for 2019,” said Heath Reed, owner of RRCF Racing. “This young talent has experience racing Kawasaki Twins with great finishes at Springfield in the 2018 Production Twins races. This should make coming out of the gate in 2019 a little easier. We are working very hard in the shop towards getting our equipment in the best possible shape and on building a second Kawasaki Twin as a back-up".

About RRCF Racing:
RRCF Racing is based out of Davenport, IA and run and owned by Heath Reed. Reed, a former flat track racer competing in the amateur, vintage and outlaw series around the country, has been in the flat track scene for many years lending his hand and turning wrenches for several teams and riders. Reed owns River Rat Cycle Fab LLC, a custom motorcycle shop out of Davenport, IA. RRCF Racing started and has been competing in AFT since 2013. Notable RRCF Racing riders include Michael Bickerton, Rob Pearson and Mitch Harvat.