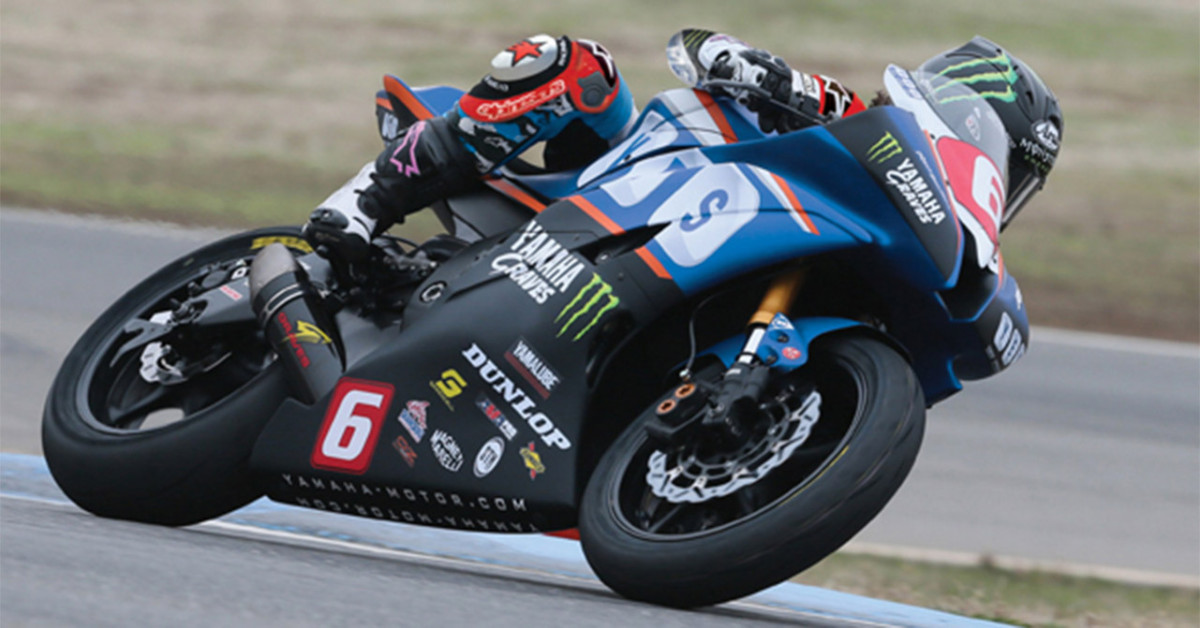 Courtesy of Next Moto Champion:

DAYTONA BEACH, FL (March 12, 2014) - It's finally here! Daytona Bike Week and the opening rounds for both Flat Track and Road Race seasons... and do we have a show for you tonight. Mr. Daytona, Scott Russell, and Scotty "Hollywood" Duebler join us in studio for a Two-Hour Daytona Special program interviewing the top racers in the business.

Josh Hayes - Three-Time SuperBike Champion
2013 wasn't Hayes' best year as he joins us to discuss the impact Daytona had on his season and how he and his Monster Energy Graves Yamaha Team plan to reel in the 2014 championship.

JD Beach - 2010 SuperSport East Champion
The newest rider to the Y.E.S. Monster Energy Graves Yamaha Team is ready to put his name into the history books with a Daytona 200 win.

Kyle Wyman - 2nd in 2013 Harley-Davidson XR1200 Class
For 2014, Kyle has partnered with Millenium Technologies and will make his Daytona 200 debut this Saturday. He fills us in on the details of his 2014 schedule and his Kyle Wyman Racing program.

Brad Baker - 2013 Grand National Champion - Factory HD
Baker enters the 2014 Flat Track season with a bullseye on his back as he defends his 2013 GNC title. We'll get his thoughts on racing at Daytona and more.

Brandon Robinson - 2013 Daytona Winner
In 2013, Robinson stood on top the Daytona Flat Track podium. Can he do it again in 2014? We are only one night away until we find out and Brandon will share with us his thoughts and plans for 2014.

About Barry Boone:
Barry is a touring motorcyclist with over a million miles of street riding under his helmet. He's also the voice of AMA Pro Road Racing and AMA Pro Flat Track and a third generation motorcycle enthusiast. His12 years of radio experience combined with his knowledge of motorcycling and racing makes for the perfect combination and the perfect host for Next Moto Champion's new addition to their line-up of internet radio talk shows.