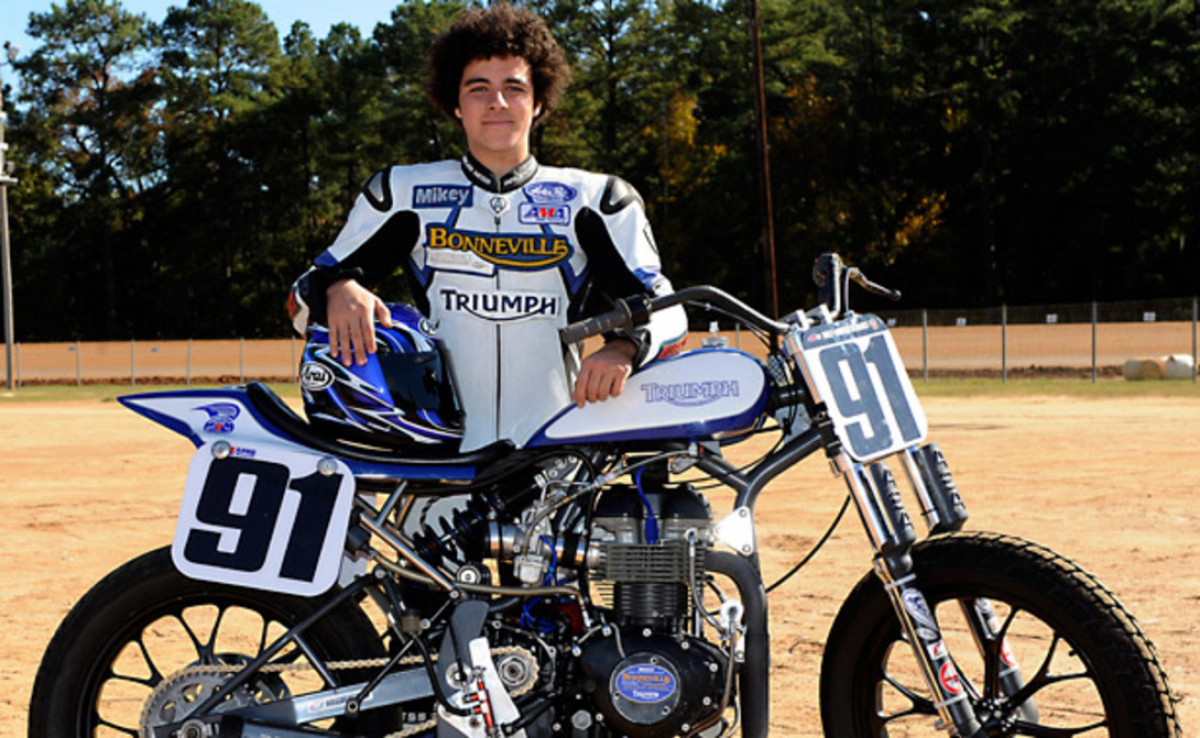 “Latus Motors has been active with AMA Pro Flat Track racing and Joe Kopp for years, and we’re really excited to be back in the field,” said George Latus, owner of Latus Motors Racing. “Bill, his brothers and the Bonneville Performance team have developed an impressive package. We’re looking forward to seeing how Johnny and Joe do at the races.”

“My brothers and I come from a Triumph flat track family, so it was only natural to build a Bonneville-based flat track team,” said Bill Gately of Bonneville Performance. “We’ve come a long way since we started building our engine and chassis from the ground up. We’re thrilled that Mikey’s back with us as a rider. We are also excited that George is running our bike for his program. This is a special time for our team. With George Latus and Joe Kopp campaigning the Triumphs with us we have just gained another 40+ years of Grand National flat track experience.”

“This is the opportunity that every racer hopes for,” said Johnny Lewis. “The chance to work with Joe Kopp and the level of program that George Latus has put together is incredible. I’m stepping into a program with incredible potential to succeed. The first Grand National race can’t get here soon enough.”

“We had some spectacular races last year, and I’m really glad to be back on the Bonneville Performance Triumph,” said Mikey Martin. “I learned a lot in my first year of Expert class racing, I’ve been training hard, and our bike’s capable of winning. We’re going to put it all together and give the fans some great racing.”