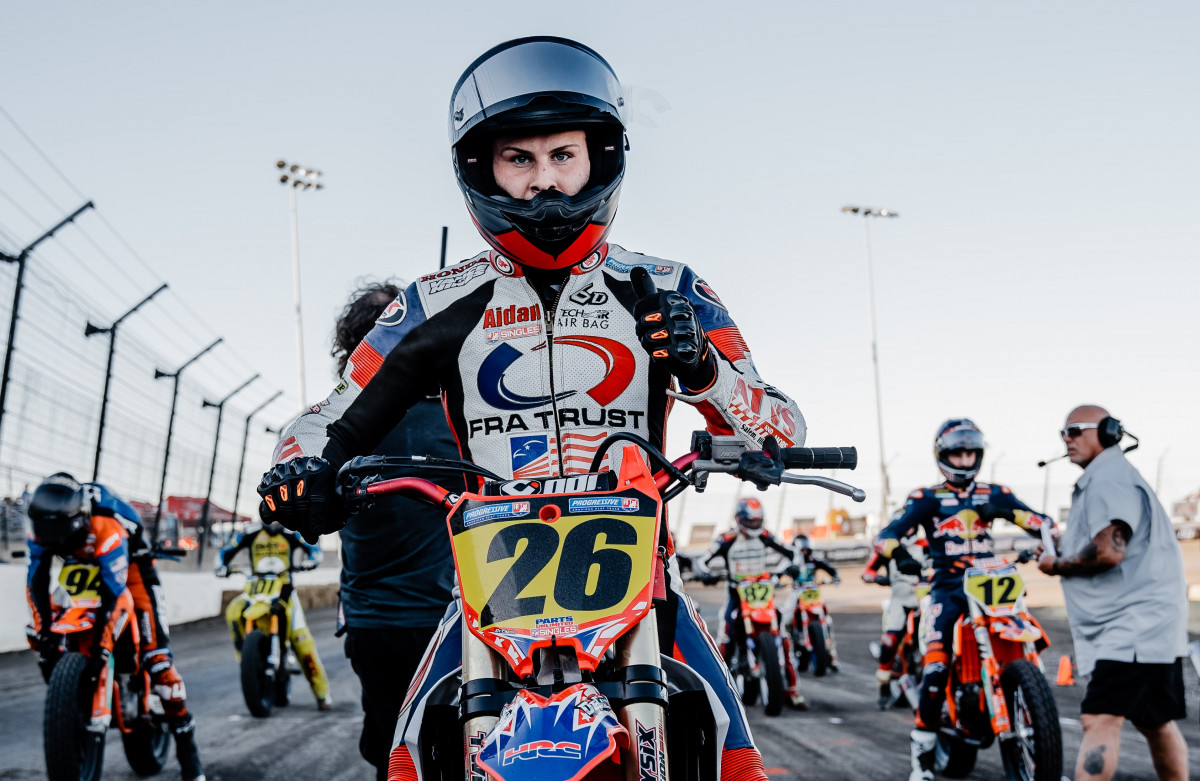 Let Me Tell You About This Race: Aidan RoosEvans

This week it’s Aidan RoosEvans, who previously established himself one of the most promising young dirt track racers on four wheels before returning to his motorcycling roots in pursuit of the Parts Unlimited AFT Singles crown.

Does it have to be a motorcycle race? No? Well, the race that first comes to mind was when I was racing in the POWRi Midget series. We were at Jacksonville Speedway in Jacksonville, Illinois. Yada, yada, I blew up the engine in the heat race – totally ignited it. It was gone.

So we put a new one in and had to start dead last in the B Main. I worked all the way up from 20th to second. I was ecstatic. I was literally balls to the wall. I was up over the cushion, onto the guardrails and the concrete, and basically tore everything up doing it, but I couldn’t believe I was going up through the field that fast. 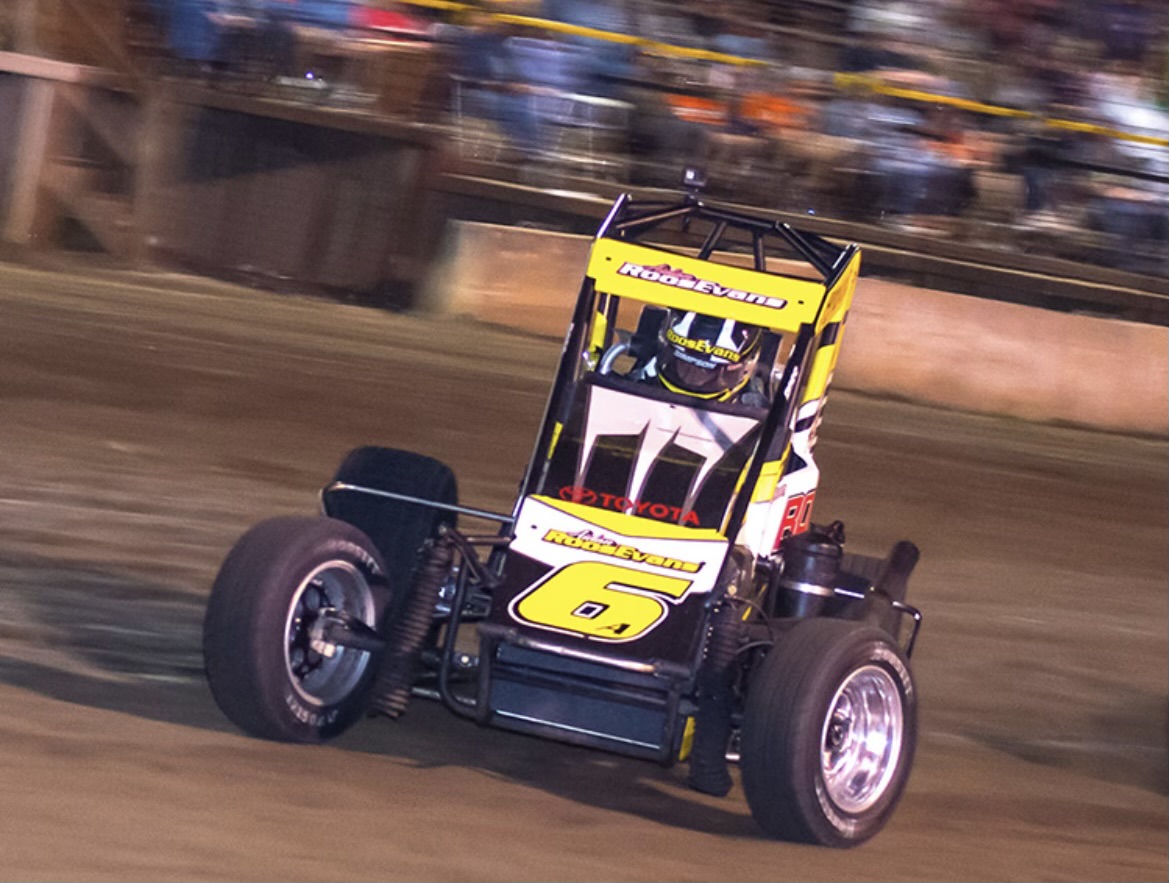 Anyway, once I was in second, I don’t know why, but I just didn’t want to be beaten by that kid who was leading . So I decided to keep it pinned all the way around the track for the rest of the laps. I was up in the air half the time, just about to cartwheel it across the track and absolutely destroy the thing.

Well, finally, we get to the last corner on the last lap. They had the onboard GoPro on me, and you can actually hear me say, ‘F- it!’ as I went for the pass. I pulled right up alongside him, but just as I about to go by, I caught a pothole and it literally ejected me right out of the racetrack. I had to be cartwheeling two stories high in the air!

I climbed out of the car and was like, ‘I’m using my provisional.’

So, I got in my other car for the Main Event, and again, I had to start at the back of the pack. I used the exact same line and went straight to the front again. Same exact line, same exact movements.

This time I got all the way up to fifth by lap 15 of 20. And then the same exact thing happened. I caught a different hole a few feet away from the first one. As soon as I caught it, I knew I was gone, and I destroyed another car. It was terrible.

I went back to the pits and looked at my team and said, ‘Well, I sent it!’ 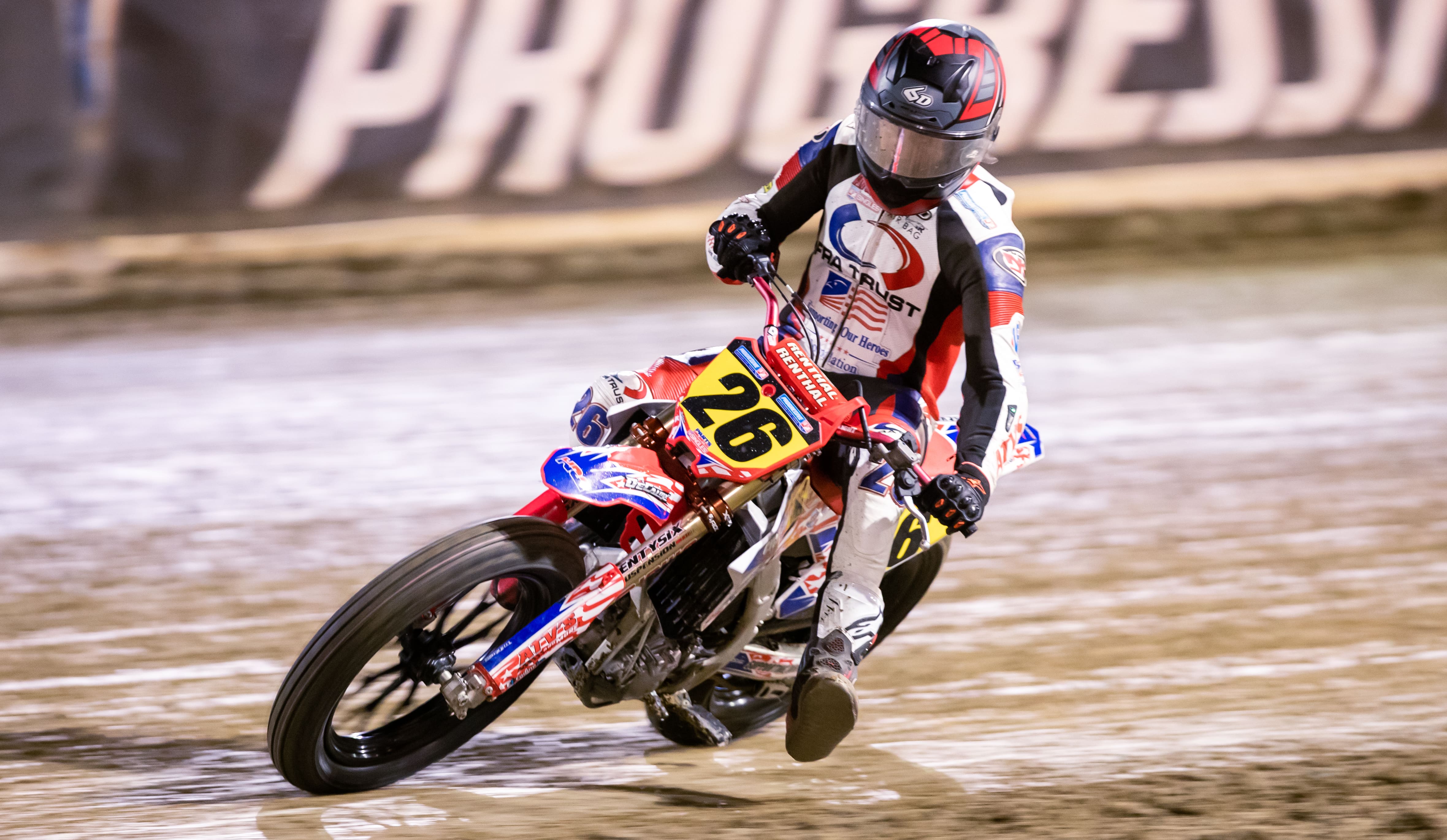 Favorite Restaurant/Stop on the Road: Buc-ee's is the best because it's like a better version of Walmart

Favorite Movie: Ted 1 and 2 – the best movies of all time for the comedy

Favorite Hobby that Doesn't Involve Wheels, Engines, or Racing: Basketball. I had a couple offers from colleges to play D1, but racing was my priority