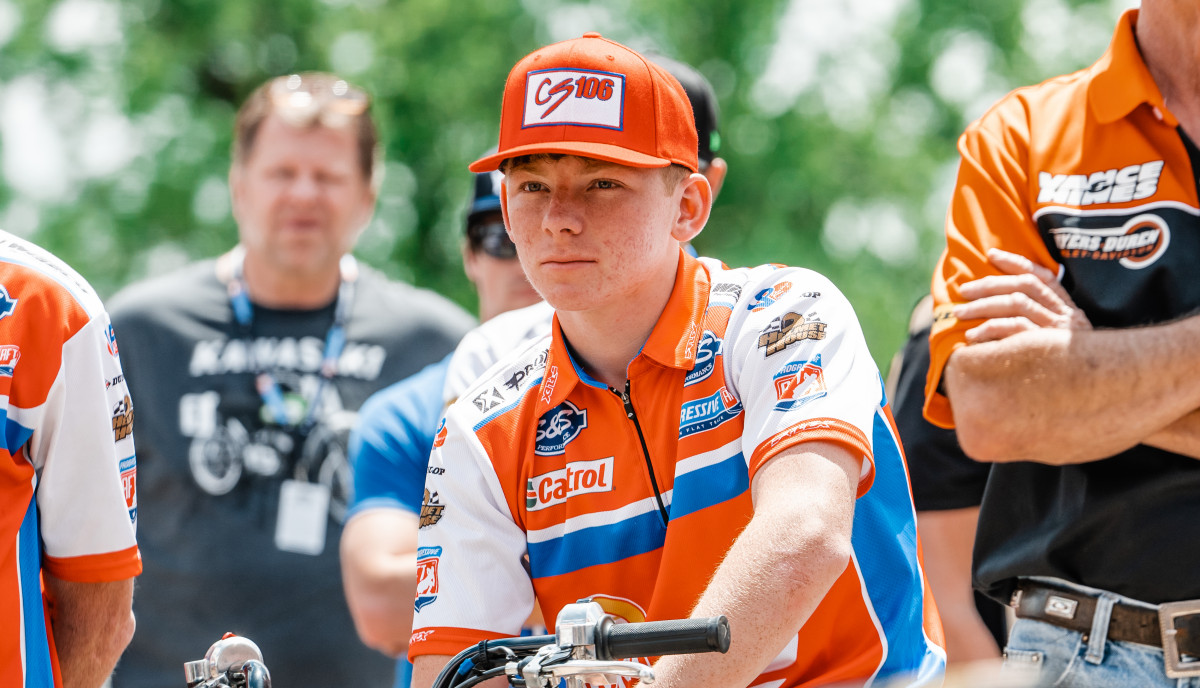 Let Me Tell You About This Race: Chase Saathoff

This week it’s 2022 Progressive American Flat Track Rookie of the Year Chase Saathoff, who looks back on his shining moment as an amateur:

I have a few good stories, but this is my favorite.

On the last day at the 2021 amateur nationals, I was leading the overall points in three of the four classes. And in the fourth class, I was tied with Tyler Scott. All I had to do was win that Main Event, and I’d secure all four championships.

For most of that day my team and I struggled with bike setup, but we didn’t give up. In my second to last Main on my mod bike, we found a wheel and gearing combination that worked really well. Unfortunately, in the last main event, I was on my stock bike.

So as soon as the mod race was over, I pulled the bike into the pit and Keith Singleton, Shawn Trollard, and my father went to work. They quickly switched the wheel from my mod bike to my stock bike. Meanwhile, I had Dallas Daniels and Max Whale helping me with line choice and such.

I made it to the line with almost no time to spare but still pulled a holeshot. I’m pretty sure Tyler and I passed each other every lap of that race until the last lap where, unfortunately, Tyler fell.

I took the checkered flag to win all four championships and earned the Nicky Hayden AMA Flat Track Horizon Award. 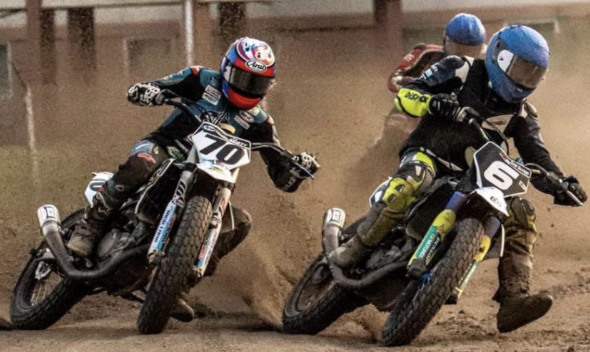 Favorite Restaurant/Stop on the Road: Chipotle

Favorite Band: System of a Down