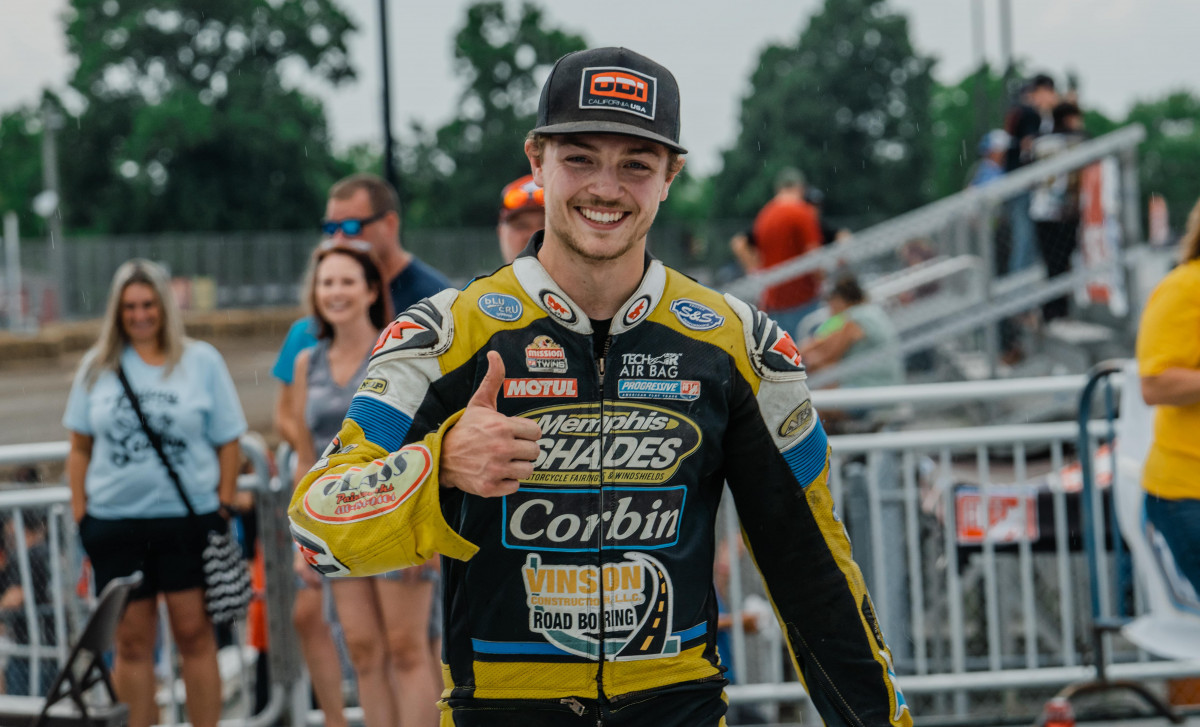 Let Me Tell You About This Race: Cole Zabala

This week it’’s Cole Zabala who was recently confirmed to be returning to Parts Unlimited AFT Singles duty by signing with BigR Racing for 2023:

Through the whole 2022 Mission Production Twins season, we struggled to get on the box. We were looking really good to podium at the opening round at Volusia and had a mechanical failure. Then Missouri was going to be the first podium, but I ended up flipping down the front straightaway on the last lap – had a huge crash and totaled the bike out.

We finished in the top five a bunch of times, but just couldn’t get it on the box. We felt like there were a bunch of gremlins and monkeys on our back.

My friend Roy Plattel would always check in with me. He was a guy I met through Al Lamb. Roy and I would talk every week – almost every day – about the races. ‘How do we get better?’ He was always a super good friend and was basically like my manager.

And every weekend before the race, he’d tell me, ‘Go get that podium.’

Going into Springfield, it was a struggle. I just couldn’t get comfortable at all. Finally, we swapped bikes and I felt amazing. After that, we didn’t really make any changes.

That race was so much fun. It was almost a highlight in itself just because of how much fun it was. 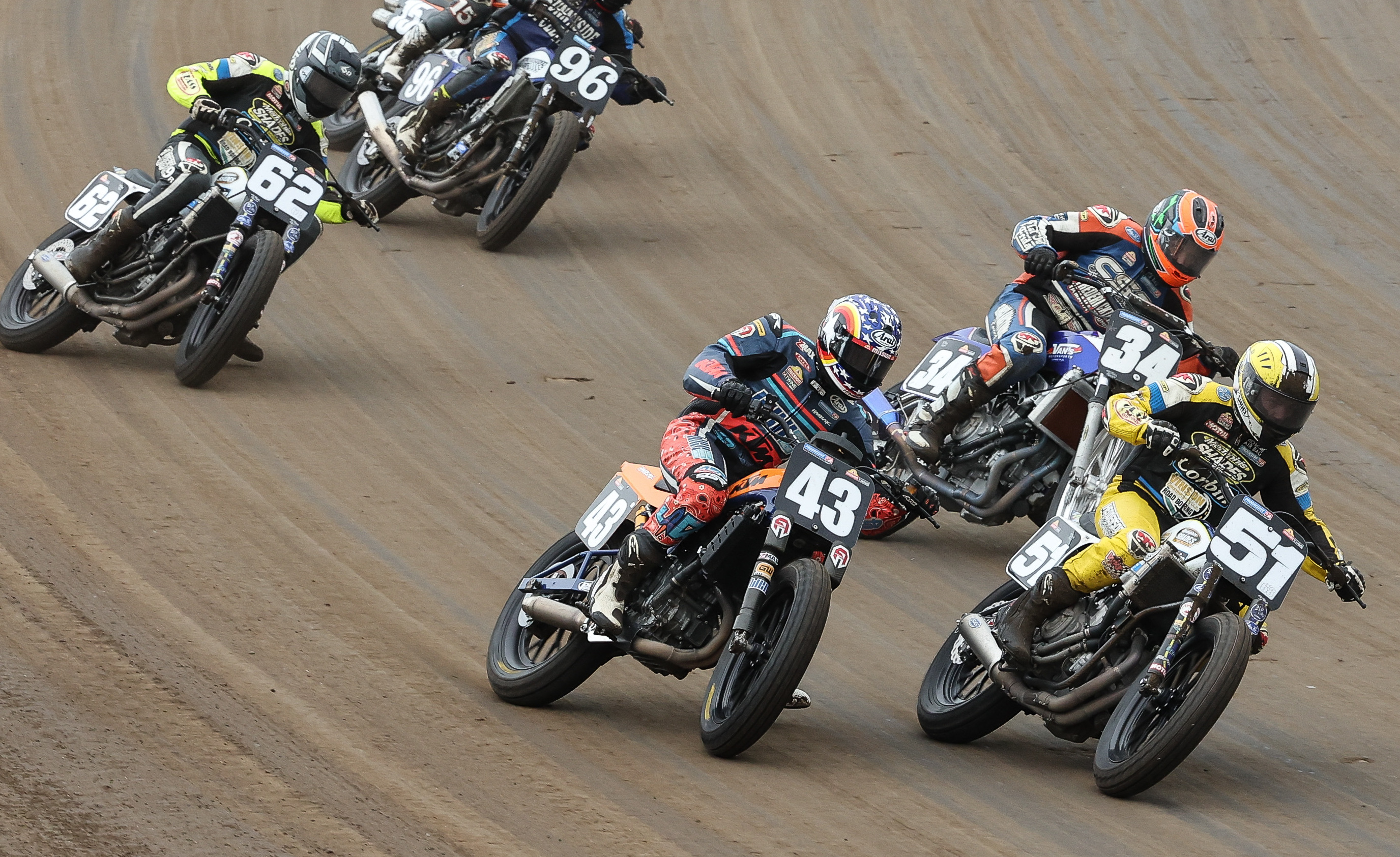 To start that Main off, I was like in eighth or ninth place. I was not in podium contention but I felt like I had the speed and the bike to do it. Every lap, I was working my way forward.

Dan (Bromley) and I rode together and worked together to catch the lead pack with like seven or eight laps to go. We had a red flag and then another when I was in fourth. Dan and I started working together again on the final four laps. We caught (James) Rispoli and (Mikey) Rush and then got one final red flag.

Mikey took off a radiator guard that was going to fly off just to protect himself and everybody else but he got sent to the back row for working on his bike. So he had to work his way back up to the front.

That put Dan and myself second and third. Here we go all over again. James got a super good start and we had to chase after him again.

I was sitting third on the white flag. I was setting up Dan for the final corner, looking to pull off a double draft and give myself the best odds for finishing in first. But Dan had a bad line in Turns 3-4, and we kind of lost Rispoli just a little bit. I had to brake a little bit, and my exit wasn’t as good as I needed it to be so I didn’t have the draft speed to win. When we caught up to him, it was too late, but still, I got on the podium.

It was a very strategic, fun race. We went back and forth and drafted in and out of the corners. And catching the lead pack at the Springfield Mile – that’s hard to do.

Getting a podium was awesome. It was amazing. It felt really good to do that. I was looking forward to talking to Roy about it, but when I got home, I got a call and learned that Roy had passed away prior to the race. 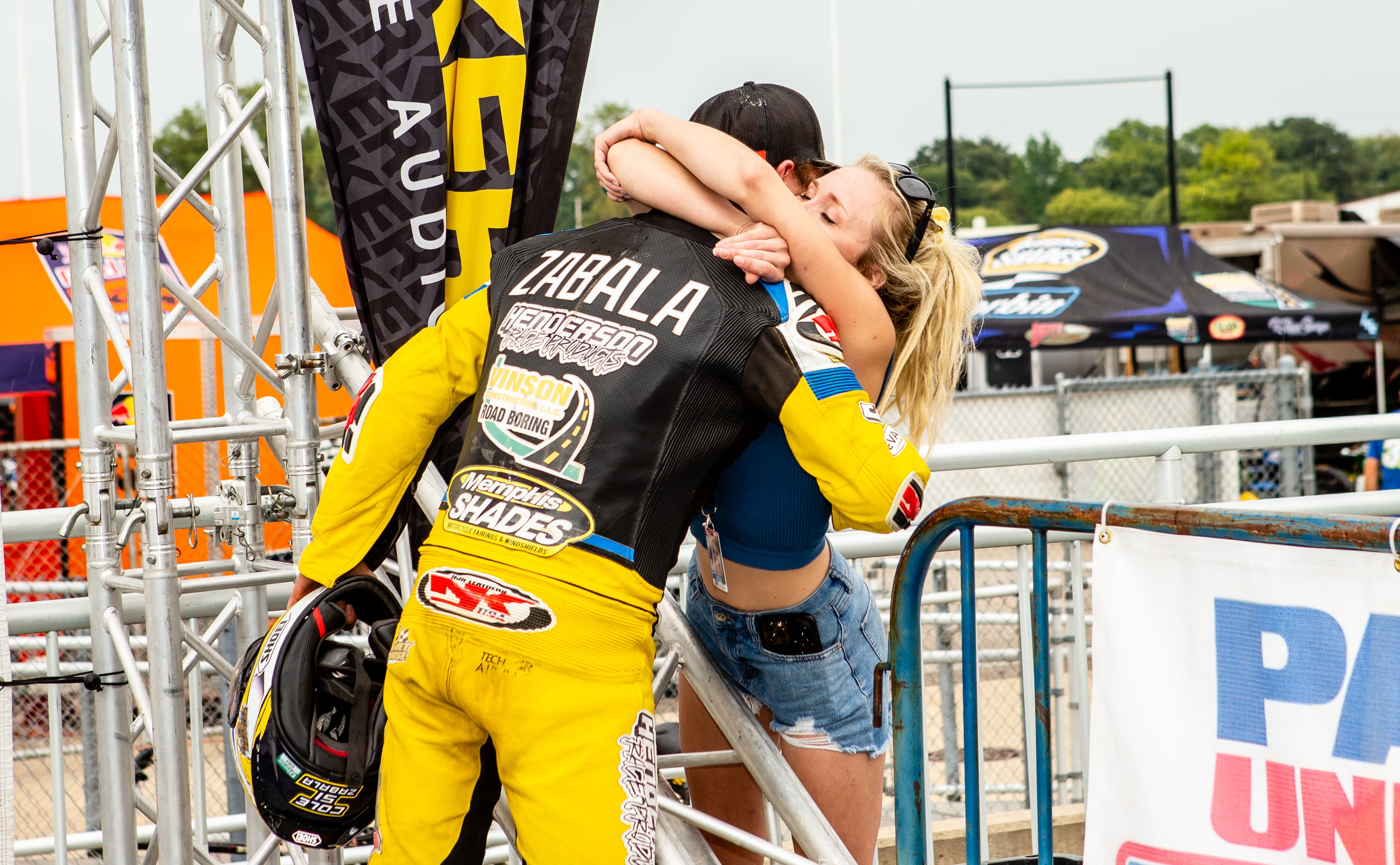 It was crazy to find out one of your best friends had passed away right after I did what he was always telling me to do. All the trouble shooting and all the late night talk. He would always be there for that.

This time, he couldn’t be there. I mean, he wasn’t there… but he was. He was definitely there in spirit, and that meant a lot to me.

It was such a hard thing to hear. But getting that podium was also a good way to thank him for everything. I can’t find the words for it. I’m a big believer in God and my faith is very important to me. And he was an angel riding with me that day.

Favorite Restaurant/Stop on the Road: Any Mom and Pop diner we find for breakfast. My girlfriend and I started this ritual while traveling since we both love to support local businesses and we also love breakfast!

Favorite Band: Some of my favorites are A Day To Remember, iPrevail, Dayseeker, and Asking Alexandria

Favorite Song: Naming a favorite anything to do with music is tough because I listen to so much… I’ll say “Hearts Burst into Fire” by Bullet For My Valentine

Favorite TV Series: Ozark has been a show I could watch over and over again

Favorite Movie: I can quote every word from Step Brothers, but I’d have to go with Pearl Harbor. I’m a sucker for war movies

Favorite Hobby that Doesn't Involve Wheels, Engines, or Racing: Even though I don’t get to do it much anymore, I love every second I get to get back on the wrestling mat