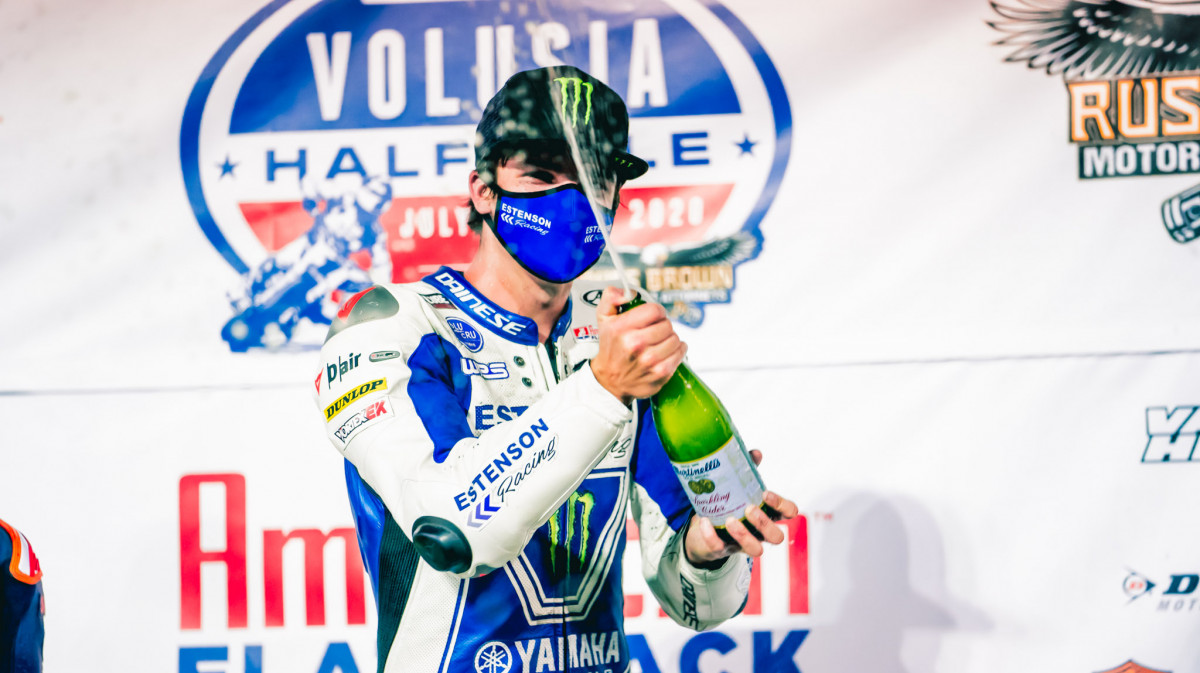 Let Me Tell You About This Race: Dallas Daniels

In this series, we’ve asked a number of the world’s greatest dirt trackers to tell us about one particular race that stands out in their memory, be it a Progressive AFT Main Event, a regional amateur race a decade ago, or an epic backyard barnburner.

It’s funny because as you asked me, I didn’t even have to think about it. I immediately knew exactly which race it was for me: Volusia II in 2020.

Obviously, 2020 was the COVID year. It was a really weird year. We didn’t start until mid-July, and those first two races were back-to-back in Volusia.

The year before, I was Rookie of the Year and whatever with the stats and hype coming into 2020. But in the opener – the night before Volusia II – I didn’t even make the Main. And then that day, I qualified sub-par, like 10th or 12th and only finished third in my Semi.

I was on the outside of the second row for the Main. I got a really good start and got up to fourth pretty quick and didn’t go much further back than that. There were like six or seven of us, most of us on different brands – a couple of us Yamahas, Shanya (Texter-Bauman) on the KTM, Chad Cose on a Suzuki, a couple of the Honda boys, and Max Whale on the Kawasaki. 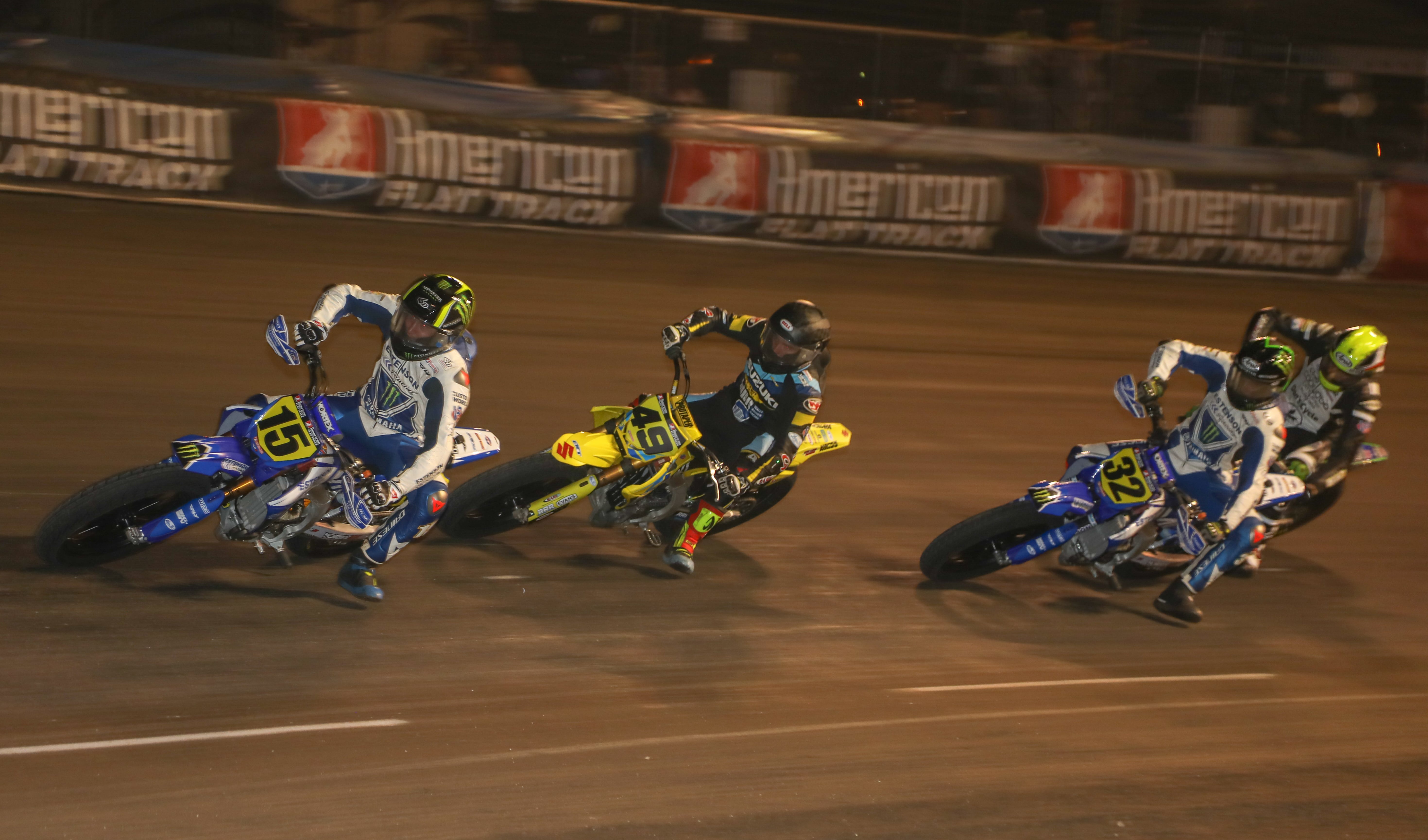 I think maybe seven different riders led the race at some point, we were back and forth the whole race. As the race went on, I had led a little bit and fell back. I was just floating around. I wasn’t pushing too hard to lead – I was okay with running second or third.

It was the first year with the timed races, and the clock had just went to zero when I took the lead back. I led that lap and came around to get the white flag when somebody crashed and brought out the red flag.

This is something a lot of people don’t know. We were lining back up, and my bike actually wouldn’t start. My heart rate was all the way revved up. It was pretty stressful, especially coming off the night we had on Friday.

But we finally got it fired up, and it was a green-white checkers. I led all three of those to win with Shayna and Mikey, (Brandon) Kitchen, and a couple other guys right there. 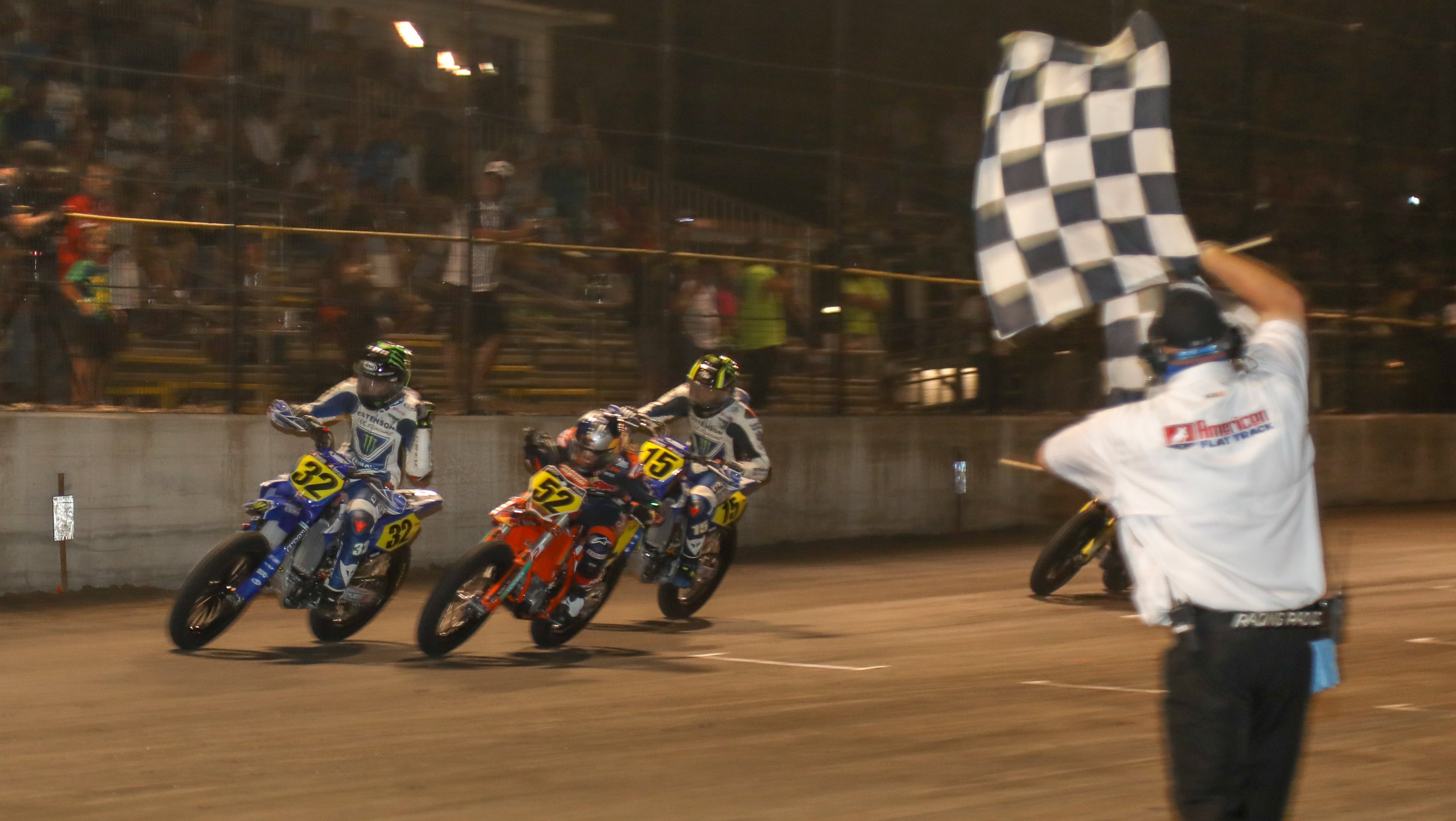 That Main Event was crazy. It was insane how close the racing was. So I think it was a combination of things that made it so memorable to me. It was not making the Main Event and rebounding. And on top of that, forget about that, it was probably the gnarliest race I’ve ever been in with that many guys and how fast the pace was.

I think if you were to go out and ask any fan that’s been to a professional flat track motorcycle race the last two years, they’ll say that was the best race they’ve ever seen.

Favorite Restaurant/Stop on the Road: The Racetrack(!)

Favorite Movie: Man, I love movies, but my all-time favorite is Days of Thunder