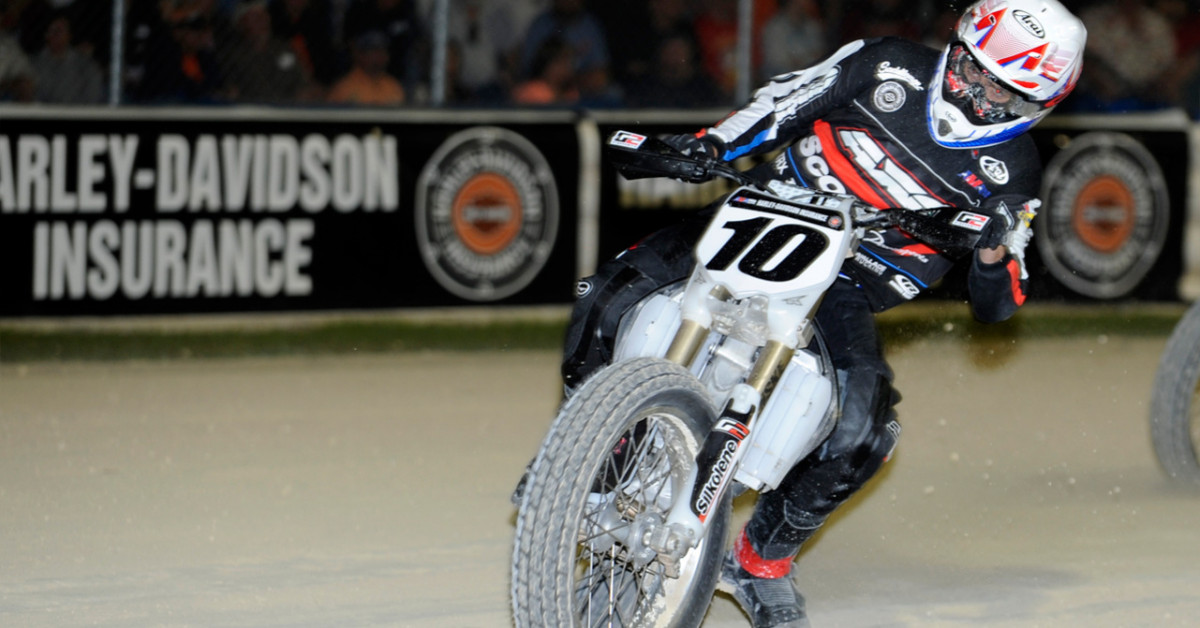 DAYTONA BEACH, Fla. (March 16, 2012) - Johnny Lewis came into the opening rounds of the AMA Pro Harley-Davidson Insurance Grand National Championship presented by Motorcycle-Superstore.com looking to pull off a win to honor the late Mark Adams, his mechanic during his AMA Pro Supermoto career. The Scott Powersports / DRD / Saddlemen sponsored Lewis fulfilled his goal on the first night as he led all 25 laps of the main event on his Honda CRF450.

"I knew I had to get the hole shot and then ride smart. The track was really slick and rough," said Lewis. "I thought about it on the way down here, I really owed Mark a lot and I've dedicated Daytona to him this year."

Lewis dominated the race pulling clear of what turned into a great race over second. Snip / Fiorio Investments' Matt Weidman held second early, but gave it up to Chaplin Kawasaki's Kenny Coolbeth on lap two. Weidman quickly regained the spot, but his battle was not over. Sammy Halbert was on the march with his Fredericktown Yamaha getting around Coolbeth and closing drastically on Weidman.

Weidman was feeling the pressure and made a couple of mistakes, but held on for his best GNC finish on a singles bike. Halbert was a close third with Coolbeth a solid fourth.

2011 Rookie of the Year, Brad Baker debuted his Werner-Springsteen Kawasaki as he made a last lap pass on Bryan Smith (American Harley-Davidson / Oasis Homes) for fifth.

Earlier in the night the AMA Pro Motorcycle-Superstore.com Pro Singles main was also led wire to wire, but Fun Mart Power Brokers' Gerit Callies had to weather numerous restarts to accomplish it though. "All the restarts were killing me, but I was able to keep getting good starts and then I just held on," said Callies repeating a Daytona win from last year.

There was a great race over second as Bell Helmets / Technic's Hayden Gillim shadowed A&J Racing Team's Ales Wood for 15 of the 16 lap main. Pole sitter Gillim was able to wedge his way by on the last lap as Wood opened the door slightly and Gillim charged through.