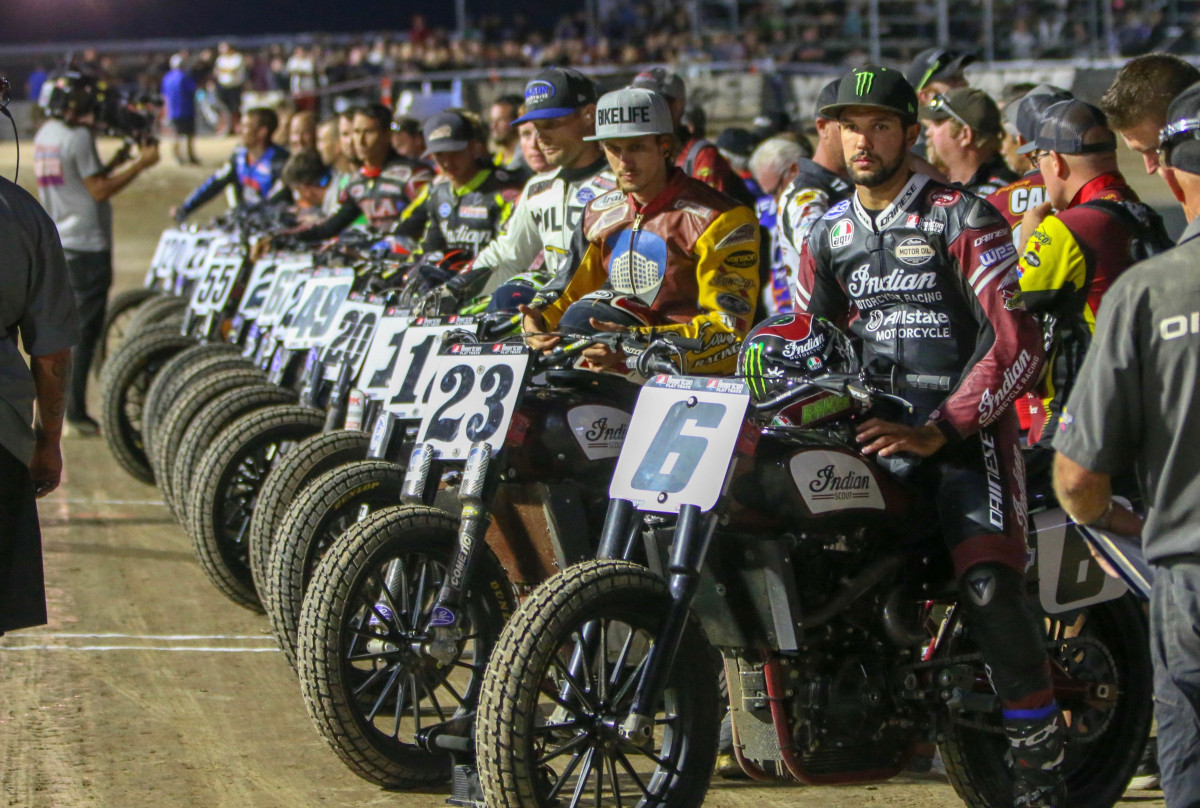 WEEDSPORT, NY (July 8, 2018) – American Flat Track fans turned out in droves on Saturday night for the Harley-Davidson New York Short Track, packing the beautifully renovated Weedsport Speedway so tightly that the ticket office was forced to close down shortly after Opening Ceremonies.

The massive crowd was rewarded in a major way, too, as reigning AFT Twins presented by Vance & Hines champion Jared Mees (No. 1 Indian Motorcycle Rogers Racing SDI Scout FTR750) not only completed the flat track Grand Slam – winning a Mile, Half-Mile, Short Track and TT in the same season – but tied the legendary Ricky Graham with his 39th win of his career – an amazing achievement.

The win is Mees’ 9th out of 11 races this season, and places him 4th all time, just behind Jay Springsteen, Chris Carr and Scott Parker.

Mees’ Indian Wrecking Crew teammate Brad Baker (No. 6 Indian Motorcycle Racing backed by Allstate Scout FTR750) bolted to an early lead and threatened to escape to his long-awaited maiden Indian-mounted victory, but Mees responded to a poor start and came to life, threading the needle and working his way into contention.

By lap seven it was a two-man race at the front, and on lap 11 Mees slipped past his teammate. Baker refused to give in easily, and their crisscrossing lines saw them trade the lead back and forth a handful of times before Mees clearly established himself at the front. Once he did, Mees poured it on to escape to yet another lopsided triumph.

“We struggled a little [in] qualifying, and we struggled huge in the heat race,” Mees said. “We made some adjustments and did them because we had nothing to lose. We went the right direction – changed shocks with Jimmy Wood and did some engine management stuff with Kenny Tolbert and S&S Cycle. It was just a phenomenal group effort tonight. I wish I could say I deserve all the credit, but the team really pulled me through on this one.”

Baker was ultimately overhauled by yet another legend of the sport before the race was complete. Kenny Coolbeth Jr. (No. 2 Nila Racing, Columbia Avionics Indian Scout FTR750) aced him on the race’s final lap to steal away the runner-up position by a scant 0.057 seconds. The second-place finish marks the fifth podium of the retiring Coolbeth’s stirring swansong season.

Still, as consistently strong as Wiles has been this season, it’s going to take an awful lot for him (or anyone else) to mount any kind of challenge to Mees, who now boasts a commanding 78-point lead over points runner-up Wiles with seven rounds remaining. 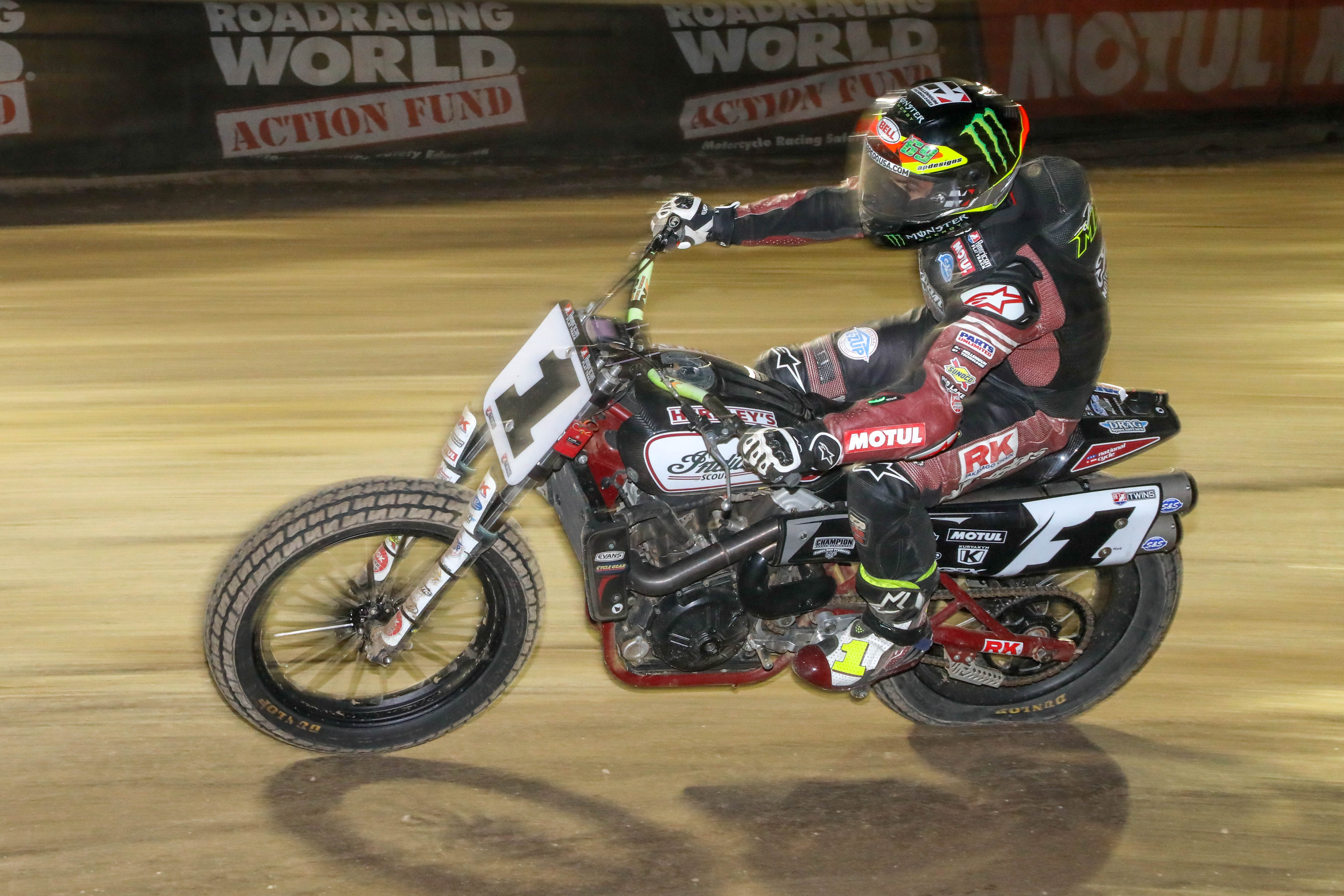 Given the insane competitiveness of the AFT Singles division this season (eight different winners in 11 races), you wouldn’t be blamed too badly for being surprised about Tanner Dean’s (No. 38 Waters Autobody/D&D Powersports KTM 450 SX-F) wire-to-wire win at Weedsport. Still, with only a pair of top-10 finishes in the last two seasons, Dean’s win was a bit of a surprise – and certainly a happy one for him, his family, fans and sponsors.

Jesse Janisch (No. 132 Roof Systems/West Bend Harley-Davidson-backed Yamaha YZ450F) was first away from the line, but Dean swooped underneath coming out of Turn 2 and held strong at the front for the remainder of the 15-lap contest, which saw plenty of wild action behind the leader.

During the melee, AFT Singles title leader Dan Bromley (No. 62 KTM North America/Bromley Motorsports 450 SX-F) was putting in serious work. After dropping as low as seventh early, the lanky Bromley picked off one rider after the next to eventually emerge from the pack in second. At that point he fixed Dean in his sights and completely gobbled up the gap to the lead with five laps remaining. But despite repeatedly showing Dean a wheel on the inside line, Bromley could never make a pass stick.

After the win Dean said, “I just minimized risk by staying focused, keeping my head down, and marking my lines. I saw Dan running underneath me a couple times and rubbing up against me a little bit, but I just stayed focused, ran in his way a little bit, and came away with the win.”

While he came up just short of victory, Bromley’s ride was still an extremely productive one. He extended his already considerable title advantage to 49 points on the strength of nine podiums in 11 rounds after earlier fearing he might have to miss the Main Event due to a dislocated knee.

American Flat Track will take nearly a month off before storming back into action in early August with two events in the span of three days. The Buffalo Chip TT presented by Indian Motorcycle will take place in Sturgis, S.D., on August 5, followed up closely by the Harley-Davidson Black Hills Half-Mile presented by Law Tigers Motorcycle Lawyers at Black Hills Speedway in Rapid City, S.D. Live coverage of the Buffalo Chip TT can be viewed on Fanschoice.tv beginning at 4:00 p.m. ET with Opening Ceremonies scheduled to kick off at 7:30pm ET. Tickets are on sale now and can be purchased at http://www.buffalochip.com/EVENTS/Moto-Stampede. 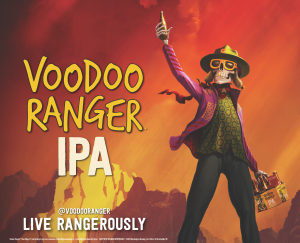 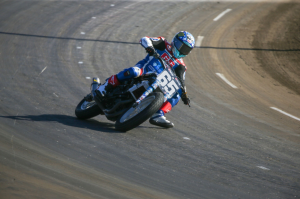 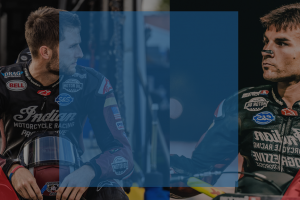 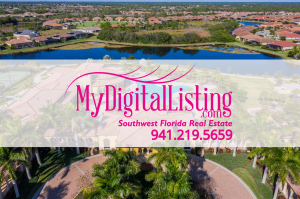