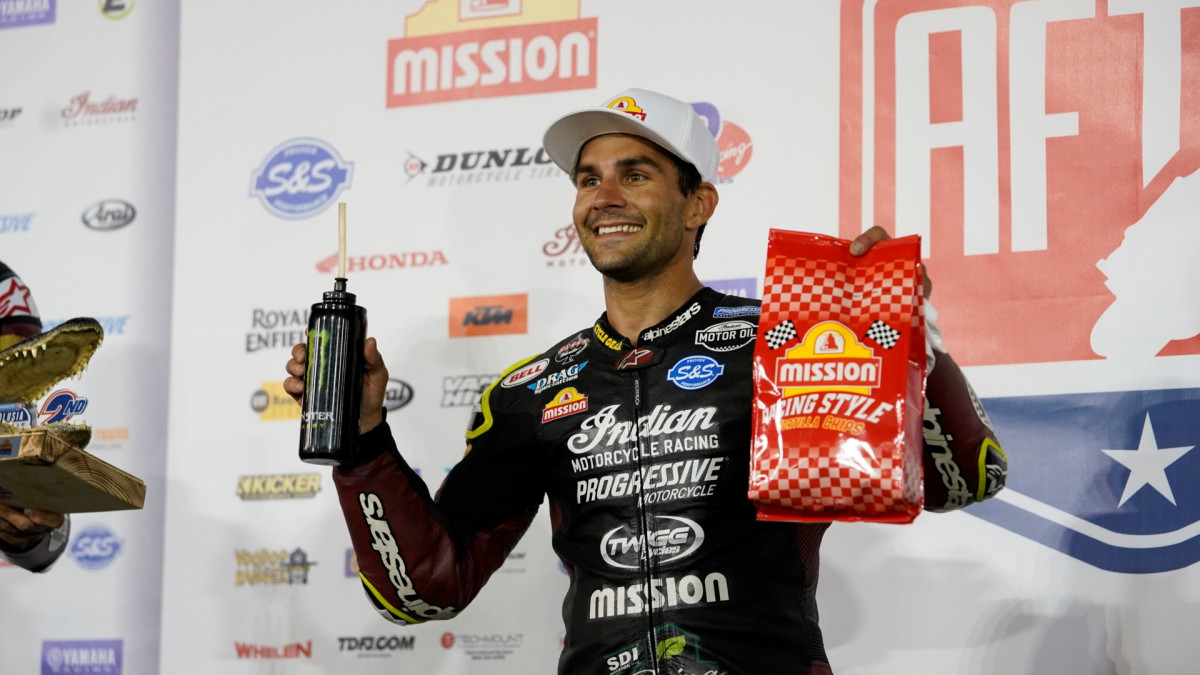 Bauman took the holeshot and immediately transformed the premier class Main Event into a two-man affair with archrival Mees, just as they’ve done so many times in the past. But almost as soon as Mees worked his way into the lead with more than seven minutes remaining on the clock, it was readily apparent that he was in a class of his own; Mees quickly shook free and piled up a substantial advantage on runner-up Bauman, cruising to the checkered flag with more than two seconds in hand.

Mees, who also won the Mission #2Fast2Tasty Challenge earlier in the program, said, “I grew up racing here on 60s and 80s with my dad coming here for the Southeastern Nationals back in the day. I’ve always come here as a pro and raced the Steve Nace All-Star warm-up race as well. Never would I have thought last year this place would be a National, and man, I think it was a really big hit. It was awesome to see fans in the stands again.”

Third-place finisher Sammy Halbert (No. 69 Coolbeth-Nila Racing Indian FTR750) was the only other rider in the field who managed to stay within ten seconds of the victory.

Vanderkooi was able to return to full song and subsequently tracked that crew back down as all four were in with a shot at fourth over the race’s final two laps. Price ultimately held on for the position, while Friday winner Robinson dropped the younger Bauman to sixth, who in turn finished fractionally ahead of an unlucky Vanderkooi.

Texter-Bauman kept a close pack of six and seven riders corralled behind her for the bulk of the race. But that neat and tidy order was thrown out the window when all of her contenders seemingly went for broke at once with three minutes remaining on the clock.

Trent Lowe (No. 48 WBR/Suzuki Motor of America RM-Z450) ran second early but was shuffled back once the pressure intensified. Mikey Rush (No. 15 Estenson Racing Yamaha YZ450F) and Morgen Mischler (No. 13 Mission Roof Systems KTM 450 SX-F) then threw several haymakers from second and third with Rush eventually taking over the lead.

Defending class champ Dallas Daniels (No. 1 Estenson Racing Yamaha YZ450F) made his presence felt as well, executing moves on both Mischler and Texter-Bauman before getting passed back to fourth.

After Texter-Bauman appeared vulnerable to outside passes, she turned the tables by alternating a more defensive higher line with an ultra-low line that allowed her to reclaim those lost positions. Once back in front, she held Rush at bay over the race’s final two laps to secure her second checkered flag in as many nights.

“It’s just unreal,” Texter-Bauman said. “What a race that was with Mikey, Morgen, and Dallas… When those guys started passing me on the outside, I kind of moved my line up a little bit and went back to work. It’s so nice racing with these guys -- we can race clean and hard. What a weekend this was! It’s insane.”

2019 AFT Production Twins presented by Vance & Hines champion Cory Texter (No. 65 G&G Racing/Roof Systems Yamaha MT-07) managed to repeat his feat of a year ago, once again upgrading an opening-night third into a victory the following evening at Volusia Speedway Park.

However, Texter was in no mood to leave the result to the chance of a final strike this time around, immediately gapping his rivals and never looking back. That relentless pace was no doubt aided by the fact that he wasn’t forced to fight his way from behind this time around, which allowed him to stamp his authority from the start rather than slash up through the field from Row 3.

“That was awesome,” Texter said. “I was so determined after kinda giving it away yesterday. I got to the track two hours earlier today, I was so fired up. I felt great all day… I had so many texts and calls yesterday for getting third. Everyone loved the race, so I’m glad we could put on a show today.”

The Volusia Half-Mile presented by Daytona Dodge Doubleheader will air back-to-back on NBCSN on Saturday, March 20, starting at 12:00 p.m. ET/9:00 a.m. PT. The broadcasts will include exclusive features, cutting-edge aerial drone and onboard footage and expert commentary.

Progressive AFT will make its long-awaited TT return on Saturday, May 1, with the Yamaha Atlanta Super TT at Atlanta Motor Speedway. Tickets are available now at https://store.americanflattrack.com/ebooking/ticket/view/id/3327/#selectTickets.

For fans viewing from home, live coverage will be available on any device for only $1.99 a month via TrackPass on NBC Sports Gold. 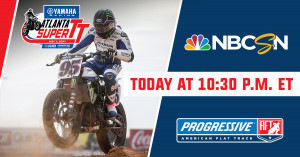 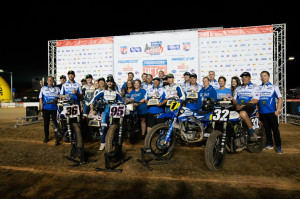 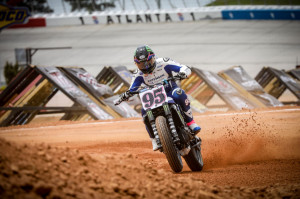 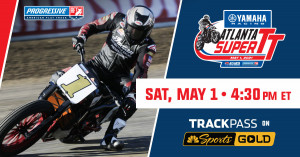