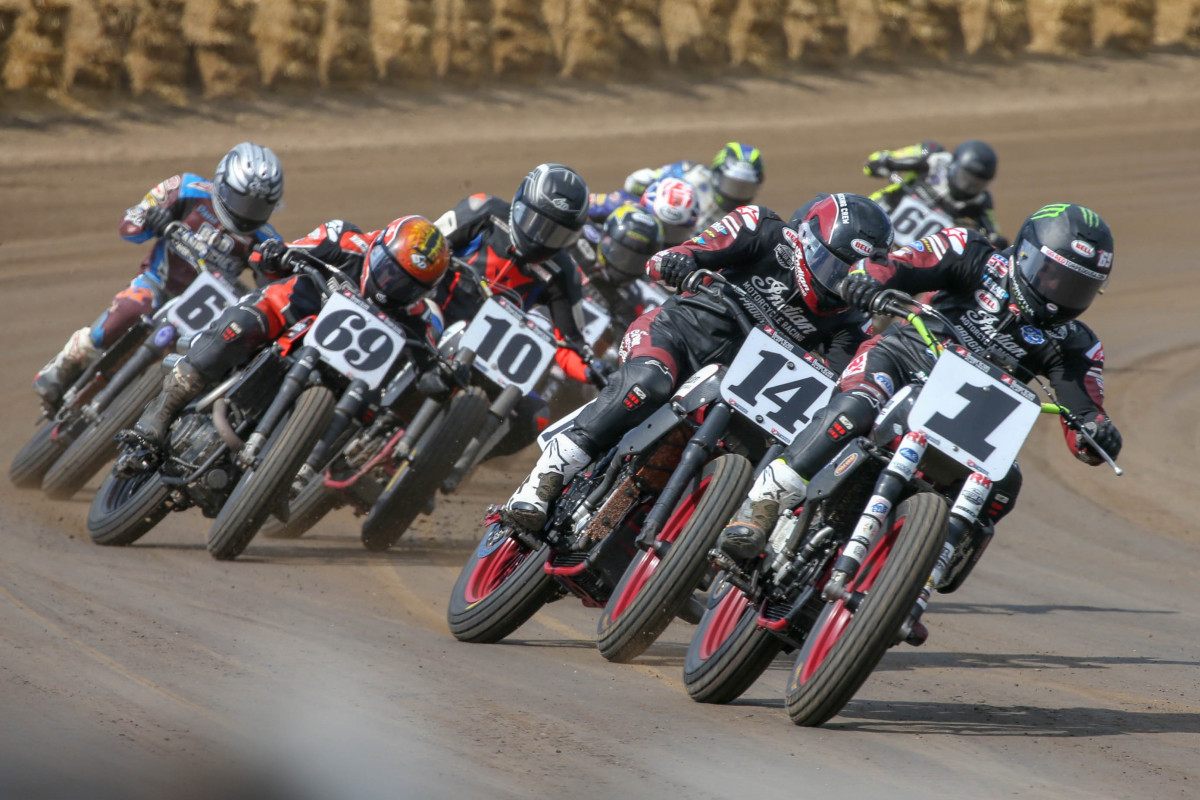 SPRINGFIELD, Ill. (September 2, 2019) - Monday’s Springfield Mile II at the Illinois State Fairgrounds proved worth the wait, delivering what may be considered the most jaw-dropping AFT Twins presented by Vance & Hines Main Event of the 2019 American Flat Track season.

Following an epic 25 miles that saw ten riders in contention for the victory even as they dove into the race’s final corner, multi-time defending AFT Twins Champion Jared Mees (No. 1 Indian Motorcycle/Progressive Insurance FTR750) worked his magic yet again to win out in the last-lap dash to the checkered flag.

Making the achievement all the more impressive, Mees did so after starting in last position from Row 4.

The champ turned in his one provisional start card of the season to advance to the Main after encountering bike issues in his Semi. However, he managed to slipstream his way forward over the race’s opening third, joining the mammoth front group by lap 10. He was dueling for the lead a lap later -- a duel that wouldn’t end until the final stripe.

The triumph was the 14th Mile win of Mees’ illustrious career, tying him with the legendary Jay Springsteen for sixth all-time on the big tracks. It also brought him within a single race of Bauman in the evolving 2019 AFT Twins championship race, as he’s now just 25 points back (280-255) heading into the season’s final three races.

Mees said, “It was good to come off the back row and put my name on the list with the guys who have done that. It’s more emotional doing it this way on the back-up bike and working my way up. The Indian Motorcycle ran so phenomenal for me. My whole crew worked so hard; when that bike broke we were switching wheels, and shocks, and offsets to try to duplicate what we were running on the main bike. We got it done, and it feels amazing.”

Bronson Bauman (No. 37 Indian Motorcycle/Progressive Insurance FTR750) came through in third to lock out the podium for the Indian Wrecking Crew for the first time in 2019.

While the day ultimately belonged to Mees and Indian, a huge number of riders played starring roles with the entire top ten finishing within 0.653 seconds of the win.

Rookie Brandon Price (No. 192 Roof Systems of Dallas TX/DPC Racing Indian FTR750) made a late-bid for the victory, and was one of five riders who slid into Turn 3 on lap 25, side-by-side, vying for the lead. He ended up an impressive fourth, fractionally ahead of Brandon Robinson (No. 44 Kennedy Racing/Armbruster Racing Indian FTR750).

Halbert led in the late stages of the race, but was shuffled down to sixth at the flag. Vanderkooi ended up eighth with Henry Wiles (No. 17 Bandit Industries/DPC Racing/Wilco Racing Indian FTR750) sandwiched between the Harley runners.

All eyes had been on Dalton Gauthier (No. 122 Black Hills Harley-Davidson XG750R Rev X), who was chasing a unique dual-class triple win on the weekend.

Like Mees in the premier class, Gauthier had to start on the back row, being forced to use a provisional start when his bike expired in his Semi. However, his form and momentum still made him feel all but unstoppable, as he powered from dead last to first place by the time the pack dove into Turn 1 for the second time.

He didn’t slow from there, opening up a 1.5-second advantage by the time the race was red flagged while working lap 10 of 15. On the restart, Gauthier went right back to work, steadily building another advantage on the pack.

The only difference this time around was that teammate James Rispoli (No. 71 Black Hills Harley-Davidson XG750R Rev X) managed to hang onto the slipstream and use it to escape along with Gauthier.

With a 1-2 Black Hills Harley-Davidson seeming nearly assured, Gauthier raised his hand in disappointment with 3 laps to go, signaling another mechanical issue that spoiled his bid for the triple Springfield victory.

Without the benefit of Gauthier’s draft, Rispoli found himself reeled back to the pack. Carlile caught him just in time to thunder by as they drove down the back straight for the final time.

Carlile tucked his head down and outpaced any potential counter moves, beating Rispoli to the line by 0.111 seconds.

Race-winner Carlile said, “I was confident the whole race; there was just so much traffic and I got sucked into it a little bit. I was letting those guys shake it out, but I knew I had the bike to win this thing. Dalton and James took off after the restart and I fell back again, but I knew my bike was strong enough to catch them. And that’s what we did.

“I just can’t thank my Estenson Racing crew enough... I broke my leg early in the year and I lost a round. I’m at a huge points deficit, but we’re trying to make it back. I’m finally feeling like myself again.”

Cody Johncox (No. 196 Sunnyside Cycle/Luczak Racin' Yamaha MT-07) was next in line in a pack of riders that saw five men take the checkered flag within 0.554 seconds of the win. He finished 0.082 seconds back of Rispoli to complete the podium.

Cory Texter (No. 65 G&G Racing/Holeshot Powersports Yamaha MT-07) did well to limit the damage done by Carlile’s victory by finishing a strong fourth. Still, Texter’s advantage has now been reduced to 23 points (148-125) over Carlile with three races remaining.

Catch the feature broadcast of the Springfield weekend on NBCSN with flag-to-flag coverage of the Main Events, enhanced by exclusive features and cutting-edge aerial drone and onboard footage. The broadcast will debut on Sunday, September 8 at 1:30 p.m. ET/10:30 p.m. PT and will re-air on Thursday, September 19, at 1:00 p.m. ET/10:00 a.m. PT.

The quest for all three American Flat Track championships resumes in less than a week’s time with the Williams Grove Half-Mile presented by Appalachian Harley-Davidson in Mechanicsburg, Pa., on Saturday, September 7. FansChoice.tv will live stream the entire day’s activities once the gates open at 1:00 p.m. ET/10:00 a.m. PT. Tickets are on sale now at tickets.americanflattrack.com. 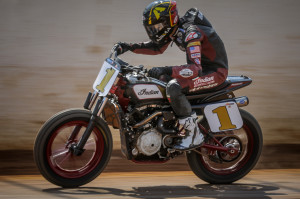 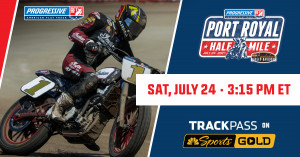 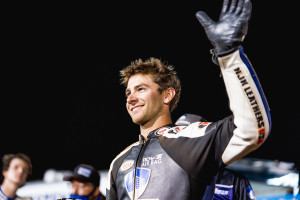