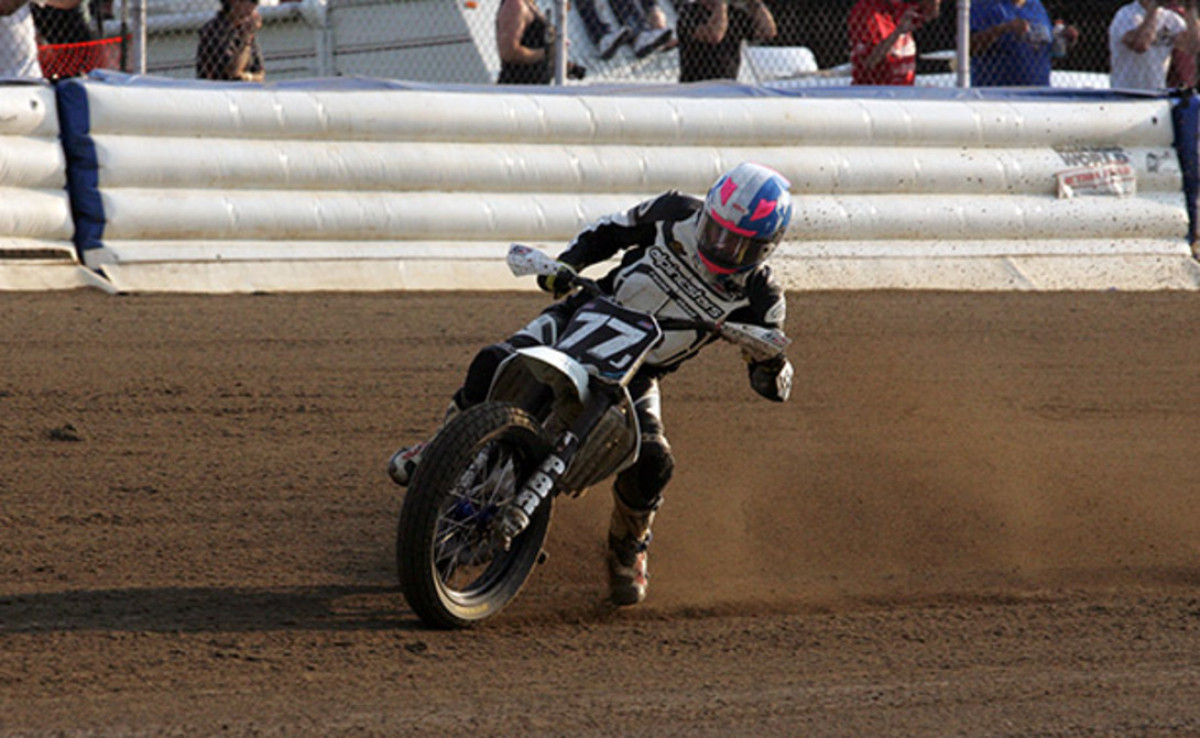 Note: We will be counting down the top five most memorable moments in 2014 from the Pro Singles ranks each day this week. Next week, we will look at the Expert class. This is No. 1.

DAYTONA BEACH, Fla. (November 14, 2014) - As the summer heated up, so did Kyle Johnson. The 2014 AMA Pro Flat Track Pro Singles champion went on a tear between May 25, when he won at Knoxville, and July 26, when he took a thrilling victory at Sacramento.

The run of four wins in five races set the stage for Johnson’s first ever professional title, and gave him the necessary cushion at the end of the season to keep hard-charging Davis Fisher at bay.

Johnson had to earn all four of his victories in the span. He didn’t get the holeshot in any of those races, meaning he couldn’t just check out from the green flag. At Hagerstown and Sacramento, it took the Michigan rider every lap to reach the front of the pack, as he made his move on the final time around in both of those events.

But a win is a win, and they are never easy to come by in AMA Pro Flat Track competition, even if Johnson made it look that way for a month.