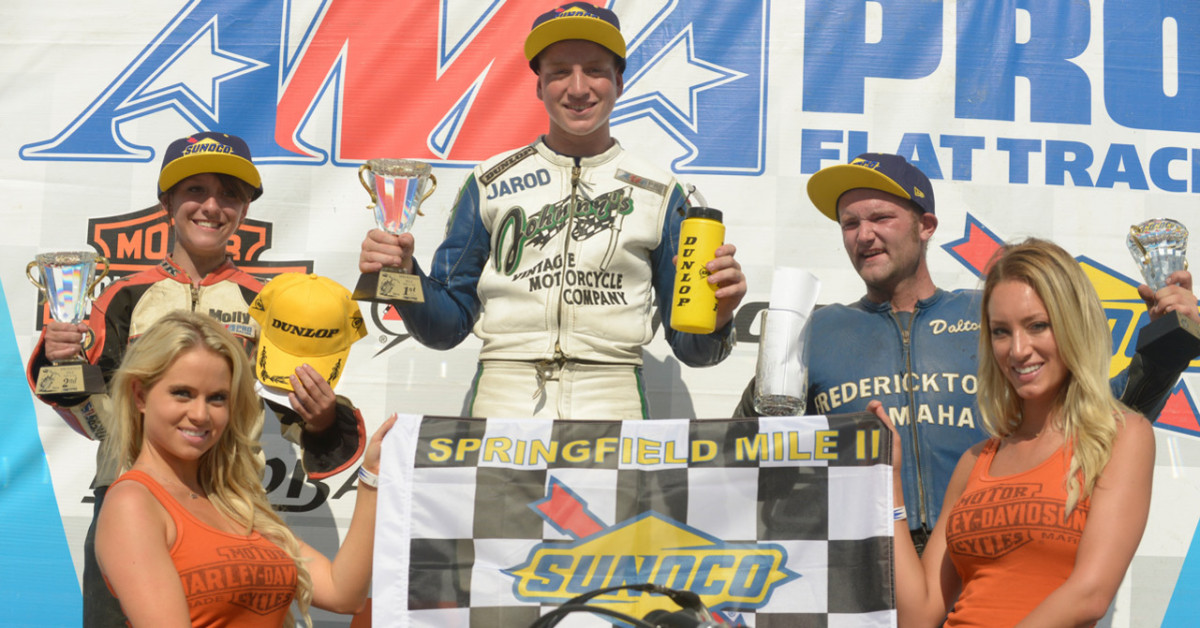 Most memorable Pro Singles moments of 2014: No. 3 - Vanderkooi sweeps both Springfield Miles

Note: We will be counting down the top five most memorable moments in 2014 from the Pro Singles ranks each day this week. Next week, we will look at the Expert class. This is No. 3.

DAYTONA BEACH, Fla. (November 12, 2014) - What better way to put the rest of the AMA Pro Flat Track paddock on notice as a young up-and-coming rider than winning the Springfield Mile? You could do it twice.

That’s just what Ohio’s Jarod Vanderkooi did in 2014. The 16-year-old made his professional debut at Springfield and simply dominated on his Johnny’s Vintage Cycle Kawasaki.

Proof that Vanderkooi’s dazzling debut wasn’t a fluke came in August, when the series rolled back to the hollowed Illinois State Fairgrounds and, once again, he dominated. The second time around, runner-up Molly Terry made it a little closer, finishing just 2.257 seconds back. In the May race, Vanderkooi ran away to a 6.656-second win over second place Davis Fisher.

Vanderkooi enjoyed an extremely successful rookie season in the Pro Singles ranks, winning twice and recording two other podium finishes. He came in fourth in the overall standings.

But his two wins on the big twins at one of the country’s most historic events were a defining moment in 2014 and for the youngster’s promising career.