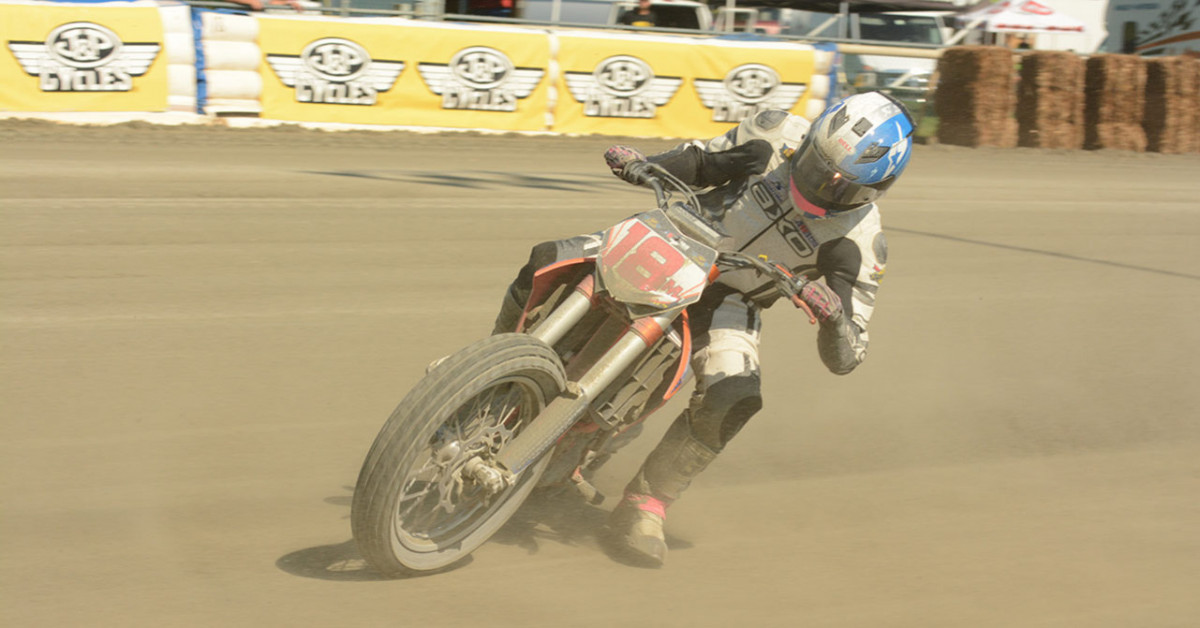 MEDFORD, OR (October 7. 2013) - It all comes down to Saturday night, October 12, at the Pomona Fairplex in Southern California - the J&P Cycles Pro Singles championship is up for grabs and fortunately for Motorcycle-Superstore.com, the top three riders in that class are all part of our Rider Support Program.

Wyatt Maguire is the current points leader in the class with Ryan Wells only 5 points back in second. 2012 champion Stephen VanderKuur is 20 points behind Maguire in third but mathematically still in the hunt.

"We have a tough race in front of us this weekend," explained VanderKuur, the current ProSingles champion. "We'll also need a few chip to fall our way, but we are going to Pomona with hopes of holding onto the championship. I love a fast cushion and great competition, so I'll be hanging it all out come Saturday night."

Here are some of the scenarios on how this points race might develop: 23 points are awarded to the main event winner, 19 points for 2nd, 16 for third, 15 for fourth, 14 for fifth, etc. A rider is also awarded a point for leading the most laps. VanderKuur is mathematically eligible to win the championship, he would need to win and lead the most laps and Maguire would need to DNF or finish in 16th or worse. That would put the points at 126 VanderKuur/125 Maguire.

For Wells to win the title, he'd have to win and lead most laps while Maguire would have to come in third or worse. He'd have 141 points versus Maguire's 138. No matter how the chips may fall, both Wells and Maguire have their sights set on the championship.

"Going into the final round only 5 points out of the lead is pretty crazy to me, because in my opinion it is basically going to be who beats who at the final round and that is the way I like to race. In my eyes, I have a great chance to win this championship and I don't intend on doing anything less than that. I'm sure not going too let 5 points make me think it is impossible," remarked Wells.

Although he has been leading the points race, it hasn't been easy for Maguire as he has raced most the year with a broken leg. By Santa Rosa, his leg was almost healed but another crash meant another fractured bone in the same leg - and a slight concussion. At press time Maguire says he will be ready to race on Saturday night.

"Right now I am feeling good going into the last race of the year. I am recovering well from the get-off at Santa Rosa, and just trying to stay positive. My leg looks to have a small break but we can tough that out and finish off the season strong. I came home with a third last year at Pomona and I would like to win the race this year and get the championship. With the Kirkland Racing and Pro-1 Racing Heads' bikes, I don't see why we couldn't pull it off. My head's in a great place and I am feeling good going into next weekend. A big confidence booster for me is that Pomona is my favorite track of all time, and I would love to finish this season off with a win."

There is one more possible scenario - and we would never count out Shayna Texter. In order for Texter to win the championship, she'd have to win the main event and lead the most laps while Maguire would DNF, Wells would finish in 14th or worse and VanderKuur would have to finish 9th or worse. If all of these pieces fall into place, she would win the championship in the case of a tie because the tiebreaker is determined by the rider who has won the most main events through the season. Texter takes it with 2 wins.

For more information on the final round of the AMA Pro Flat Track series and to purchase tickets go online to www.flattrackfinals.com.