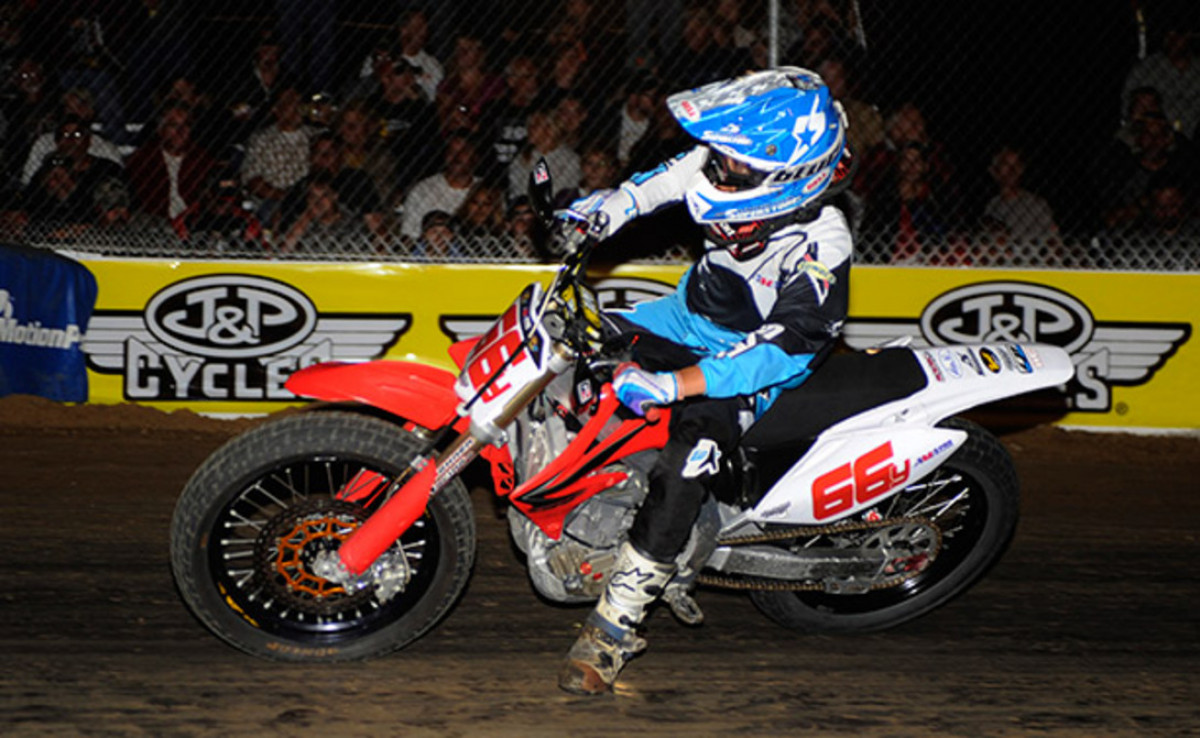 A year ago Colindres fell just short of an AMA Pro Flat Track presented by J&P Cycles victory at Castle Rock, and he said it was a sweet feeling finishing the job this time around.

"I had two holeshots and was pulling away both times last year," Colindres said. "Each time the race was red-flagged. I'm pumped to win this time around."

This year he had similar Castle Rock success but without all the stoppages that killed his momentum.

"It was a hard track to pass on," Colindres said. "I got holeshots in my races, so I didn't have to do much passing. I wanted to be smooth and not make any mistakes. Mid-corner and all the hairpins were kind of broken up and dusty, so you had to have good throttle control for those.

"Like last year I used my own personal bike for this race and had it set up pretty much the same. I was kind of waiting for a red flag during this race but it never came."

"During the main a section of my exhaust started coming off, which made my bike start running a little weird," Maguire said. "I was running fourth at the time and from there I just did what I could do and got sixth out of it, which is fine."

Maguire said nights like Saturday where he didn't have the best of finishes but still managed to stretch his lead are crucial to any championship run.

"I would have liked to have finished a little bit higher," Maguire said. "I did the best I could on a bad night and still gained ground. I'm trying to be relaxed and consistent, make the mains, and finish in the Top 10 at least. I've had two sixth-place finishes in a row, which isn't bad. In Sacramento (Calif.) I lost ground, but last night it didn't hurt me at all."

Maguire leaves Washington with a 12-point lead over Wells with five races left in the season.

Another Motorcycle Superstore Bell Helmet rider who finished in the Top 10 was Cole Anderson with a 10th-place effort.

Up next on the J&P Cycles Pro Singles schedule is the Aug. 11 Peoria TT from PMC Race Park in Peoria, Ill.