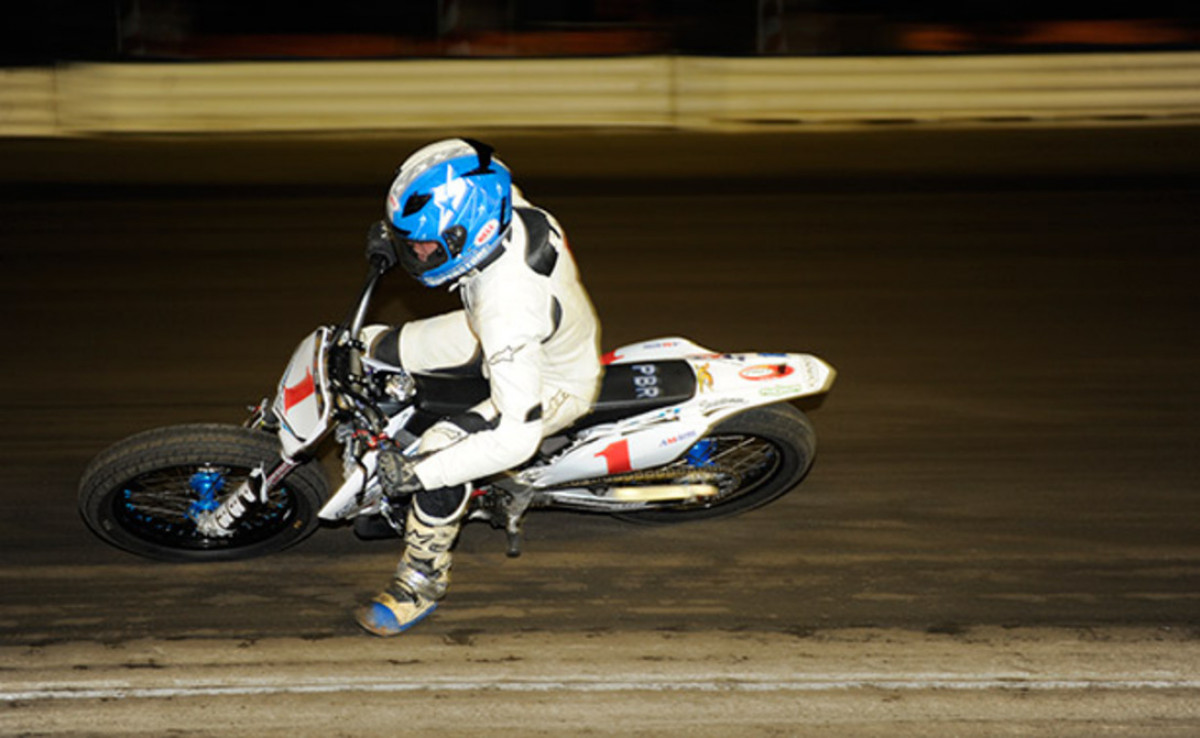 "I feel pretty confident we're going to make a comeback this season," Vanderkuur said. "It went pretty good. We were up front most of the race. We weren't able to pull off the win, but a podium is good."

"I got a good start, which is the key to most every race," Vanderkuur said. "I led it out front for a while before having a battle with Shayna (Texter, the race winner) and some other guys. I wasn't able to hang on, but Shayna is a good rider."

Wells overcame a terrible start to nearly finish on the podium and still was able to cut into Maguire's lead in Pro Lite points.

"I was back in 13th on the first lap, so I was stoked when I finished fourth," Wells said. "When I got into seventh, I saw that Maguire was a turn ahead of me. I started thinking, 'I've got to catch him. I can't let him beat me again.'

"I'm not happy unless I'm winning. I know if I would have been up front from the get-go, I would have had something for them in the end. I was surprised no one tried to draft me back when I went around them."

Wells still gained ground on Maguire in the championship standings. Maguire has an eight-point cushion over Wells.

"I made one more pass on the last lap to put another person between myself and Maguire," Wells said. "It may be just two points, but they all add up in the end."

Callies said the track went through some changes during the day, and it was tough to keep up with them.

"After that first practice we were real happy with the bike, so we kind of left it the way it was," Callies said. "By the time we got to qualifying, the track dried up a little bit and we ended up qualifying 14th. By the time the main event came around, the track got tacky again and I got a real good start and was hanging with the main pack.

"Coming out of Turn 4, I was drafting with somebody, went really high, then had to check up and swerve to keep from hitting the fence. I lost touch with the front group. I wound up battling in a group and could never clear them to get back to the leaders."

Anderson had troubles off the start that held him back.

"Somebody's handlebar got caught in my boot, which kept me back," Anderson said. "I got held up in a few corners, and I could never get back up to the lead pack."

Up next for the Motorcycle-Superstore.com Bell Helmet riders in the J&P Cycles Pro Singles division is the Aug. 3 Castle Rock TT from Castle Rock, Wash