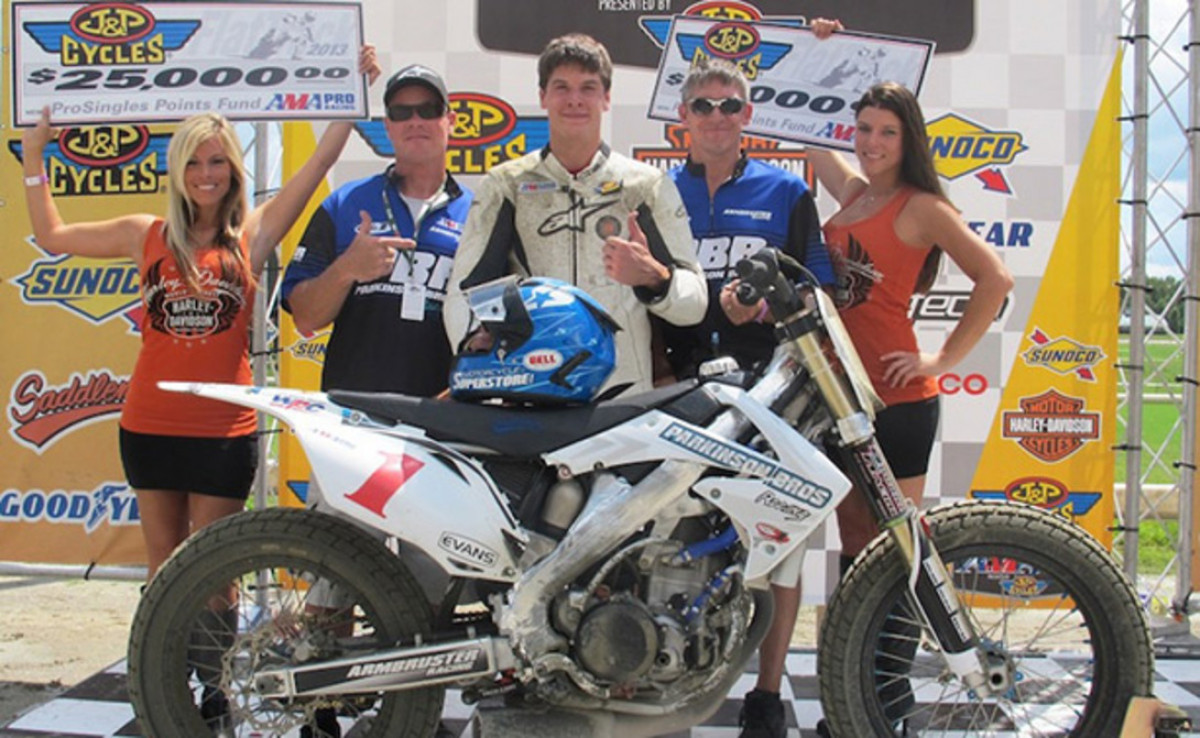 Vanderkuur was part of a three-bike breakaway that stayed glued together during the 10-lap race.

"On these big mile tracks, with all the drafting, it's like a chess game," Vanderkuur said. "You've got to play the right strategy."

He said the day started off well when he earned top qualifier honors.

"Early on the track was loose and dug up, which played in my favor," Vanderkuur said. "Later on, it brushed off down low and developed a little groove on it. This is the kind of track I like. This race was definitely up my alley."

In the main event, Vanderkuur was out of the gate early and established himself as a top contender from the outset.

"I got a pretty good holeshot and was out front," he said. "Every lap, there were a few guys battling back and forth for the lead with me. Toward the end, three of us broke away."

Joining Vanderkuur on the breakaway were Cody Johncox and Shayna Texter. Vanderkuur said the trio spent much of the rest of the race sizing one another up and figuring out where their bike was the strongest.

"We passed each other on every lap," Vanderkuur said. "It was about finding out which straightway we'd pass each other on to set ourselves up for the finish line. I didn't know if I should be leading on the back straightaway or on the front.

"Every lap I was passing going down the backstraight, so I knew I had to change it up and start passing on the front if I wanted a chance at winning."

Vanderkuur officially led three laps during the day, although the lead changed hands several times each lap and in the photo finish at the end Johncox won with Texter and Vanderkuur literally inches behind.

"At the finish, the three of us were separated by a few hundredths of a second," Vanderkuur said. "It was really close and I feel good about the way I rode."

Other Motorcycle-Superstore.com Bell Helmet riders finishing in the top 10 were Wyatt Maguire in fifth, Ryan Wells in sixth, J.R. Addison in eighth and Kyle Johnson in 10th.

With his finish, Vanderkuur was able to gain some points on Maguire , the current Pro Singles championship leader. Maguire now leads second-place Ryan Wells by five points and third-place Vanderkuur by 19 with just two races left in the season.

Up next for Vanderkuur and the rest of the Pro Singles presented by J&P Cycles riders is the Sept. 29 Santa Rosa Mile at the Sonoma County Fairgrounds in Santa Rosa, Calif. 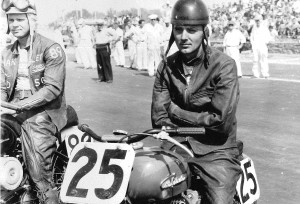